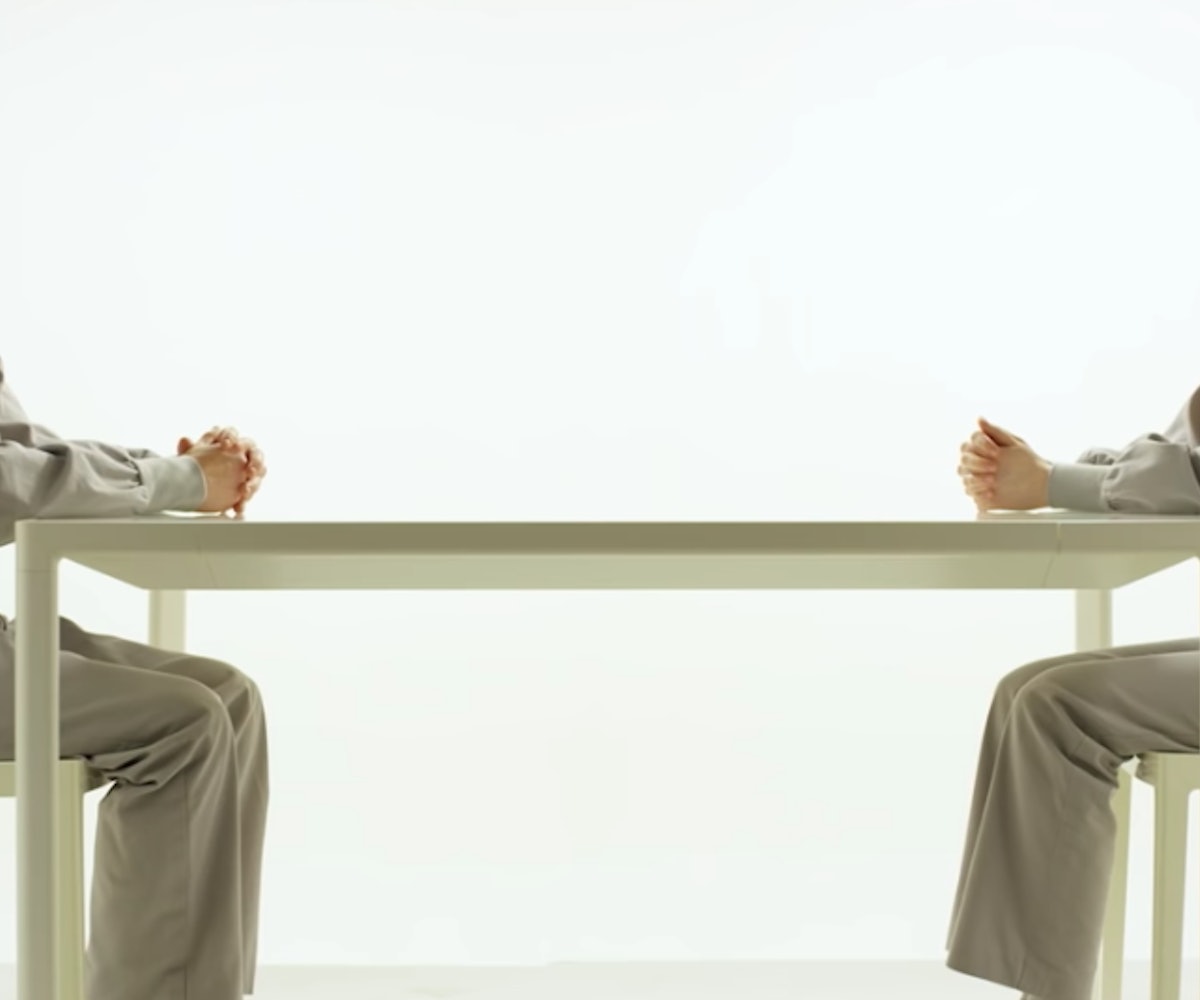 The 10-episode show follows Annie Landsberg (Emma Stone) and Owen Milgrim (Jonah Hill), who meet in a psychiatric clinic during a three-day pharmaceutical trial for a drug that claims to repair “anything about the mind,” as described by the synopsis. While Annie is fixated on her failed relationships with her family, Owen struggles with schizophrenia. They’re both drawn to the claims of the trial and are assured that there are no side effects or complications from the treatment. Obviously, that does not end up being the case.

In the trailer, Annie and Owen sit still across a table from each other in a stark white room for the entire duration of the clip. They stare at each other, not speaking, while a voice-over play, saying, “There’s no reason to believe that anything about us can’t be changed—the mind can be solved.” The only movement comes from the shifting angles of the camera, as well as a series of flickering, colored lights that flash across their faces. Try to watch this and not feel uncomfortable in the silence.

NEXT UP
Culture
Phoebe Dynevor Will Not Return for Bridgerton Season 3
Beauty
No One Does #PamCore Beauty Better Than Pamela Anderson, Herself
Culture
6 Shows To Binge Once You've Finished 'The White Lotus'
culture
Anna Delvey Is Getting A Reality TV Show
Style + Culture, delivered straight to your inbox.