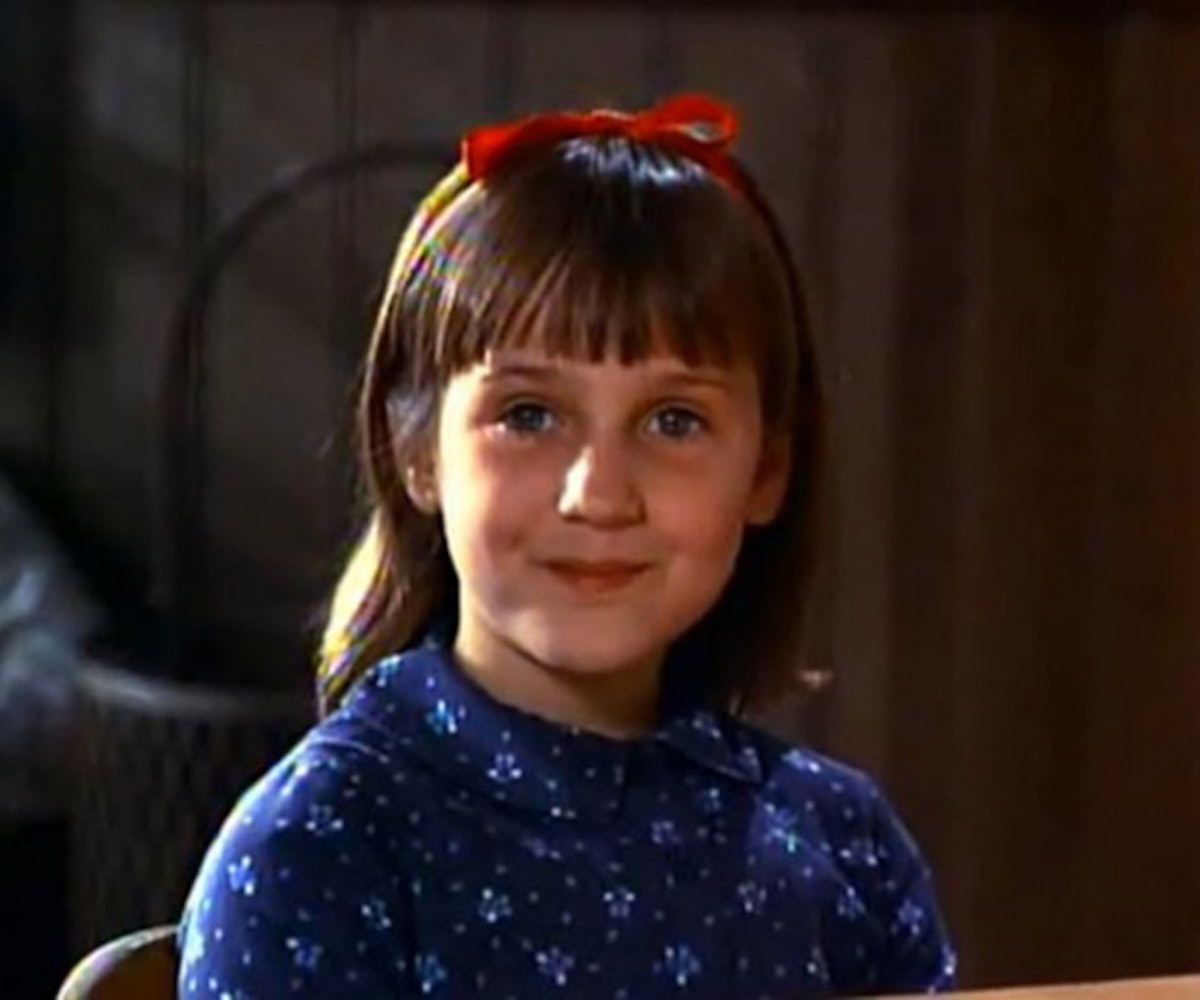 With a story focused on wealthy Wall Street bros, the film American Psycho is a film that easily does not pass the Bechdel test (a test created by cartoonist Alison Bechdel which judges a work of fiction through three questions: Are there at least two women in it? Do they talk to each other? Do they talk about something other than a man?). So when roles are reversed and women are cast as all the major parts in this film, things get pretty interesting.

In a new series called Swapped, created by comedian Dani Faith Leonard, gender swaps place women in movie roles held originally by men—and in the first episode of the series, Jared Leto’s role of Paul Allen is helmed by none other than former Matilda actress and current playwright/writer/feminist Mara Wilson.

In the well-known scene, the Wall Street execs have an intense—and absurd—comparison of one another’s business cards, which sheds light onto the wholly ridiculous competitive nature of the boardroom. "Psychopathic, villainous characters are never played by women,” producer Zoe Samuel told Refinery29. “It also gave us the opportunity to talk about what a corporate drone’s uniform looks like for a woman, especially in an image we’ve never seen: that many women in a boardroom [with] powerful positions.”

This first clip from the series points at the very visible issue of the lack of diversity in women’s casting, but hopefully with outspoken women like Leonard and Wilson bringing up this problem in a creative, thought-provoking way, we can continue to move towards more inclusivity in the film industry.