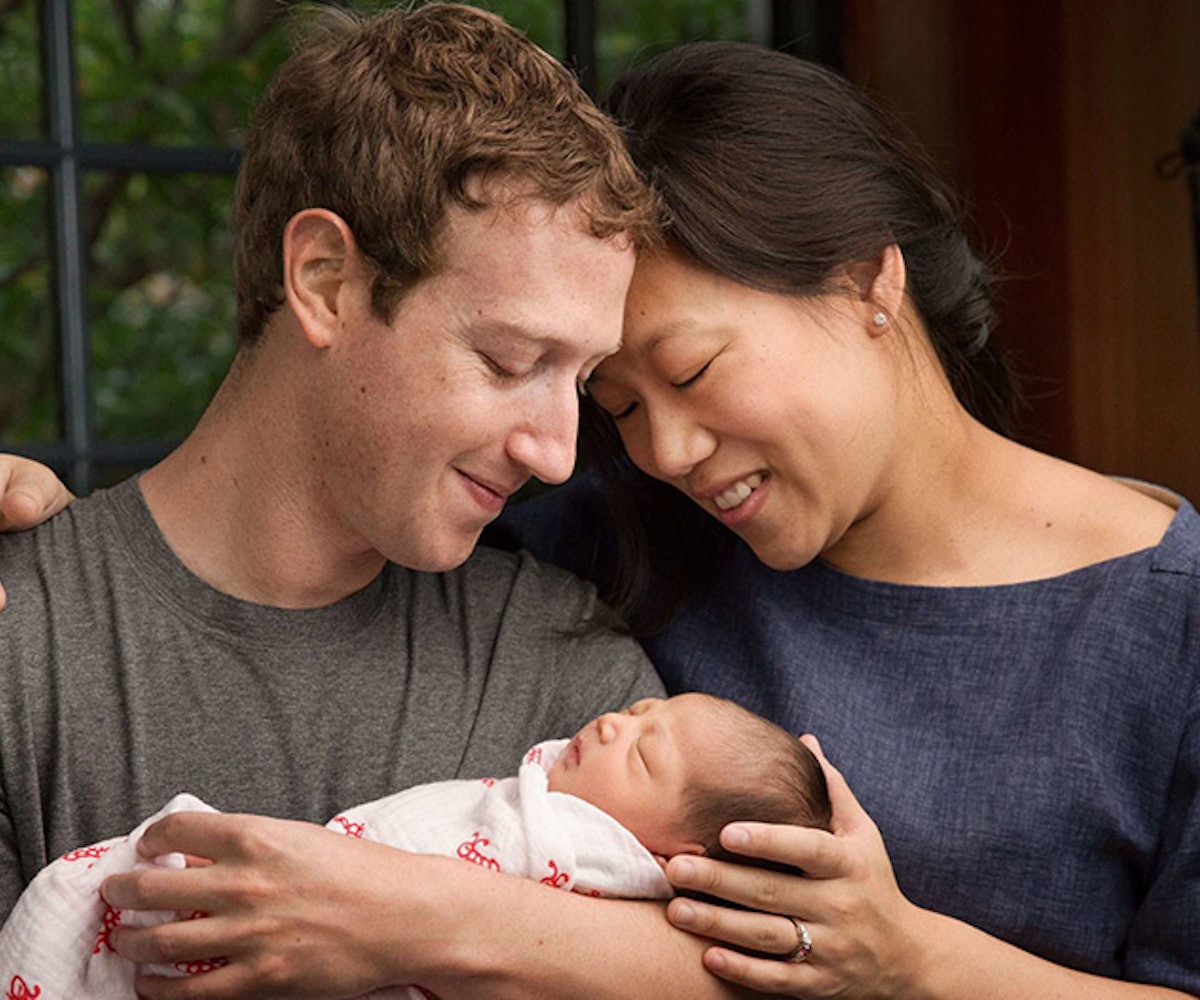 Mark Zuckerberg announced the birth of his daughter Max by vowing to give away 99% of his Facebook shares.

In a letter to their new daughter, named Maxima Chan Zuckerberg, Zuckerberg and his wife Priscilla Chan express their hopes for the world in which Max will grow up in. “Like all parents, we want you to grow up in a world better than ours today,” it reads. It then goes on to describe the good things that are happening in the world, despite the negativity the media likes to report on. Together, he and Chan will hold up their “moral responsibility to all children in the next generation” by “committing to spend our lives doing our small part to help solve [these challenges].” (Zuckerberg spends much of his letter outlining various hurdles the world still needs to jump over, like bridging the technology gap, fighting poverty, increasing access to education, and curing illness.)

The Chan Zuckerberg Initiative he writes of will help “advance potential and promote equality for all children in the next generation.” As a sort of footnote to his whole letter, Zuckerberg says that he and Chan will “give 99% of our Facebook shares” to helping the mission. (Said shares amount to around $45 billion.)

Outside of the initiative, Zuckerberg has more plans to expand his philanthropic efforts by joining forces with Bill Gates to start the Breakthrough Energy Coalition, which will invest in zero-carbon energy tech across the wold.

See? The cocky Mark Zuckerberg from The Social Network is long gone.