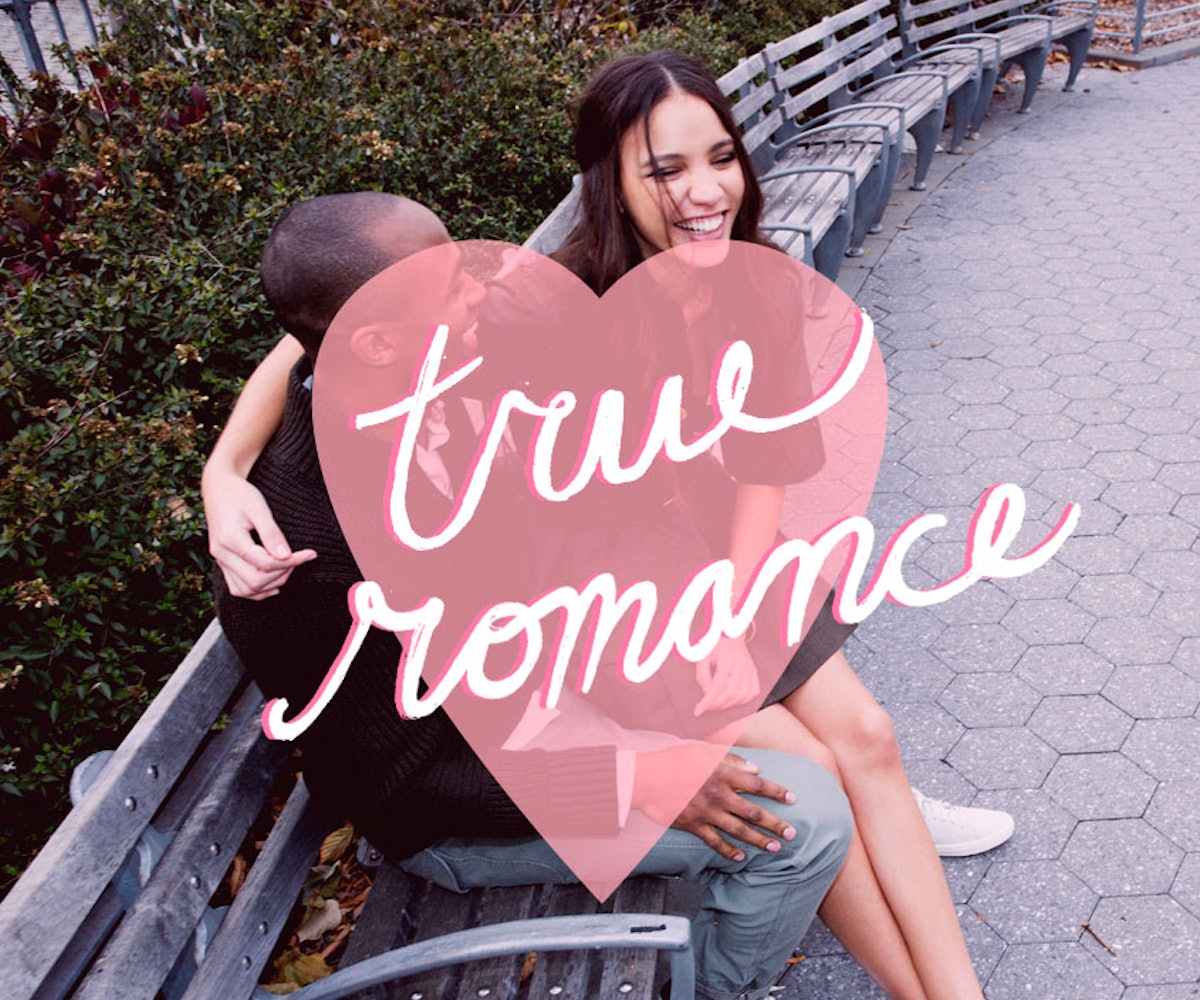 Welcome to True Romance, our brand-new series of awww-inducing love stories. Don't worry, though, these essays won't make you gag: We're all about the real talk when it comes to finding your person. Here, you'll find honest, funny, surprising, touching, moving stories—because at the end of the day, who doesn't want to talk about love?

I’ve known Nick since I was 14. We were introduced at a ska show in the town I grew up in. I fell in love with him instantly, in that intense teenage way, and have yet to fall out.

We spent our high school years getting to know each other while fighting, falling in love, and finding ways to kill time in suburban New Jersey.

When he went away to college it felt like the end of the world. During college we broke up, decided against it, broke up again, and did that weird thing where you’re dating but like, not really dating.

He is half of my favorite teenage memories.

Like the night in high school that I dyed my hair right before we went sledding down the giant golf course hill on a tiny plastic sled. Every time we crashed at the bottom, I left a trail of hot pink snow behind me. I was completely under-dressed, totally frozen, and I laughed the whole way down.

He’s also half of the not so great ones.

Like the time I was in community college, working two shitty jobs (one of which required wearing a Hawaiian shirt and serving food in my local mall) and dealing with a grandmother who just had a major stroke. Nick left school and surprised me outside of my job at 9am, breakfast in hand. I was so relieved to see him, I could actually feel the tension leaving my shoulders, a phenomenon I have yet duplicate.

It’s become impossible for me to think back on that time without conjuring up an incredibly strange mix of images; short vignettes that enter my brain whenever I see a certain place, wear a particular thing, or hear a specific sound.

All of these memories are mixed together in my brain. They remind me of who I am and where I’ve been. And how far we’ve both come.

I will never forget the night he told me he loved someone else. I thought I’d never forgive him for it. But I did. And it’s as much a part of our history as my memory of the night he asked me to marry him—clear-eyed and unusually serious, overlooking a lake at 2am, as we both stood in the snow.

For more True Romance, check out:

I Met My Soulmate At Whole Foods