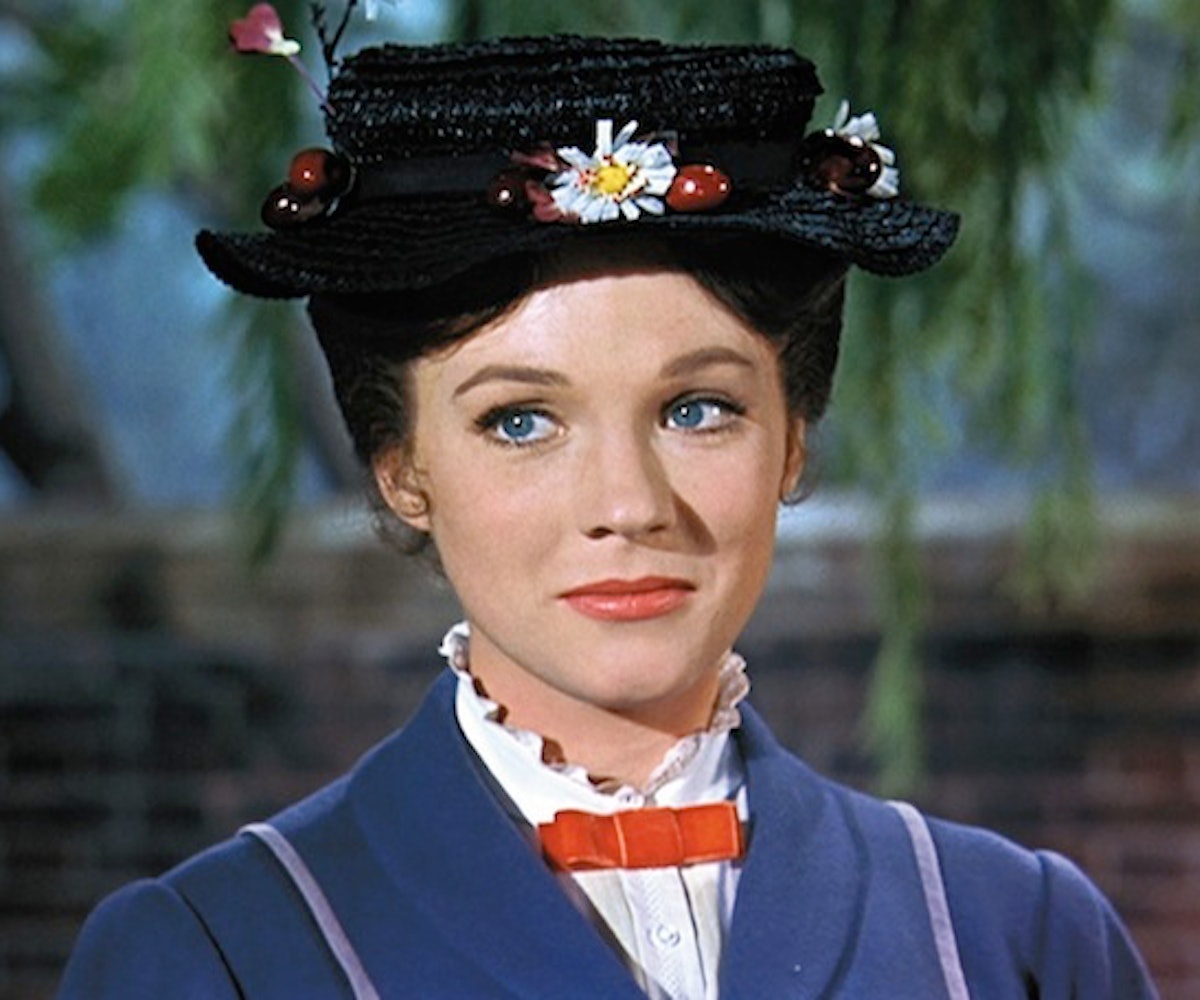 In supercalifragilisticexpialidocious news, EW is reporting that Disney is doing both the obvious and the unthinkable and has greenlit a new Mary Poppins movie. Rob Marshall, who last made Into the Woods for Disney and who is Hollywood's go-to guy for big-budget, high-profile musicals, has already signed on to direct.

The new movie will be set in Depression-era London, placing it 20 years after the 1964 classic, and will be based on the rest of author P.L. Travers' eight-book series (the original film was largely based on the first book). However, the movie is not being called a sequel by Disney, but it will "explore Mary’s further adventures with the Banks family and beyond, as illustrated by Travers’ seven additional novels.” That means that Poppins will be recast, meaning an actress will have the unenviable task of filling the shoes of Julie Andrews, who won a Best Actress Oscar for her iconic portrayal.

We would have loved to see an original story that sees Andrews reprising her role as an older Mary Poppins who has to teach her apprentice the dark arts of umbrella flight. But if a new Mary Poppins has to be cast, then Amy Adams or Kristen Wiig are the obvious and only choices.