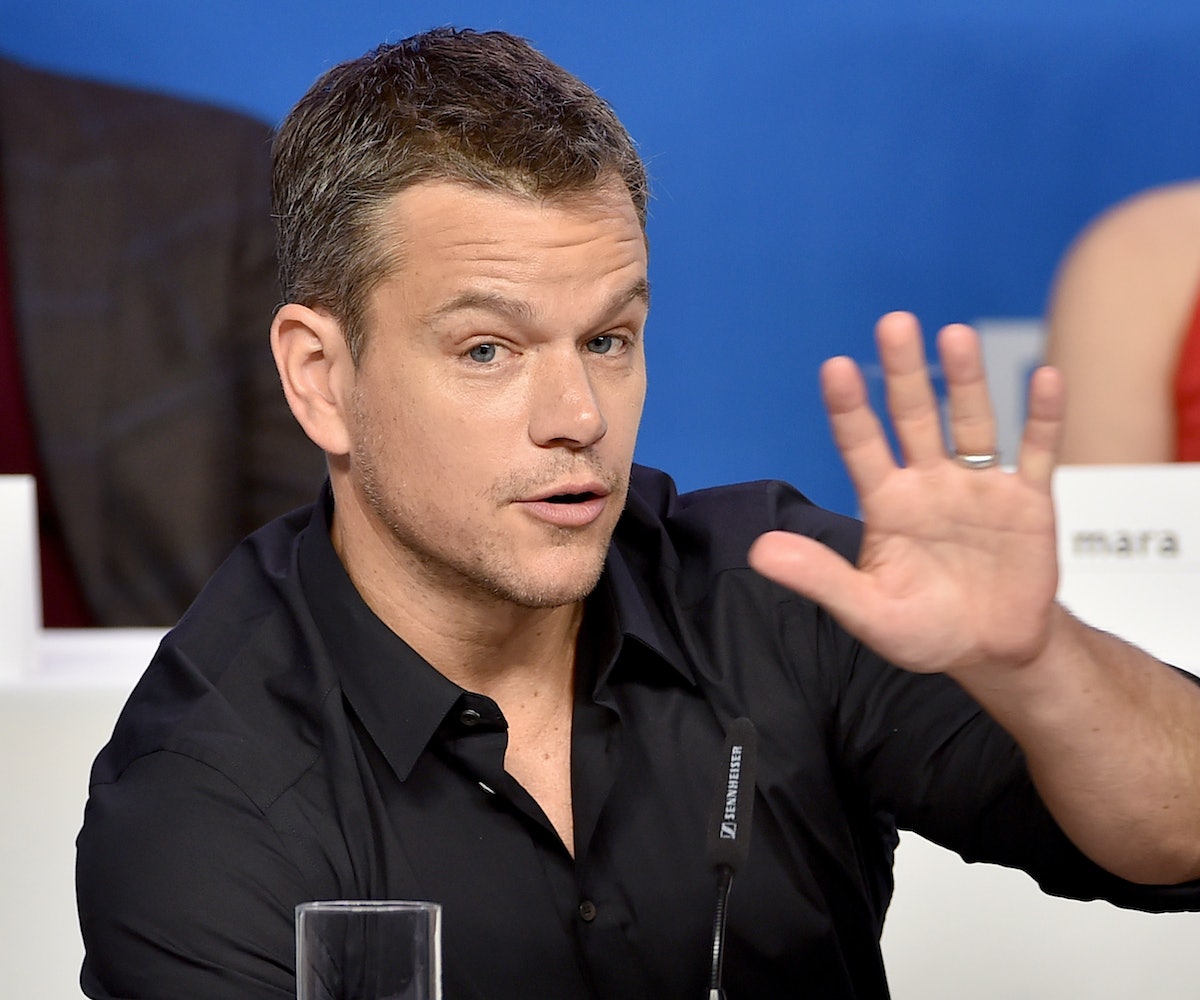 If you hadn’t noticed, the media at large has been talking a lot about the sexuality of some of our favorite actors lately: Tom Hardy, Cara Delevingne, Kristen Stewart, etc. Well, Matt Damon has now jumped into the fray via an interview in The Guardian that should be praised for its frankness, if nothing else.

When asked if LGBGTQ actors have a hard time in Hollywood, The Martian star responded, “I’m sure. When Ben and I first came on the scene, there were rumors that we were gay because it was two guys who wrote a script together.” Yep, he went for it. The two longtime buds have been the subject of such talk for decades, despite all evidence to the contrary (and it not really being anyone’s business). To our minds, this is the first time either of the actors has brought up the subject unbidden.

“I know. It’s just like any piece of gossip… and it put us in a weird position of having to answer, you know what I mean? Which was then really deeply offensive. I don’t want to, like [imply] it’s some sort of disease—then it’s like I’m throwing my friends under the bus. But at the time, I remember thinking and saying, Rupert Everett was openly gay and this guy—more handsome than anybody, a classically trained —it’s tough to make the argument that he didn’t take a hit for being out…I think it must be really hard for actors to be out publicly…But in terms of actors, I think you’re a better actor the less people know about you, period. And sexuality is a huge part of that. Whether you’re straight or gay, people shouldn’t know anything about your sexuality, because that’s one of the mysteries that you should be able to play.”

Now, it couldn’t be said that Damon, a cis male, has hidden his heterosexuality in any way, so it’s odd that he’s suggesting all thespians play this sort of magic act. It’s also a little much for him to be suggesting that actors “should” mask themselves, but we get what he’s saying: Actors should be able to present themselves in a role to the audience without their off-screen sexuality informing the reception of their performance. Personally, we just feel it's up to the media and the audience not to bring those details into the movie theater, rather than the actor's responsibility to keep them out of view. Of course, neither the media nor the public at large is mature enough for that yet, so Damon's trepidation about sharing seems to be a natural—if not fully appreciated—reaction.

Now, some publications have gone ahead and said that through these comments, Damon is calling for all gay actors to stay in the closet. As we said, the word “should” is a tad problematic. The idea that this very progressive man is calling for a return to the past, however, seems pretty far-fetched.

Anyways, it’s an interesting angle on acting from someone who’s played LGBGTQ characters to acclaim and, at the same time, seen colleagues fall short of their potential simply because they lived LGBGTQ lives offscreen. Interesting, even though it's not our own.