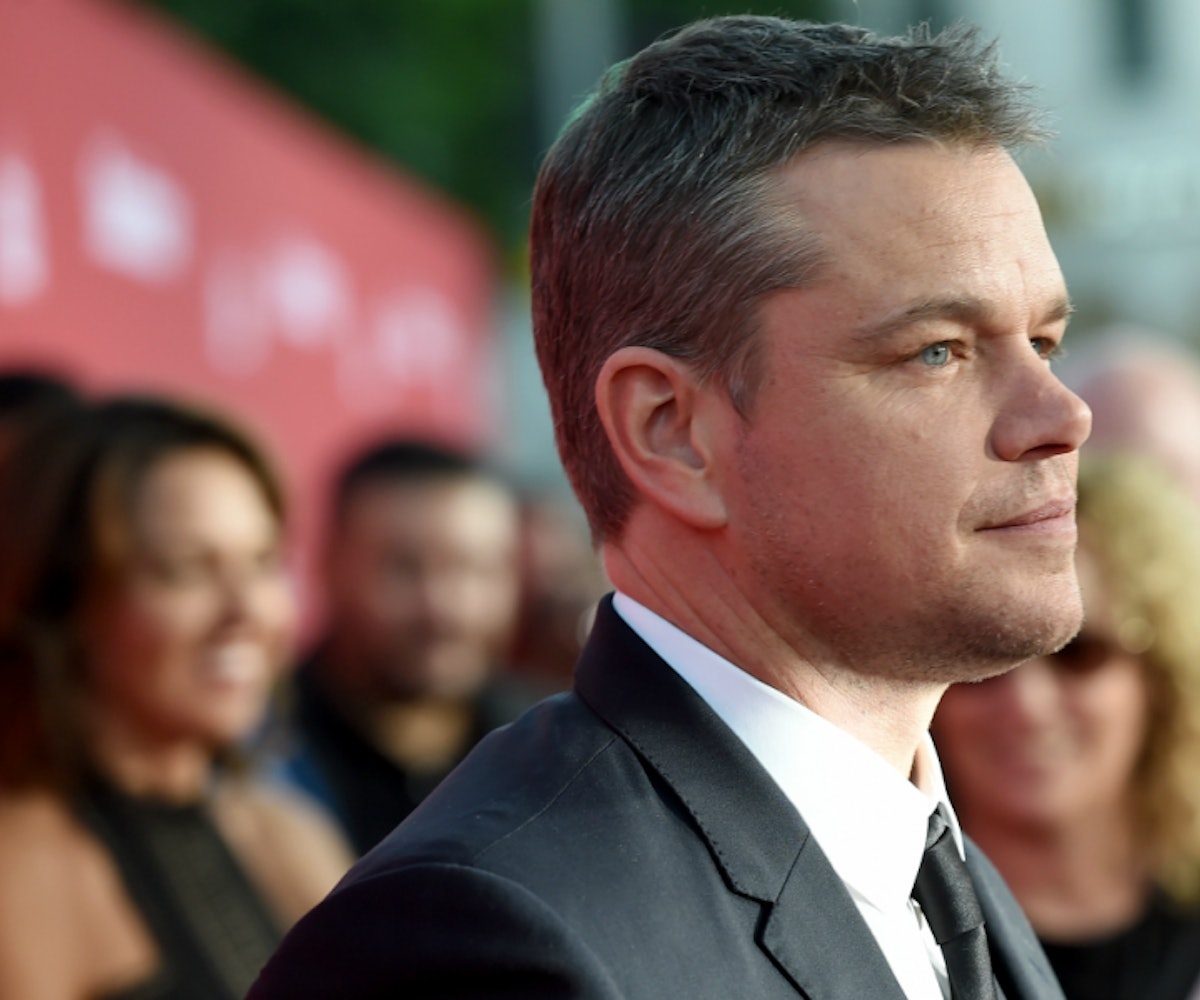 In a new interview with AFP, director Terry Gilliam claims there is a "mob" of victims of sexual abuse who are out to get innocent men like Matt Damon. Okay, let's unpack that for a second.

Last year, Damon criticized the Me Too movement, explaining that "there’s a difference between, you know, patting someone on the butt and rape or child molestation." Thanks, Matt! Obviously, women everywhere wanted him to STFU, and now Gilliam is saying that's mean and men like Damon are the real victims in all of this.

“I feel sorry for someone like Matt Damon, who is a decent human being,” Gilliam told AFP. “He came out and said all men are not rapists, and he got beaten to death. Come on, this is crazy!”

First of all, nobody ever said "all men are rapists," so there's no need for anyone to clarify that an entire gender of people aren't predators. And women don't think that patting someone on the butt is always equivalent to child molestation, so implying they do is awkward and inaccurate.

While all Damon faced was criticism on the internet for his thoughtless remarks, Gilliam claims he was basically murdered. "The mob is out there, they are carrying their torches and they are going to burn down Frankenstein’s castle,” he said. This kind of hyperbole—conflating criticism with being murdered by a mob? Seriously?—is ridiculous and unnecessary, and completely ignores the importance of survivors of abuse speaking out in hopes of finding justice and creating change.

Gilliam added, “people have got to take responsibility for their own selves" and there is "no intelligence anymore" when it comes to sexual assault accusations. He thinks it's a "world of victims," claiming some women who were sexually abused by Harvey Weinstein "knew what they were doing," and that they were simply "adults with a lot of ambition."

While it may be true that these women are ambitious adults, that ambition has nothing to do with Weinstein thinking it's appropriate to jerk off into a potted plant in front of them. And the fact that that sentence even needs to be written is why we have the #MeToo movement.

The British director went on to criticize Brexit, saying, "It makes me feel like I've gotten very old and I am living through a nightmare world at the moment."

And to that, women everywhere said, "same."