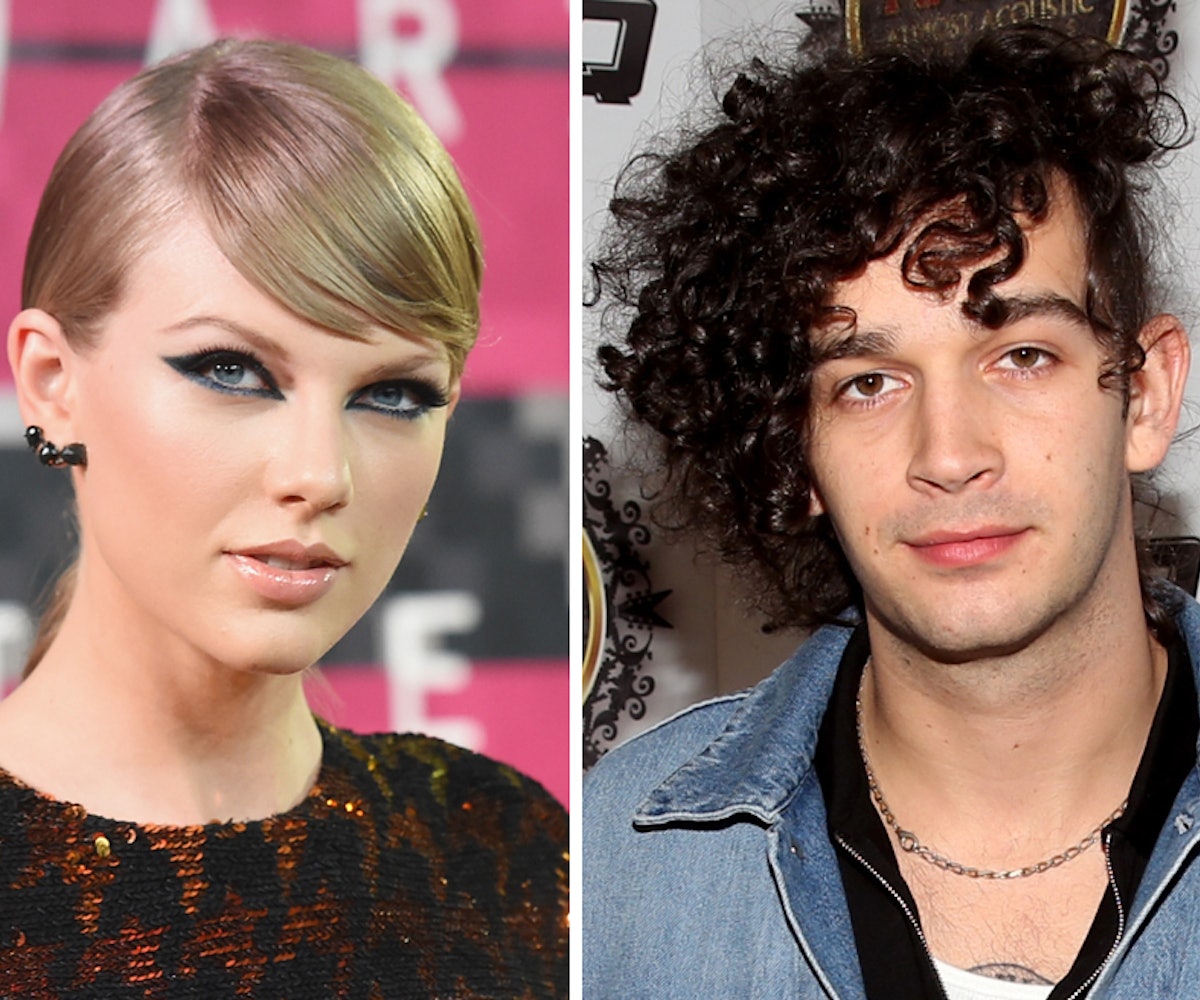 Let it never be said that we don’t enjoy The 1975. We do. A new quote from the band’s lead singer, Matt Healy, however, is not exactly likable.

During an interview with Q magazine, Healy opened up about his very brief interaction with pop star Taylor Swift—an interaction that, because we all gobble up every detail of T-Swift’s life like mac and cheese, became international news.

“I don't do anything else, right, so it doesn't leave a lot of room for me going out, or shagging someone,” Healy said. “So the one time I did have a flirtation with a girl it ends up going everywhere.... I mean, I got on E! News and people were like, ‘Who's Matt Healy?’ so that was cool.” It’s easy to read that last bit as sarcasm.

It’s a legit complaint. No one, not even our pop/rock gods, should have every bit of their lives filtered and repackaged for public consumption. He’s right to point out that it isn’t “cool.”

What he said later in the interview—of which we only have excerpts at this time—wasn’t cool either. “If I had gone out with Taylor Swift I would've been, ‘Fucking hell! I am NOT being Taylor Swift's boyfriend,” he said. “You know, ‘FUCK. THAT.’ That's also a man thing, a de-masculinating, emasculating thing.” This is where we lose Healy.

Yes, it would be very, very difficult to date someone who is the target of so much press attention. Frankly, it’s amazing Calvin Harris does it at all. Healy brings this up throughout the interview. However, saying that you don’t want to be the second most famous person in a couple, that you don’t want to be reduced in the public consciousness to only the significant other of your significant other, is only the most regressive and, frankly, lame sense of the word, “a man thing.” That's at least, how we interpret what we think Healy is trying to say.

While it takes a strong person to stay with someone who lives in the glare of the incessant flashbulbs, it would take a very weak man to feel “emasculated” by it. We like The 1975 and Healy, but equating personal pride and masculinity is a very 20th-century notion. Basically, someone needs to get woke.