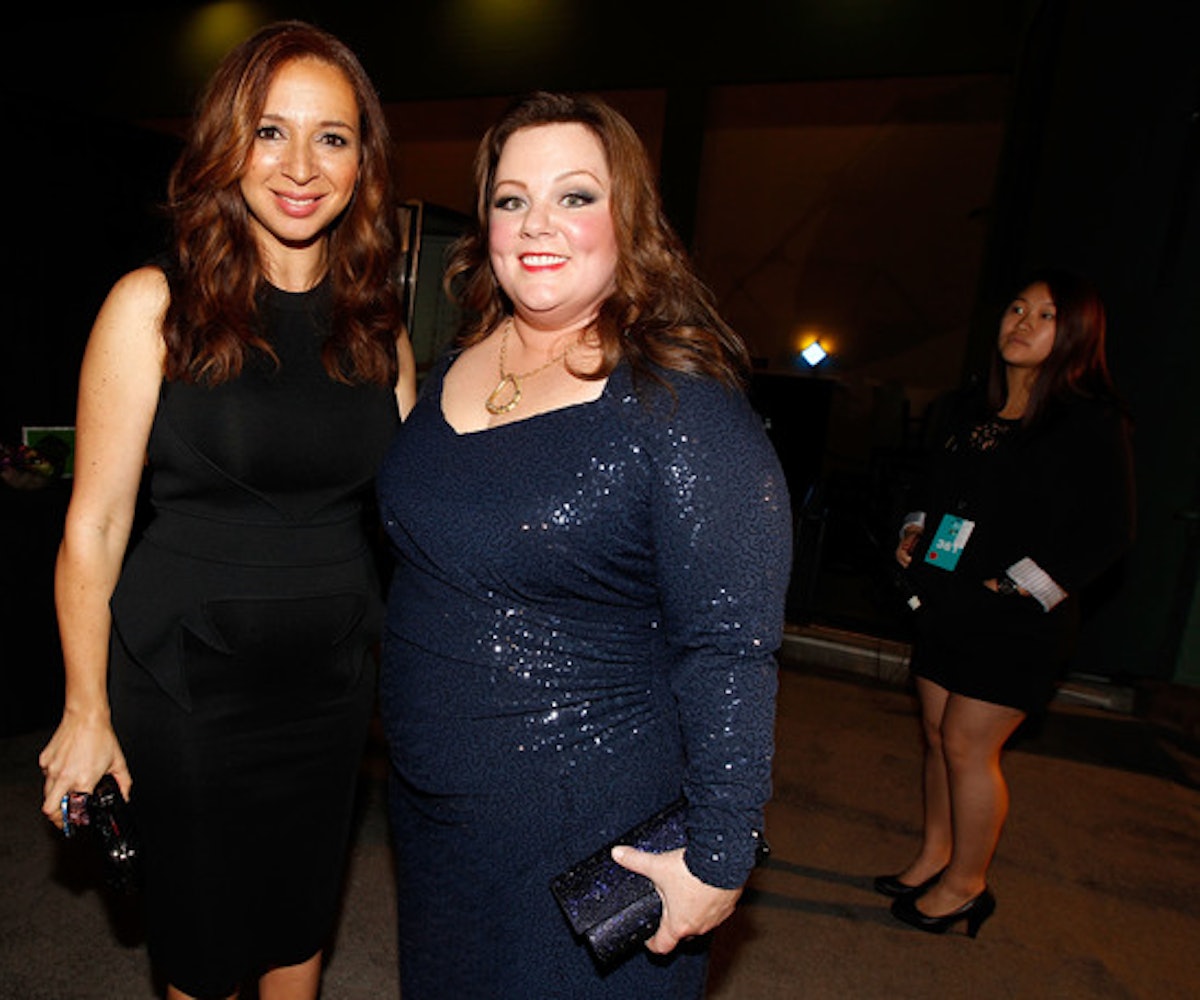 It appears that Maya Rudolph and Melissa McCarthy will be stepping out of their Bridesmaids dresses and into a new dark comedy. Variety reports that the longtime friends and frequent collaborators will star in an upcoming dark comedy called The Happytime Murders. The film's plot is centered in a world where puppets and humans co-exist. After a puppet cast member of an '80s children's show, "The Happytime Gang," is murdered, though, two "clashing" LAPD detectives (one human and one puppet) are forced to work together and solve the mystery.

McCarthy signed on to the film in May, and will also be co-producing it. At the time of the announcement, McCarthy said in a press release that the script "combines puppet strippers, Los Angeles’ underbelly, and comedy," which leads us to believe that pretty much anything could happen. The film begins production this month and has yet to slate a release date. Jamie Foxx has been rumored to join the cast as well.

There's no word on what roles the duo will be playing, but if it's anything like their characters Megan and Lillian from Bridesmaids, we're sure it'll be nothing short of hilarious. In the meantime, you can catch up on all your McCarthy-Rudolph feels in their upcoming film, Life of the Party, slated to release next May.