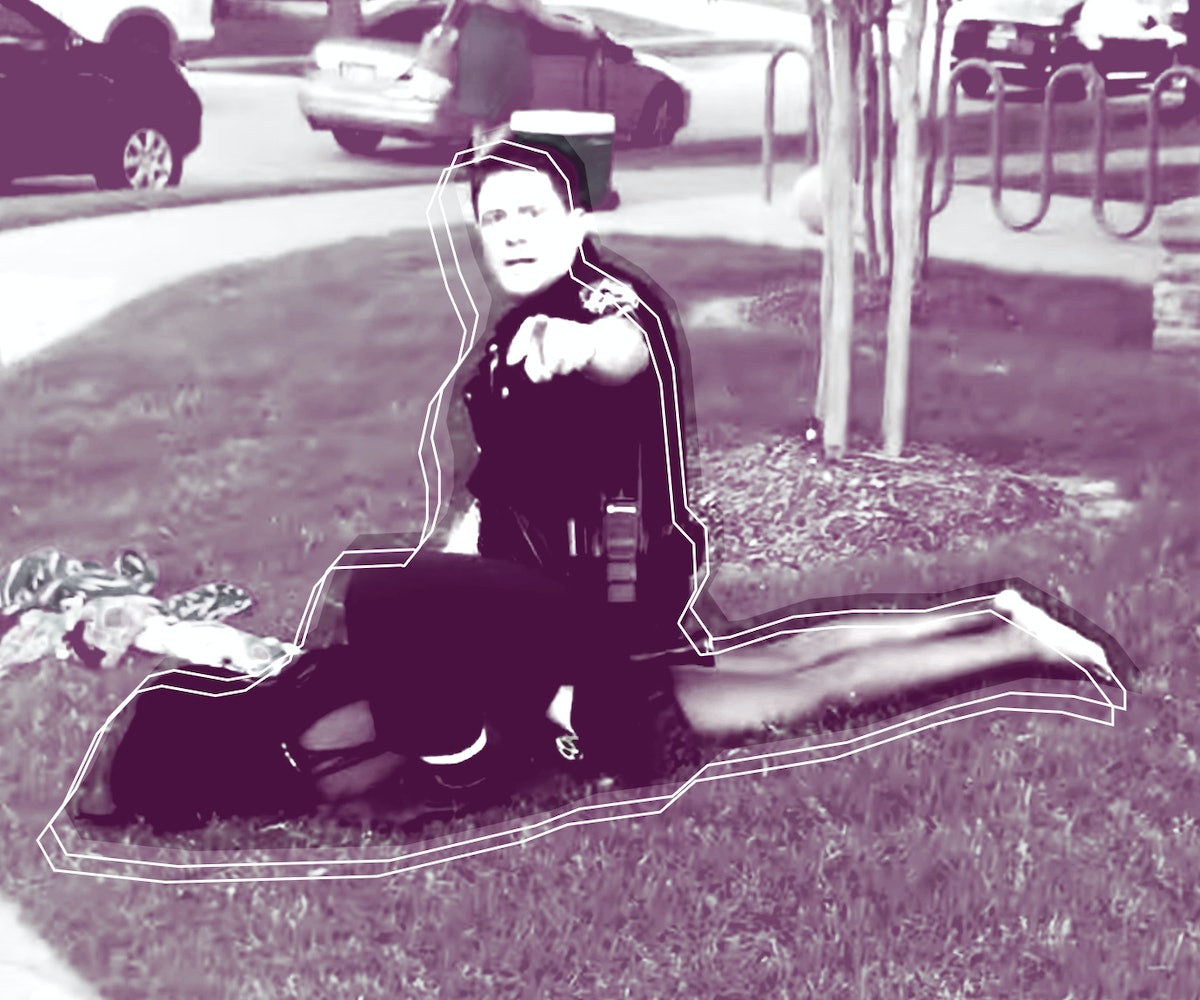 These days, videos depicting police brutality have been surfacing at an alarming rate, calling attention to — but not necessarily resolving — an issue that has plagued communities for decades. The latest of such revealing clips comes out of McKinney, Texas, where a pool party took a turn for the worse on Friday.

Around 7:15 that night, cops responded to a "disturbance involving multiple juveniles at the location, who [did] not live in the area or have permission to be there, refusing to leave," who were also fighting, according to the McKinney Police Department's Facebook page. However, over the weekend, a video was uploaded to YouTube that showed one of the officers, Eric Casebolt, using excessive force against 14-year-old Dejerria Becton, kneeling into her back and dragging her across the grass by her braids. When other teens attempted to come to her rescue, the cop drew a gun on them, despite the fact that they were unarmed.

As with other incidences of unjust police action that have gone viral, outrage sparked on social media over the weekend, with many tweeting #McKinney as they elaborated upon what happened. A few things soon became clear: The fighting occurred in response to racist comments from members of the predominantly white suburb directed toward black teens at the pool, and the only people to have been targeted by the cops—including Becton—were black.

The heartbreaking truth is that white cops singling out black people who aren't deserving of castigation is nothing new. What is less common, as pointed out in Chaedria LaBouvier's piece for Elle, is for the victim to be a black woman. "The list of victims of police brutality includes women, too, many of them Black: Rekia Boyd. Aiyana Jones. Yvette Smith. Jessie Hernandez," says LaBouvier. "Almost none of these women received justice or inclusion into the national dialogue." For that reason, the Twitter campaign #SayHerName was created to draw attention to the black female victims of police brutality who often get overlooked because until justice is served, the least we can do is to make sure these stories are heard. LaBouvier articulates it best: