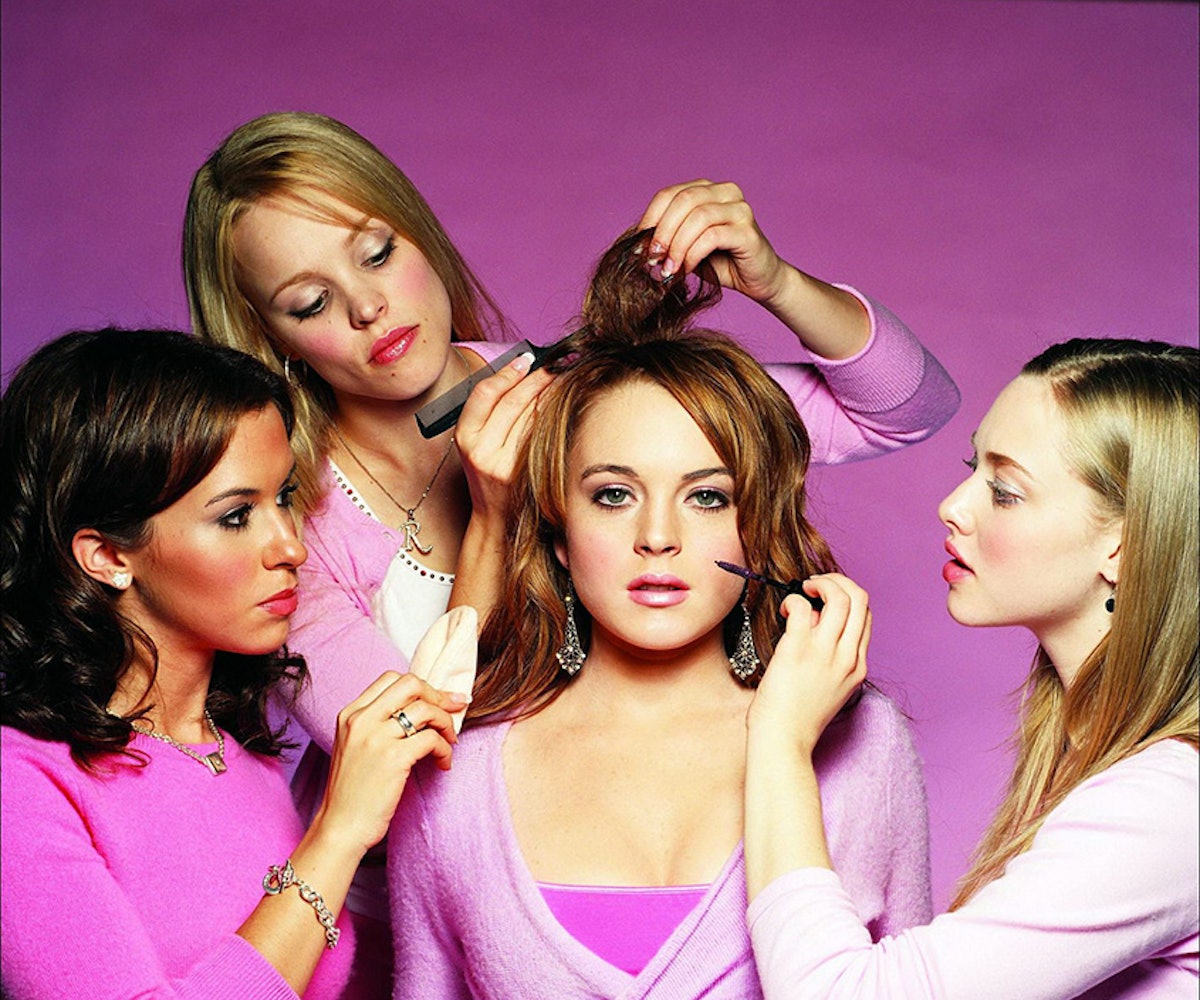 If you've spent every Wednesday since April 30, 2004 wearing pink, you have Mary Jane Fort to thank. As the costume designer for

, which celebrates the 10th anniversary of its release this month, Fort created the iconic wardrobes of the Plastics, Cady Heron, and the rest of the movie's cast.

So obviously we had to get Fort on the phone to talk about Cady's miniskirts, Regina's pink outfits, and how

changed the way a generation dressed. Yes, it was pretty much the best thing ever, so read on to find out the secrets of Fort's costume magic.

Watching Mean Girls now is sort of nostalgic. I wore those clothes in high school.

You had those outfits before you saw the movie or after?

I don't know, probably after. You know, Mean Girls sort of became a documentary.

We wanted it to be realistic, but it also has a timelessness. In costume design, you need to always project a little into the future because the movie came out in 2004, but we actually made it in 2003. So we had to be a little ahead of the game and look at a lot of different things. One of the first things you do when you want to go to the future in this country is you go to European fashion and see what they're doing, and then you take those colors and shapes and you try to modify it to fit a contemporary lifestyle. For

we also went back in the world of when women and girls actually dressed to go to school. In the '50s your nails were done, your hair was done, and your dresses were impeccable. So it was a little bit of a combination of the future and the past and gave it a contemporary feel.

How much research did you do in high schools and with teenagers?

We read millions of teen magazines and looked through millions of high school yearbooks from all over the country. But real schools are not quite as glossy, and we wanted a little more gloss just given the subject matter of the group. It's called the Plastics. They're the fashion dictators of the school, and we wanted them to be more like the brightest, shiniest ball on the Christmas tree. And then we set people in around them as far as the costumes go.

What were the major differences in wardrobe between Lindsey's character, Cady Heron, and the Plastics?

We tried to have a little bit of individuality in the group. Regina sort of told everyone else what to do. Within the realm of that, Gretchen was a little more demure and a little sweeter, which sort of evoked the cardigan, and Karen was truly the follower. She would do a little bit of either Regina or Gretchen, and they would tell her what to do and she would do it. When you put Cady into the mix, and she begins to surpass Regina is when it became really fun. Regina slips into her Juicy warmups which, at the time, was kind of couch potato-y. Janis and Damian do not look like the Plastics at all, but have their own sense of style and have their own wills. They have a plan too, but it just might not have been the plan of the Plastics.

How did you work with the dialogue, which was so fashion-based?

Tina really has a plan and a vision in everything that she does. It was a great collaboration, and it was also so helpful to have her there with us because we could look at it and she she could say, "Oh no, this is what I thought, but now that I see it, you're right we should go this way," or, "No, no, no, no we should go this way." I think it was when Cady wears the pink polo shirt, we first thought maybe it shouldn't be that oversized for a petite girl, but Tina said "No, no it should really look like she's in Damian's shirt." It was great to have a sounding board, and it helped it all make more sense when you're all there and you're all together and you can look at it and talk about it.

What was it like collaborating with the girls on their costumes?

They're all great and wonderful, and were so much fun to work with. I believe Lindsay was the first one we began to work with, and then the others came in. You just start trying on the proper shape, the proper styles, and then put that over in a corner, and you begin working with the next actor and doing the same. They were all of course, and they still are, young and beautiful, so that is half the battle. There was nobody that we had to make look better. They had boundless energy. They were all forever agreeable to try on, and try on. Lindsay had the most costume changes, probably around 59, but each one of them had over 30 changes.

DId anyone want to keep anything?

Yes, and they did. They liked a lot of their outfits, which I'm glad about. I'm always happy when I'm able to help them become who they need to be to tell the story.

Did you ever think the film would be of such massive cultural importance?

No, not at all. When you make a film, it's a long period of time, usually. I think we probably shot for four months and prepped it in advance, so it's like six or seven months of your life so to speak. And that was shot in Canada, so I would constantly have to have shoppers in L.A. and shoppers in New York, who would send things in. You just get going and everyday is so busy that you get lost in the process and enjoy the process. I don't ever think of how it will turn out because my part is done after a point. But I'm delighted over the way that it has struck a chord, and people quote it, and people still watch it.

I think you started a movement with "On Wednesdays, we wear pink."

[Laughs] Well, that was Tina Fey! I'm glad, and pink is one of my favorite colors. The whole thing was fun, and I'm just glad it's had staying power.

If the Plastics were around in 2014, what would they be wearing now?

Oh, let me think about that. I would think that the color pink has gotten a little brighter, maybe it's more magenta than the pale pink that we used. The skirts might be a little longer, the shape might be a little different. I'm probably not saying exactly what you'd like me to say, but honestly in the realm of 10 years it's probably just the silhouettes that have changed.

Do you ever go home and think about the fact that you changed the way teenagers dressed for like 10 years?

No, never. Honestly, never. But I'm happy if it had a positive effect.

Did you have a favorite costume or scene that you costumed?

I enjoyed the Halloween party--that was fun to do. I also liked the "pink Wednesday."

The halloween costumes--were you worried teens would try to dress like that?

Hopefully it wasn't too bad, too overt. I think that Rachel as the bunny was the most intense. Actually though Lacy--I'd forgotten about that rubber suit. I've seen worse. At least they were going to a party! [Laughs] I've seen people off the 3rd Street Promenade [in Santa Monica] dressed like that. But no, I guess I should have been concerned, but I don't think we really were.

The Santa outfits they were--well, those were a little scanty weren't they? What we didn't want it to be--and hopefully it's not--we didn't want it to be trashy. And so there was a little element of some sort of taste. Also, by now the shapes are all so different. Now you'll see someone in a tight skirt and a looser T-shirt or looser sweater, but 10 years ago everything was really tight. The midriff was showing.

My favorite outfit is the one when Cady has really transformed into a Plastic, and she has on the pale blue tracksuit top with the pastel plaid miniskirt. I want to be wearing that right now.

Colors did play a huge part in it. That's a really great image because we wanted it to be the candy that you want. You know that candy store, Dylan's Candy Bar? When you see this group, you want to feel like you walked into something delicious and wonderful even though it's kind of bad for you.