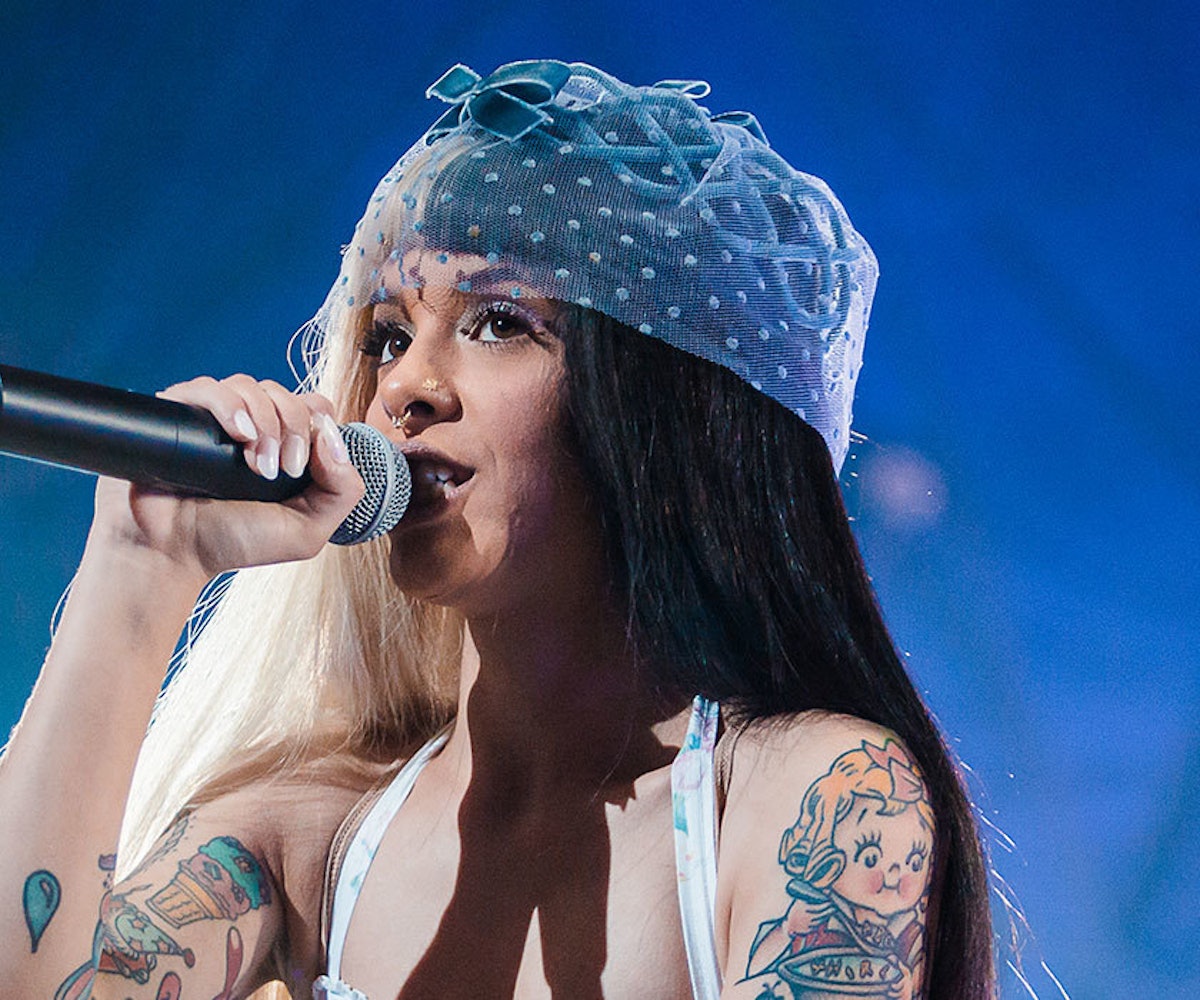 Melanie Martinez says she is "horrified" and "saddened" by her former friend, fellow musician Timothy Heller, saying Martinez sexually assaulted her. Heller shared her story via Twitter earlier this week, emboldened by the #MeToo movement, as a means of showing how abuse of any kind can happen between anyone, including close friends.

Heller details a period of two nights she shared with her then-best friend Martinez. Despite Heller repeatedly declining Martinez's advances, Heller claims Martinez was insistent to the point that Heller "just wanted it to be over." Heller also mentions the codependency of the friendship and the toxic ways it affected her self-esteem.

Martinez addresses their relationship in her response, shared via the Notes app on Twitter, saying they both "had pain in dealing with our individual demons," and that they "were trying to lift each other up." Martinez says Heller "didn't say no" to what they did together. Various Melanie Martinez fan accounts have shared their support for Heller, assuring her what happened to her was not her fault, with some fans calling Martinez's response out as unconvincing. Others remained neutral.

Following the watershed moment of the Harvey Weinstein expose, some musicians have faced allegations of sexual abuse and assault. However, it seems like it's just the tip of the iceberg, and that, despite there being glaring evidence and many so-called "open secrets," there are many more stories—similar to Heller's—yet to come.