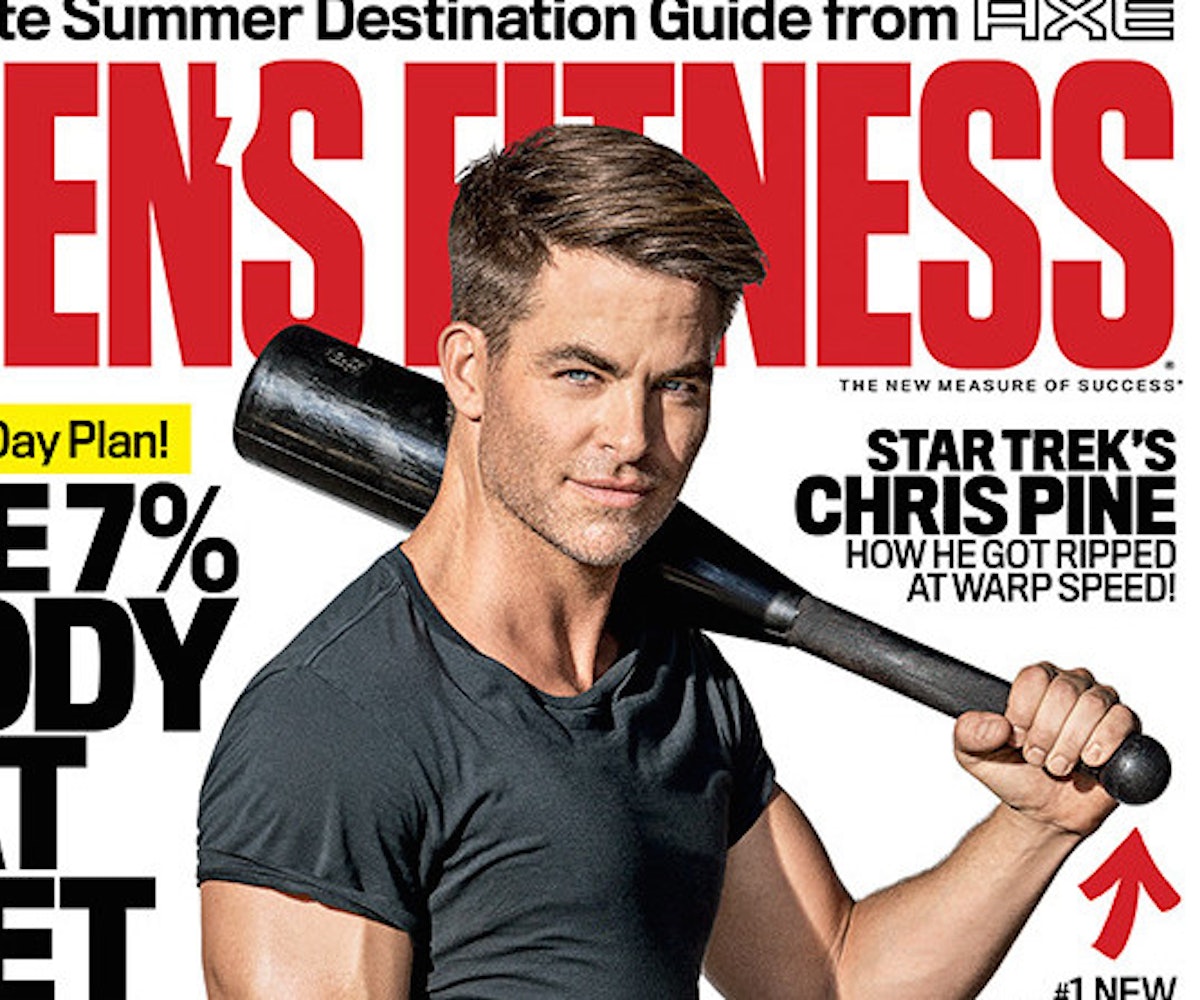 Except, apparently, for self-proclaimed pick up artist Nick Savoy, who published an article on Men's Fitness called "How To Turn A No Into A Yes." The gross and rape-y title is followed by disturbing and harmful "advice," in which Savoy teaches men how to ignore a woman's rejection and eventually earn a "yes" at the bar, on a date, in bed, and in a relationship.

In the article, Savoy encourages men to be rude and inconsiderate of women's personal spaces: "Let’s say you’re at a bar or club or somewhere where it’s unreasonable for a woman to get upset if a man approaches to make conversation. You walk up to her, but before you can open your mouth, she says, 'Move along, dork.' You can respond right back with, 'Oh, I love this game. Um, um... okay. You’re a spoiled brat. Okay, your turn.' If you do it in a playful tone, you should get results."

He also suggests that by "plowing ahead" despite a woman's disinterest, women will fall for how the man "didn't give up too easily."

While everything Savoy writes is disgusting and offensive, the portion on sexual consent is straight up alarming. Savoy starts out by saying "No means no. You'd have to be a psychopath or an imbecile to dispute that," but follows up with a pyschopathic and imbecile paragraph on how to try and manipulate a woman into changing her answer. He suggests that sometimes women say no because they're concerned with silly consequences, and it's up to the men to figure that out and address them so they can get on with sex. His flawed logic not only perpetuates the myth that women are fickle and don't know what they want, but it also encourages men to disregard a woman's rejection, which quickly gets into very rape-y territory.

The article has since been deleted and removed from the site, but it's a serious issue that it got on there in the first place. The fact that a magazine with a heavily male demographic is publishing articles that water down the concept of consent is very obviously very problematic. Instead of telling girls to cover up their bodies and insinuating that women are "asking for it," it's time to focus our energies on the message we're sending to boys: No is no, and there is no reason you should be trying to change that. We need publications to promote the message that a woman's "no" is to be respected, instead of taken as a light suggestion.