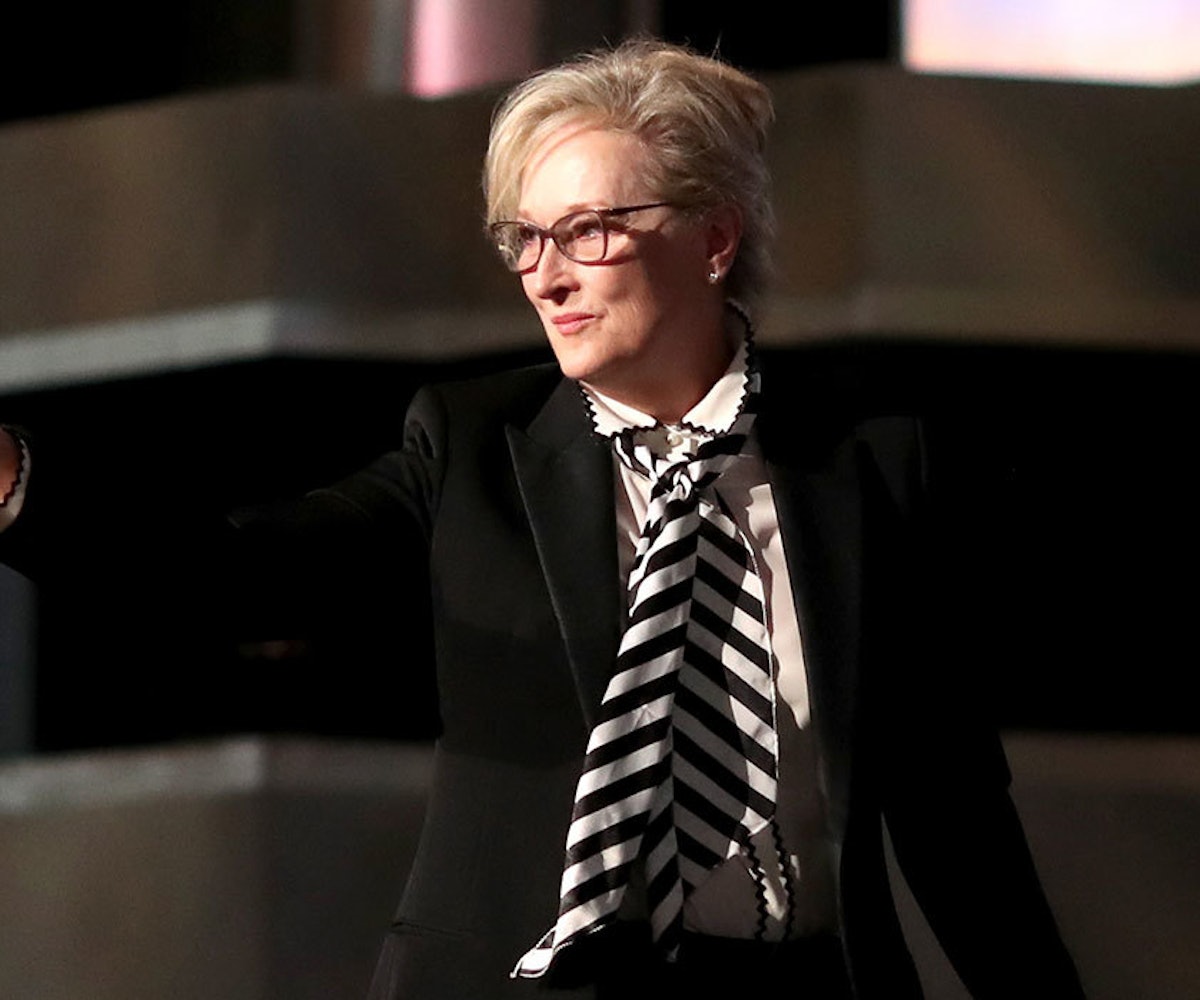 Meryl Streep has been caught in a catch-22 of sorts since the fallout surrounding the Harvey Weinstein revelations and #MeToo movement. Her immediate silence in Weinstein's wake, which she eventually broke via a statement to the Huffington Post a mere few days after the damning New York Times exposé, was seen as problematic to some, namely Rose McGowan. Streep was called a hypocrite and accused of being complicit with Weinstein's predatory behavior so much so that she inadvertently became the face of a smear campaign claiming she knew the whole time. Streep's story, her insistence that "not everyone knew," hasn't wavered though.

Today, Streep expands on her days-long silence. "I found out about [Weinstein] on a Friday and went home deep into my own life," she tells The New York Times. "And then somebody told me that on Morning Joe they were screaming that I haven’t responded yet." (The pressure stems from her being a frequent star in many of Weinstein's movies.) "I really had to think," she continues, "because it really underlined my own sense of cluelessness, and also how evil, deeply evil, and duplicitous, a person he was, yet such a champion of really great work."

When asked about what she thinks of people waiting for her to speak, Streep takes the focus off herself and puts it on Melania and Ivanka Trump, two women closely linked with a man who has been accused of over 20 instances of sexual misconduct, President Donald J. Trump. "I want to hear about the silence of Melania Trump," she says. "I want to hear from her. She has so much that’s valuable to say. And so does Ivanka. I want her to speak now."

Streep doesn't go into specifics, but she does briefly share her own #MeToo experience, saying she was "really beaten up." Streep doesn't name names, citing forgiveness and a hope for a future of stronger accountability. This has, of course, ruffled a few feathers, but to Streep's point, calling out those who mistreated her years ago may not be the best way to move forward. It's not a dismissive let bygones be bygones mentality; that doesn't create progress. What does is the momentum of women speaking and standing up in solidarity with one another to hold those with any sort of power, men and women included, accountable. She says, "I do think if the world is going to go on, we have to find out a way to work together, and know that it’s better for men if they respect us deeply as equals."

Speaking to the "overstepping" her Kramer vs. Kramer costar Dustin Hoffman did when he slapped her in one particular scene, Streep says these type of actions are being corrected right now because of the #MeToo movement. "They’re not politically corrected; they’re fixed," she continues. "They will be fixed because people won’t accept it anymore. So that’s a good thing."

NEXT UP
Entertainment
Paul Mescal & Emily Watson On The Quiet Depth Of 'God's Creatures'
Entertainment
A New Trailer Explores The Dark Side Of 'Barney'
Entertainment
Sophia Anne Caruso Makes Her Own Rules
Beauty
Olivia Cooke’s Beauty Evolution, From Indie Ingenue to ‘House Of The Dragon’ Queen