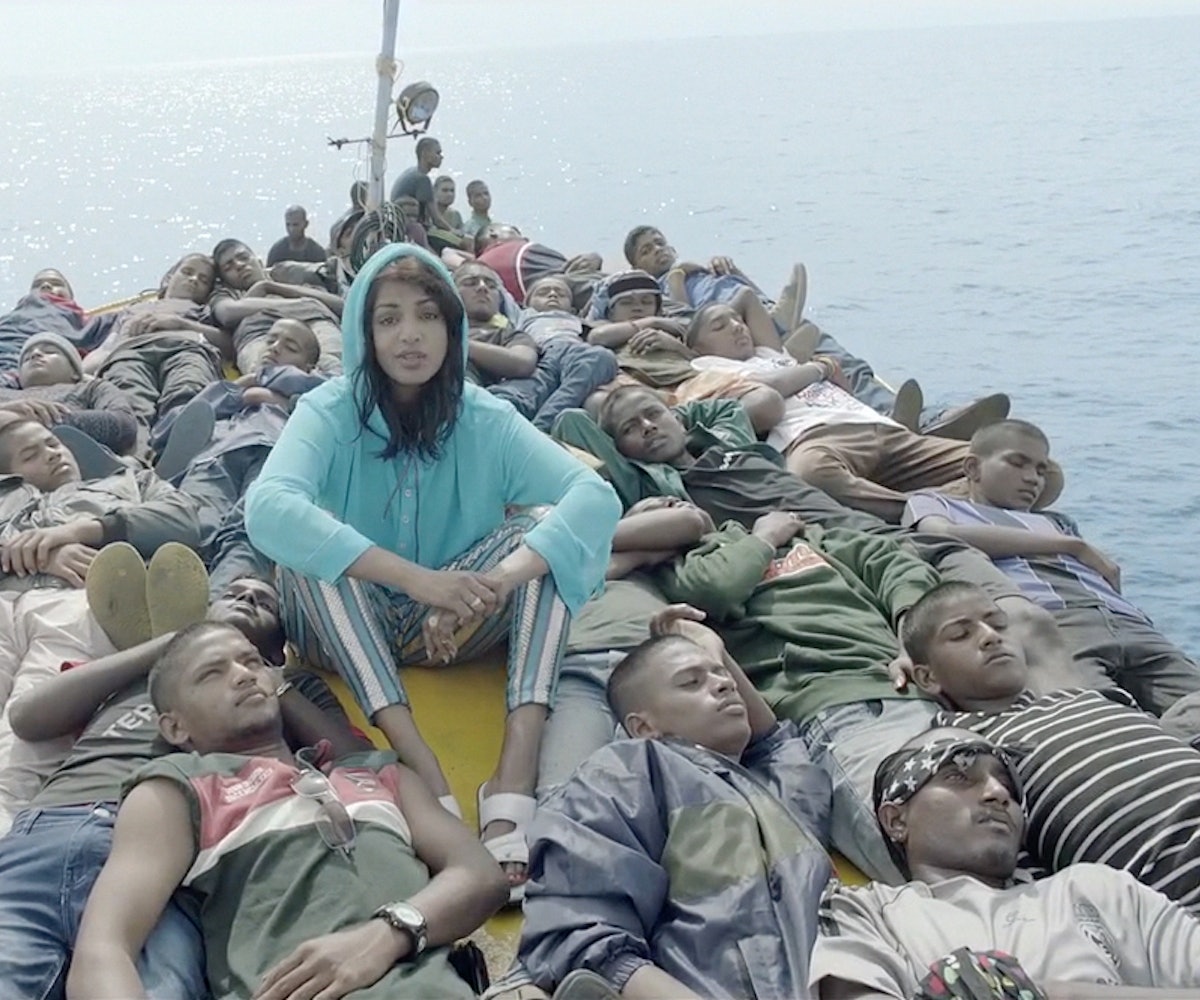 M.I.A is no stranger to making politically charged statements in her music and videos, and her latest single off of her forthcoming fifth album, Matahdatah, couldn’t be more timely. In the recently released track “Borders,” M.I.A. wants you to get off the Internet to stop and think about the current global refugee crisis and why countries around the world aren’t opening their borders to refugees.

Now, she’s shared the equally powerful video for the song. In the self-directed clip M.I.A. immerses herself in a band of refugees climbing barbed-wire fences, cramming onto small boats, and wading through water as they attempt to flee their war-torn homes. It not only shows a small part of the terrifying struggle people experience while in limbo between their unstable home countries and hopefully crossing borders into safety, but also calls for compassion.

The video’s stunning visuals are all the more compelling when juxtaposed with the simple, but impactful lyrics, but most of all with M.I.A. herself. The rapper was a Sri Lankan refugee who fled her native country in the middle of three-decade-long civil war.

Watch the video above and re-think your concept of borders.