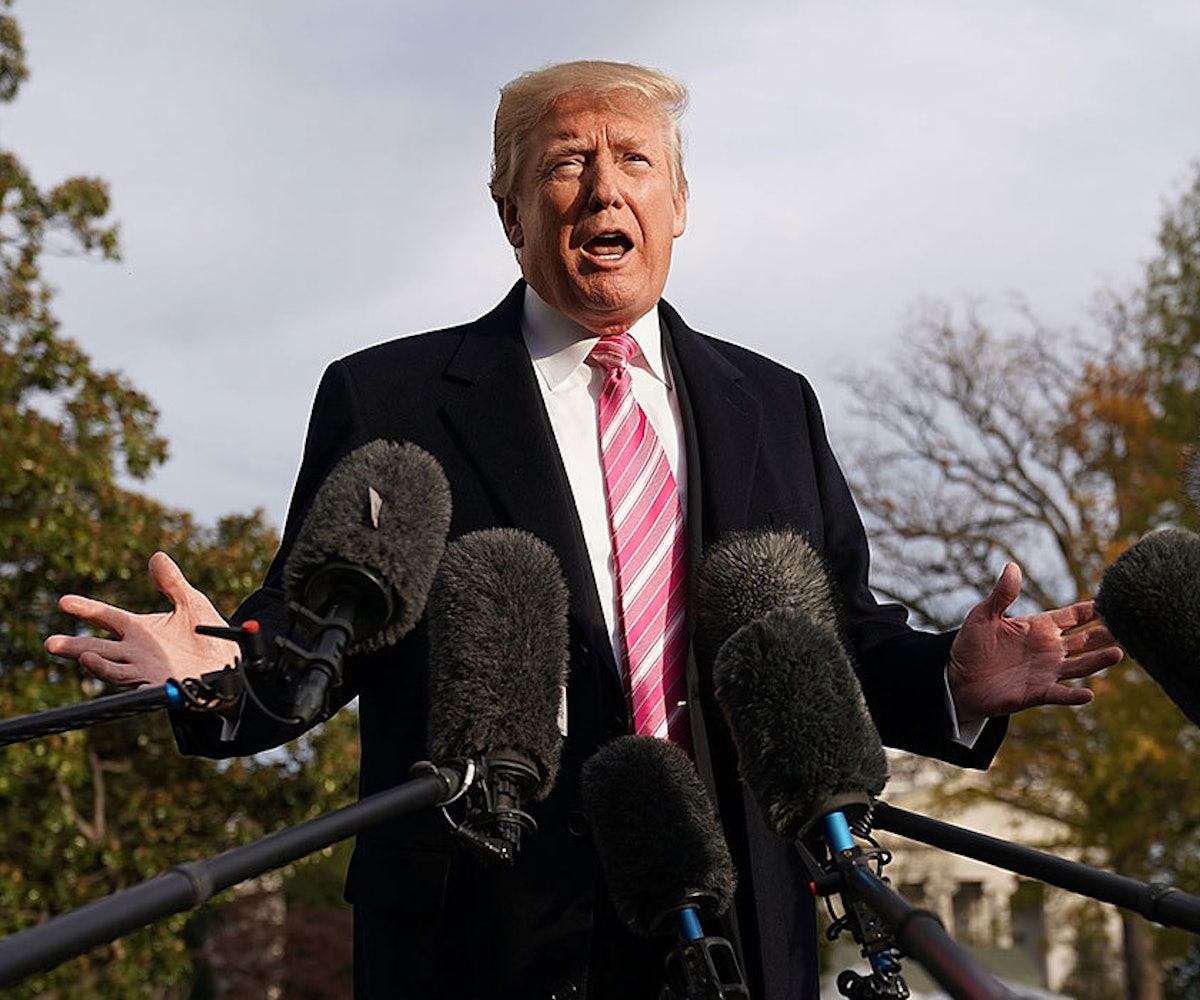 Trump's house of cards is falling. Today, former national security advisor Michael Flynn pled guilty to lying to the FBI about conversing with Russia's then-U.S. ambassador Sergey Kislyak. He is said to be cooperating with Robert Mueller's special counsel investigation into Donald Trump's Russian connections during his 2016 presidential campaign. Flynn is now currently preparing to testify that Trump directed him to make contact with the Russians as a candidate. And so it begins.

Flynn's indictment is the fourth in Mueller's investigation, but the first to come from inside Trump's inner circle. Trump's former campaign chairman Paul Manafort and his deputy Rick Gates pleaded not guilty to their indictments over money laundering with the Ukraine, while Trump's campaign foreign policy advisor George Papadopoulos pleaded guilty to making false statements to the FBI about official connections with the Russian government. Manafort, Gates, and Papadopoulos were operating on Trump's campaign periphery; Flynn, meanwhile, was given free reign to chose what role he wanted to play in Trump's official White House administration. He lasted 24 days as Trump's national security advisor before being asked to resign as news broke he misled Vice President Mike Pence about the nature of his contacts with Russia.

Suddenly, this tweet from Flynn in 2014 has a whole new meaning.

What this boils down to is a foreign power was invited into and had influencer over the American presidential election. This is, obviously, not good. We don't know the exact details yet, but Mueller's investigation has now infiltrated Trump's inner circle—meaning someone, somewhere within Trump's White House has some conspiracy explaining to do.

Don't expect Trump to share his thoughts in 280 characters or less, though. There are rumors he's been barred from using Twitter.

Meanwhile, maintenance requests at the White House say the building is infested with cockroaches and vermin. Sounds about right!