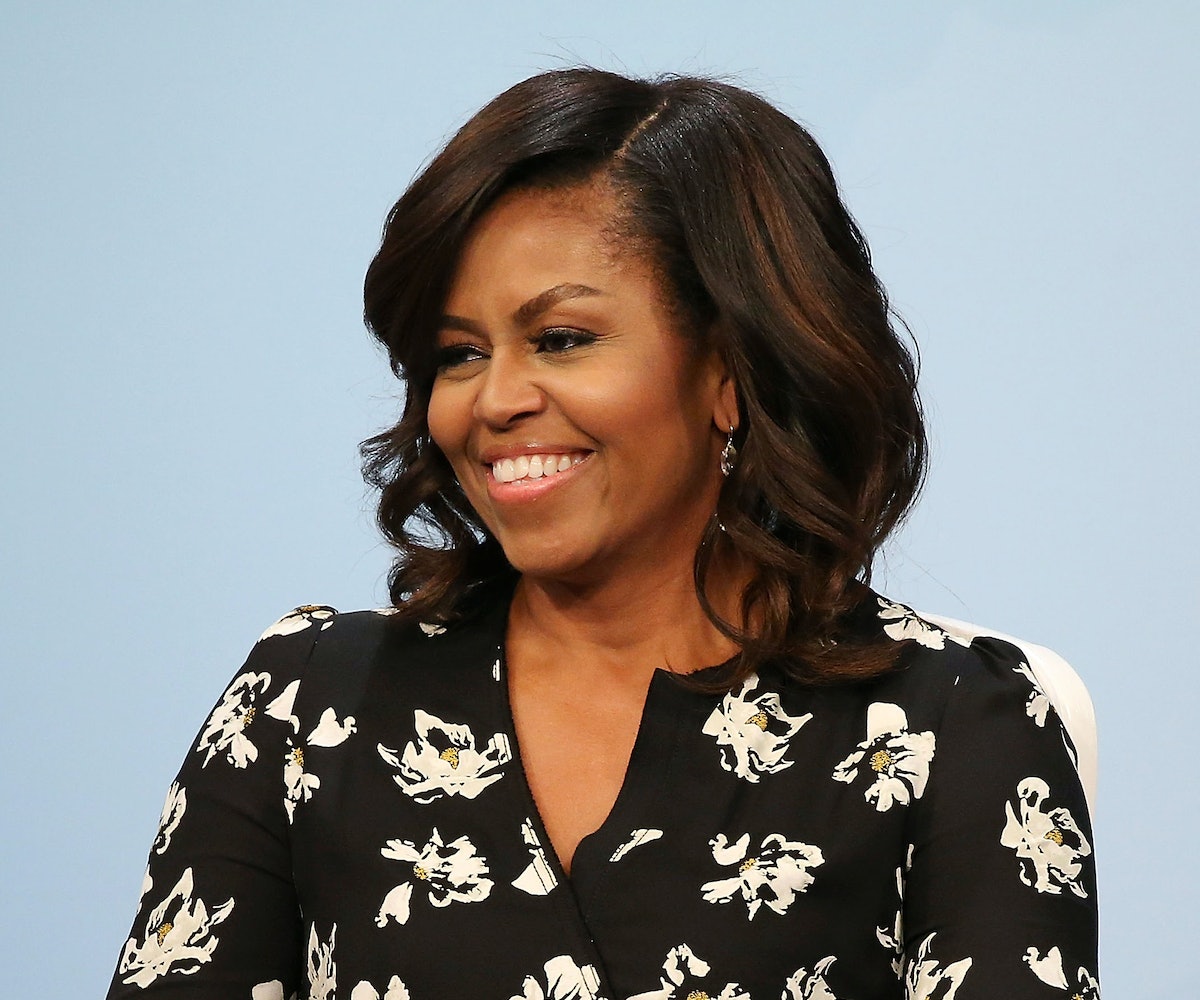 As much as we want this election to be over already, we're really going to miss having Michelle Obama as the First Lady of the United States. Earlier today, she once again expressed her support for Hillary Clinton while also denouncing Donald Trump at a rally for the democrats in Manchester, New Hampshire. Obviously, she directly addressed the leaked Access Hollywood video that exposed Trump for bragging about how he sexually assaults women.

She goes on to explain how Trump's behavior is completely inexcusable and should not be ignored, calling it "disgraceful" and "intolerable." Obama even suggests that electing a candidate like Trump validates and endorses that women deserve to be treated this way. "This is not locker room banter," she added. "To dismiss this everyday locker room talk is an insult to decent men everywhere."

While Trump has used every dirty trick in the book against Clinton, the White House has already warned him not to come for FLOTUS. So far, he has refrained from verbally attacking her, but that hasn't stopped him from taking jabs at the President, who he doesn't even refer to by his title.

“I can’t think of a bolder way for Donald Trump to lose even more standing than he already has than by engaging the first lady of the United States,” said principal deputy White House press secretary Eric Schultz.

We'll continue to hold our breath and shake our heads until the third and final presidential debate takes place on October 19 at 9pm at the University of Nevada. And to think that we thought things were bad when "delete your account" was trending. Watch Obama deliver her speech in the video, below.

NEXT UP
Culture
6 Shows To Binge Once You've Finished 'The White Lotus'
Entertainment
Meet Andreas Metaxa, The Man Behind The Miami Jet-Setting Memes Of Supersnake
Culture
Phoebe Dynevor Will Not Return for Bridgerton Season 3
Culture
11 Must-Read February 2023 Books
Style + Culture, delivered straight to your inbox.