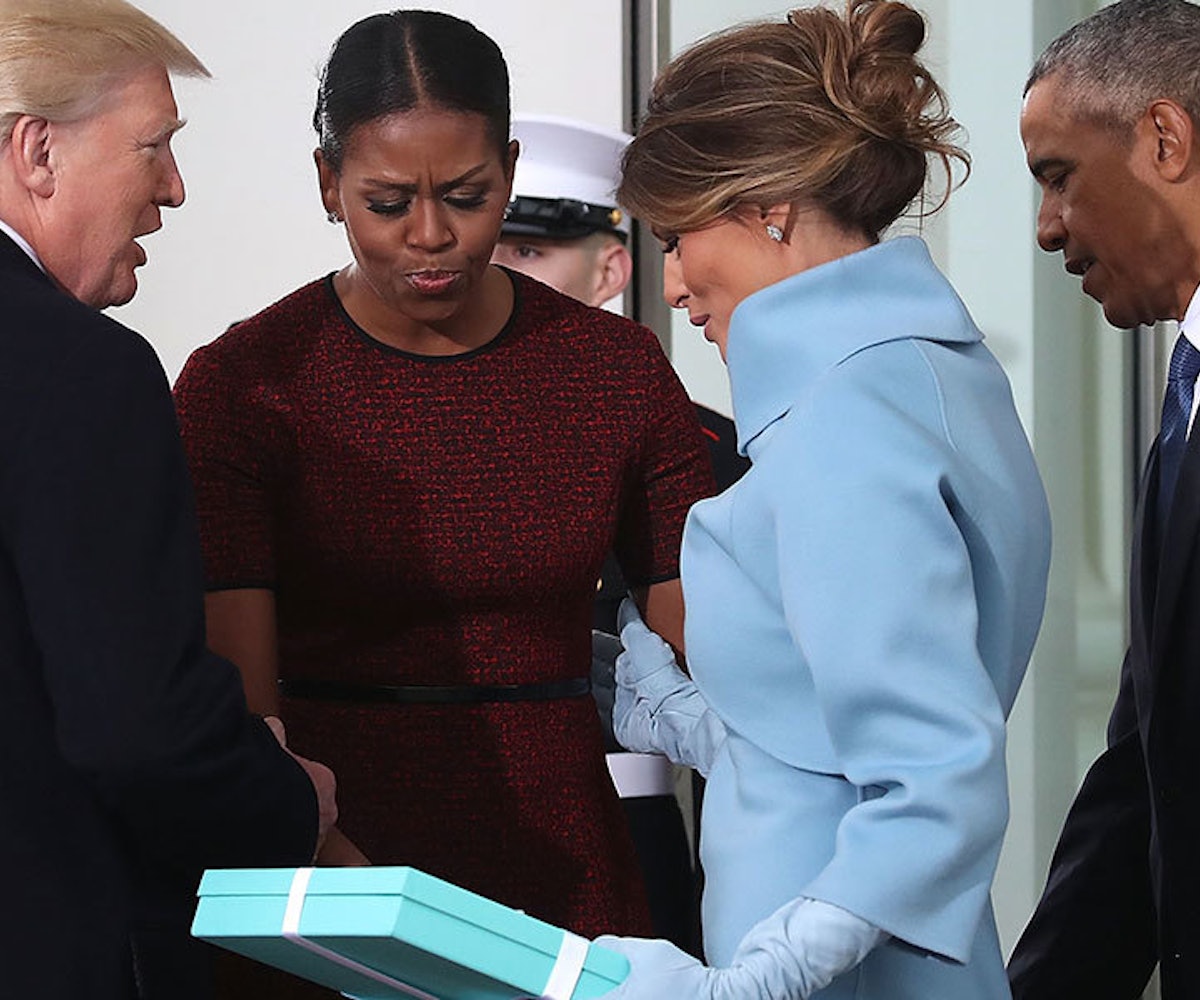 Melania Trump came in with a curveball when she arrived at the White House on Inauguration Day last year with a large Tiffany & Co. gift box. She handed it off to former First Lady Michelle Obama whose expression soon after the exchange was deemed "shade" by the good people of the internet. (It is truly an iconic moment of absurd pop culture history.) What happened to the box? Where did it go? Not to get all Se7en on you, but what was in the box?!

The year-long mystery has finally been solved.

The box contained "a lovely frame," Obama reveals to Ellen DeGeneres in her first television interview since leaving the White House. But which one? There are currently 24 frames on Tiffany's website and all are, admittedly, quite lovely, though decidedly less golden than you'd expect a Trump gift to be.

As for the exchange, well, it was unexpected. As Obama says, there's a protocol to the whole day, like a state visit. Trump's gift, as lovely as it may be, threw a tiny wrench into the whole thing because all of Obama's staff had left 1600 Pennsylvania Avenue. The look Obama gave to the camera wasn't that of shade but of confusion. "What am I supposed to do with this gift?" she says. "And then my husband saved the day."

Can he, uh, save our state of the union?