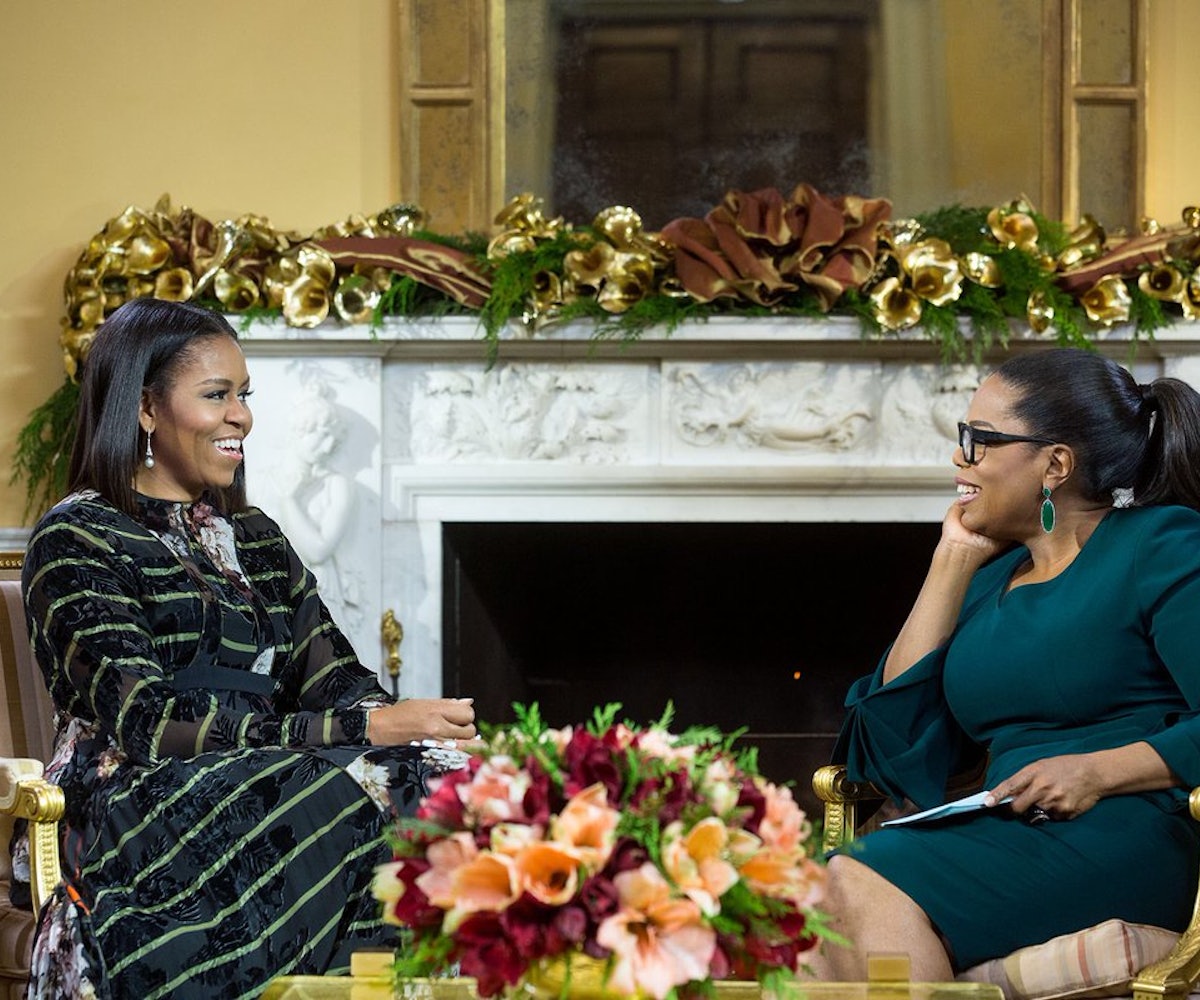 Last night, the world watched as Michelle Obama gave her last interview as First Lady of The United States. Conducted by none other than Oprah Winfrey, the special covered the legacy that Michelle and Barack Obama built for America during their time in office. Aired on CBS from inside the White House, Michelle discussed a variety of topics from adapting to her role as a strong and assertive FLOTUS to dealing with being subject to the "angry black woman" trope and her comments regarding President-elect Donald Trump during the hour-long broadcast. She said:

Let us not forget, I didn’t just wake up first lady. I mean, I went to law school, I practiced law, I worked for the city, I ran a nonprofit [, and] I was an executive at a hospital. I’ve been in the world. I’ve worked in every sector, and you don’t do that without coming up against some stuff. You know, having your feelings hurt, having people say things about you that aren’t true… Life hits you, so over the course of living, you learn how to protect yourself in it. You learn to take in what you need and get rid of the stuff that’s clearly not true."

Snaps for all those incredible credentials, and for always speaking the truth. As for Michelle running for president in 2020, give up on that dream now. Michelle made it very clear that she has no intention to run for office, as she doesn't want to put her family through the process all over again because the job “requires a lot of sacrifice."

"I mean, the next family that comes in here, every person in that family, every child, every grandchild, their lives will be turned upside down in a way that no American really understands," she said. "And it’s not for us to complain about it. So you don’t hear complaints. But it is a truth, an actuality, that there is a weight to it."

Michelle added, “It is important for the nation that we support the commander in chief. It wasn’t done for my husband, but we’re going high.” Michelle also said that her "door is open" to Melania Trump for advice whenever she needs it. (Laura Bush made the same gracious offer to Michelle eight years ago.) It really doesn't get classier than that.

Farewell, FLOTUS—these past eight years have been real. Best of luck with living your life out loud, Michelle.