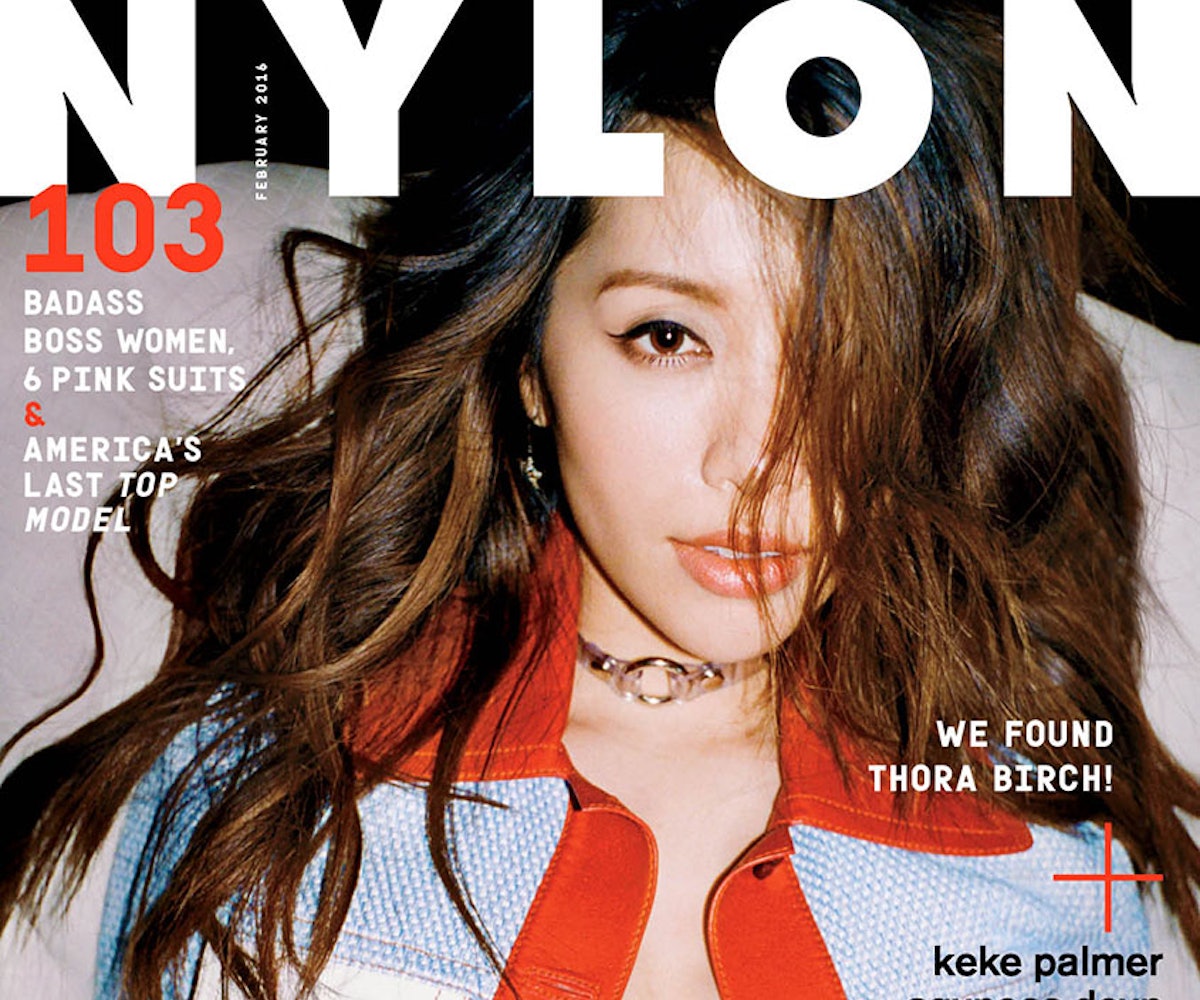 “I forgot to feed Frankie,” Michelle Phan says softly. She reaches for a plastic cup filled with water and pours it over the light green succulent. We’re in her office at the Santa Monica-based ipsy Open Studios, not to be confused with ipsy, a beauty subscription service that the popular vlogger started in 2011. The service sends a “Glam Bag” with lip lacquer, perfume, eyeliner crayons, gel brow pencils, and other goodies to your mailbox for $10 a month, and donates unsold items to charities like Dress for Success, which provides interview suits and career development to low-income women, and The Feel Beautiful Movement, which gifts beauty products to young girls with serious illnesses. In March of last year, she launched ICON, a network devoted to beauty, lifestyle, and entertainment, online and on television via Roku. A few months later came the aforementioned Open Studios, a platform that offers tools and mentorship—along with actual studio space and production resources—to future YouTube stars.

When asked if there’s anything she hasn’t done but would like to, her answer is, to say the least, unexpected: “I really want to try ayahuasca. I’ve never done any drugs, but I have been doing a lot of research on the third eye and DMT lately. I’m very interested in it.” She pauses, running her hands over goose-bumped arms, then adds, “I hope my mom doesn’t read this. I’m not a druggie. Look at all I’ve built so far!”

She’s speaking figuratively, of course, but brick-and-mortar evidence of Phan’s online empire is all around us. There’s no question this glossy office belongs to a woman whose company was recently valued at $500 million. But it’s also clear that Phan hasn’t lost sight of what got her here. On a white armoire sits a handcrafted sign with the message: “Dream big, sparkle more, and shine bright.” Next to it is another decorative sign with a singular "DREAM" in gold lettering. The word seems to serve as the workspace’s mantra.

Click through the gallery to read the rest of Phan's cover story.

Next up: Vlog Stars of the Future—Michelle Phan-approved ICON creators who are killing the game.