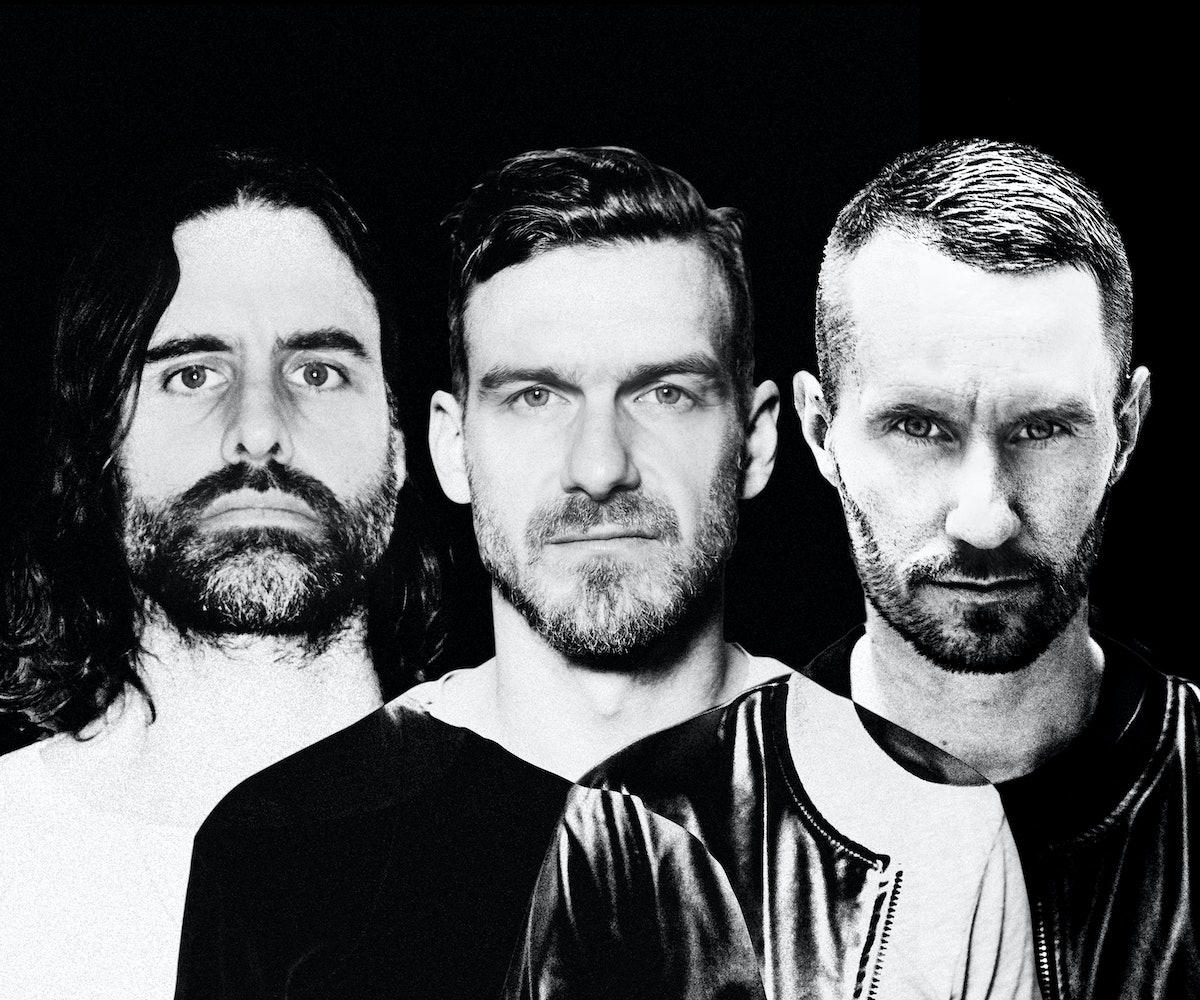 Miike Snow’s new record iii is the third time their iconic jackalope logo has graced an album cover, and it comes with some of their tightest tracks yet. Andrew Wyatt’s signature falsetto contends with classic soul samples on the infectious “Heart Is Full,” while the Charli XCX-featuring “For U” brings to mind Japanese dancefloor titans Perfume, a true 180 from the retro-leaning synthpop of their previous releases. Now in the middle of their North American tour, the band are bringing the new and improved Miike Snow show to the masses. We caught up with Wyatt to discuss staying healthy on the road, being a tyrannical lover, and his newfound love for Snapchat.

You’re currently on tour. What’s it like being back on the road?

I really like it. The older I get, the better I learn how to do it. You know you can’t get away with not working out, for example. We brought a juicer on the bus as well. Once you do those little things to take of yourself, you find you can do it more comfortably. The shows just get more and more fun. We were a little behind in our rehearsal schedule leading up to our show in New York, and so when I did the first show, I’d been singing five or six hours a day for three weeks straight, and my voice was killing me. There’s lots of stress involved at first, like how will people react, but now it gets easier and easier.

You’ve been touring as a band for the better part of a decade. How are you keeping things fresh this time round?

We have a lot of surprises for Coachella, and that I think will set the tone for a lot of the festival work we’ll be doing. We’re doing a lower key tour now just to get our sea legs back and reestablish the connection with the fans, playing smaller venues, but when we come back in the fall, we’ll have opportunities to play bigger venues and do more interesting stuff with the production. As it is, we still have some cool surprises in store.

Since the last Miike Snow album, you’ve worked with high-profile producers from Emile Haynie to Mark Ronson. Did you bring anything from those collaborations into the new record?

I imagine yes. I was just listening to We Fall, which I believe is a totally underrated album. I’m actually astonished at the lack of visibility it was given. I realize I did take some of the same concepts, like you listen to the Randy Newman song I co-wrote with Emile, and you listen to the song “7 Nights” on our album—it’s got quite similar lyrics. He and I had faced similar situations, and we had been bonding a lot over two tragic romantic experiences that we had both had. When you work with people who are that good and are super tight with them like I am with Emile and Mark, it changes you. That’s what real friendships are about.

You guys used much more prominent samples throughout the album. Did you take a different approach to songwriting with iii?

We’ve sampled a lot before, but the character of the sampling became a little more of a traditional hip-hop style. We’ve sampled everything from Mozart to things that will remain unnamed because they were altered so much we didn’t think we’d have to clear to stuff that we sampled and replayed ourselves. With Miike Snow, the point of the whole thing for us is to have a don’t-give-a-shit attitude. Anything’s possible, and I think that’s the way it should be. The samples on “Heart Is Full” or “My Trigger” are ones Christian brought in, then I wrote songs on top of them that kept them in the Miike Snow wheelhouse.

One of the most acclaimed songs from the album is “Genghis Khan.” Out of all the jealous lovers in history you could fit in that track, why him?

In a general sense, I was being a horrible prick when I was thinking of this girl I was in an undefined relationship with, and I felt it was appropriate for me to sleep with whoever I wanted. As far as she was concerned I could only sleep with her. I felt that the nature of tyranny comes from that place, where you’re entitled to freedom and choice and the other person has to be subjected to your scheme of things. Genghis Khan’s first wife was kidnapped by this other powerful tribe in the area, and when he started his conquest they were first people to get wiped out. People say I’m endorsing Genghis Khan, but that’s bullshit—I’m identifying a negative property within myself. It’s hyperbole, and just making light of the situation.

You promoted the album on Tumblr Explore. How did that work out for you?

This is why I think the people who are working with us are smart. There are a billion ways to go about marketing your stuff, and the methodology is changing every day. Information is chaotic and wants to be free, so you have to have a hacker mentality. I do think there’s still value in traditional outlets for music, but if you can get people interested in music in an outlet where they’re not necessarily expecting to find it, it’s kind of up for grabs. You have to try to hit it from as many possible angles as you can.

You also recently started using Snapchat. What have your experiences been on such a youthful platform?

It’s adopted first by young people but its essence isn’t necessarily for them. I like the idea that I can make these episodic things and send it straight out there to thousands of people. I like to joke around a lot, so if we have clips that seem funny, we can just create entertainment. I feel like the format was a little hard to figure out, but once I did I had a lot of fun with it.