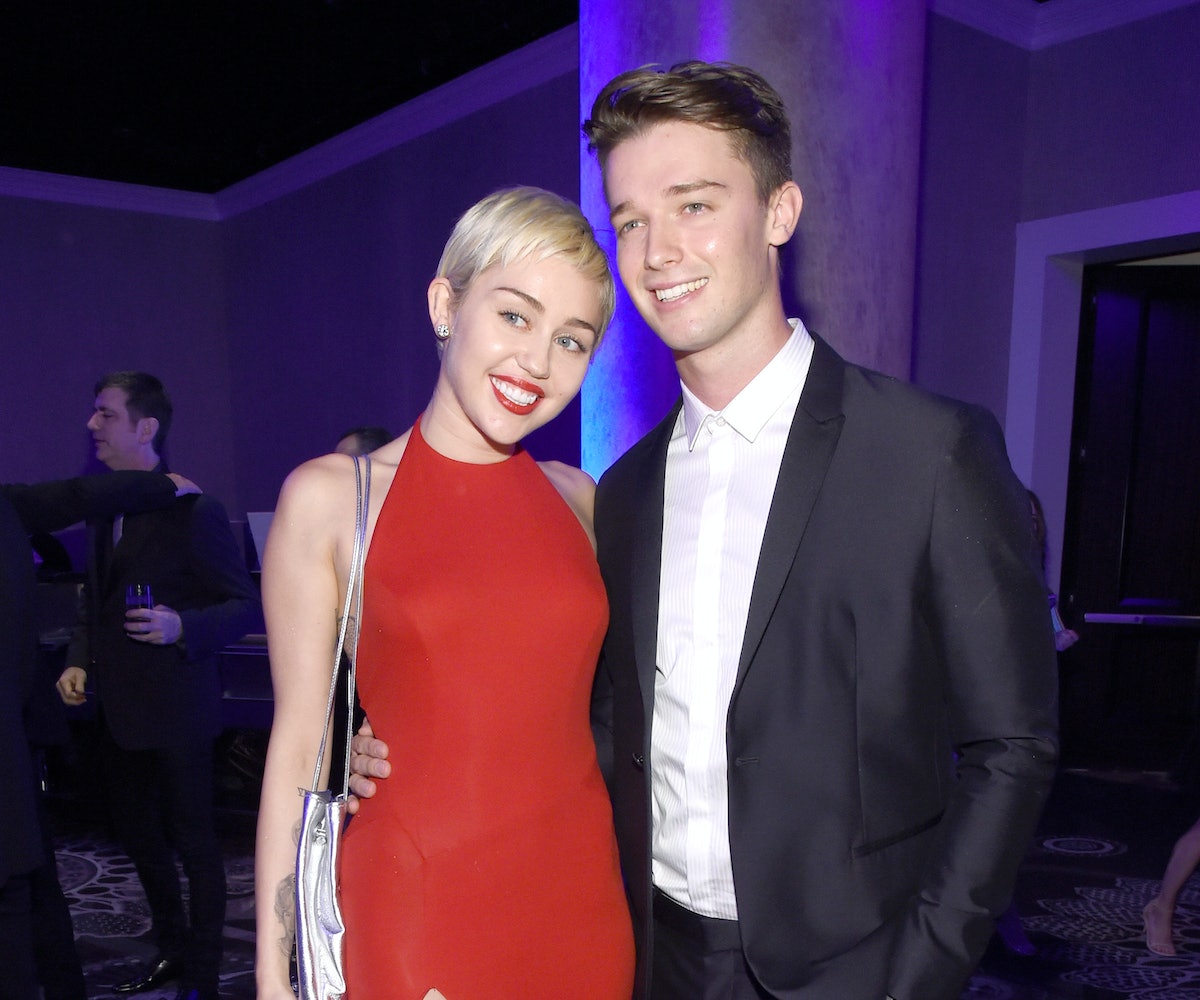 Miley Cyrus, wrecking ball wrangler, and Patrick Schwarzenegger, professional spring break-haver, are apparently on a break. This news has emerged after a particularly tumultuous last few months, when PSchwarz was spotted with some very much non-Miley girl in Mexico, but Miley let everyone know that she was chilling out in her pizza hats or cheese suits because chill is Miley Cyrus' middle name. (That's a lie. Her middle name is Ray like the great Billy Ray before her. And her real given name was Destiny Hope until she changed it, because this is a world in which we live.)

E! reports that Patrick was hanging out in Coachella but sources (those inimical sources, with their all-seeing eyes and their illuminati connections) wanted to make it perfectly clear that he was not having a lick of fun. Miley, on the other hand, was posting her trademarked word salad about studio time. ("Put in wek with @MikeWillMadeIt," she wrote, which is a sentence.)

The past five months have been a long flurry of activity, with the couple spending various holidays together and also going to a sporting event. This time was so well-spent, the two are apparently not broken up, but on a break, which is very mature of these two famous grown-ups, which is definitely what they are.

After the blow dealt to us yesterday by Big Sean and Ariana Grande, it seems like nothing we have counted on will ever be the same again, that the world is a fleeting series of uncontrollable, meaningless events, that Sartre was right, there is no exit, and permanence doesn't exist. In fact, not much does, really.

NEXT UP
Beauty
“Cold Girl” Beauty Is TikTok’s Most Baffling Winter Trend
Culture
Mowalola Teams Up With Bratz For A Daring, High Fashion Collection
Culture
In Cann’s Holiday Campaign, The Greatest Gift Is Being Chill
Culture
A Britney Spears-Inspired Musical Is Coming To Broadway