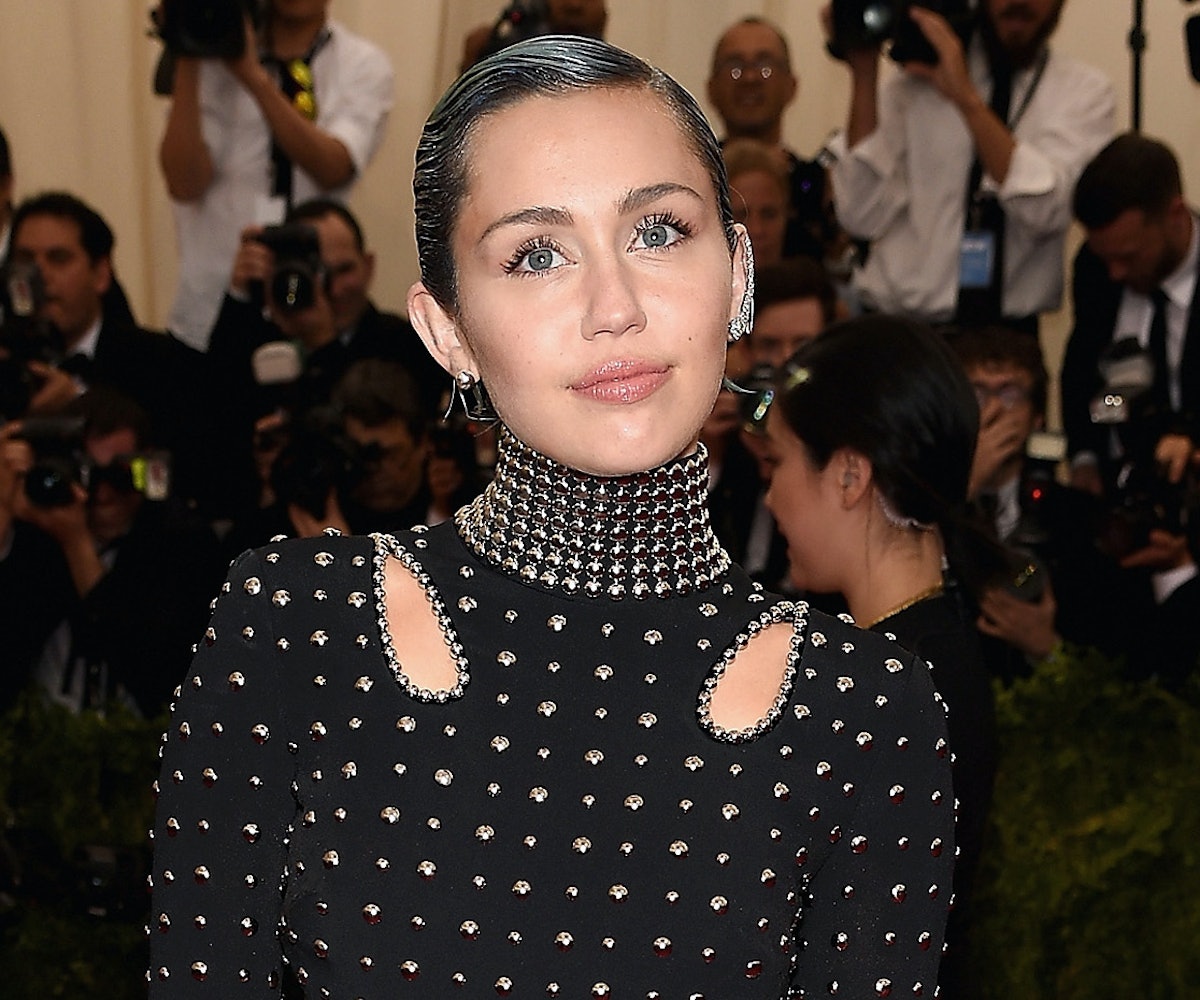 Photo by Dimitrios Kambouris / Getty Images
by Yasmeen Gharnit
May 8, 2015

Seeing as it implies that there's something abnormal about being alone, it may seem a little outdated to say "a woman doesn't need a man." But still, in 2015, it is empowering to declare one's individuality and comfort with being single. And instead of writing a generic song about it, Miley Cyrus is opening up about her sexuality and experiences to promote her new nonprofit, Happy Hippie Foundation.

“It has a lot to do with being a feminist, but I’m finally OK with being alone,” the singer told Time. “I think that’s something we have to talk about more: that you can be alone.”

Earlier this week, Cyrus spoke with Out about her struggle with gender expectations. “I didn’t want to be a boy,” she said. “I kind of wanted to be nothing. I don’t relate to what people would say defines a girl or a boy, and I think that’s what I had to understand: Being a girl isn’t what I hate, it’s the box that I get put into.” Similarly, the 22-year-old has had to confront society's restrictions on sexuality, as she has participated in relationships that “weren’t straight.”

“I’m not hiding my sexuality. For me, I don’t want to label myself as anything,” she told Time. “We love putting people in categories, but what I like sexually isn’t going to label me as a person.” She continued, “There are times in my life where I’ve had boyfriends or girlfriends. And there are times where I just love being with myself and don’t want to give part of myself away to someone else...I think that’s a new freedom for women, especially. I don’t know that my mother would have been able to be 22 and secure in being alone. But my future doesn’t rely on having a partner.”

NEXT UP
The Art Issue 2022
What It’s Like To Be A Tattoo Artist To The Stars
Culture
In Cann’s Holiday Campaign, The Greatest Gift Is Being Chill
Beauty
MAC Cosmetics Debuts Iconic Whitney Houston-Inspired Collection
Entertainment
NYLON's Favorite Songs Of 2022