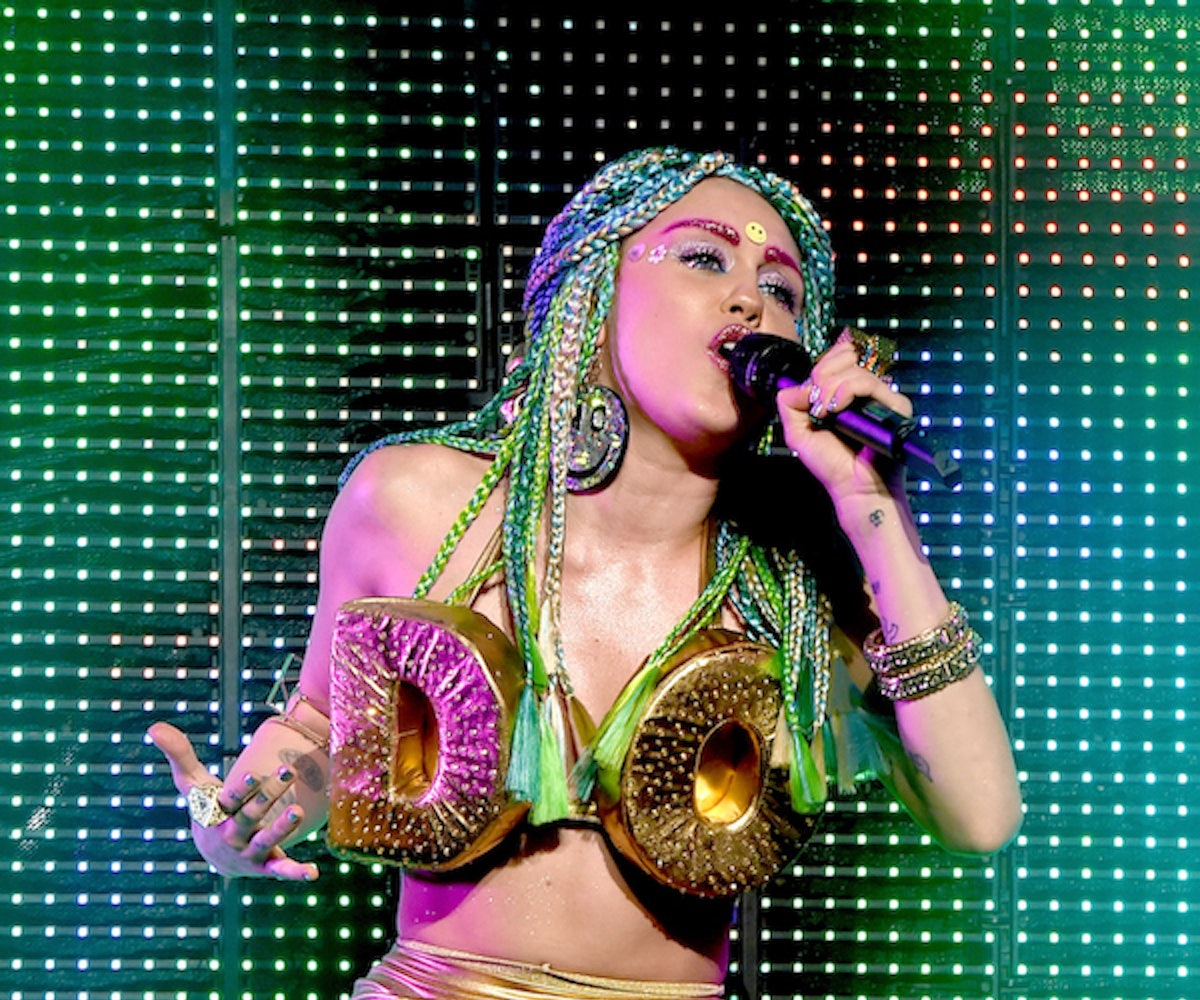 Terry Richardson was instrumental in bringing Miley Cyrus from her Hannah Montana era to wild child, which largely started with the video he created for her song "Wrecking Ball." However, the cozy relationship the two had seemed to ice over rather quickly. The reason? As reported by Page Six, a new book by author Michael Gross titled Focus: The Sexy, Secret, Sometimes Sordid World of Fashion Photographers says it was all due to Terry's emerging reputation of preying on young, sometimes underage models.

Richardson's brand of raunchy and raw photography appeared to be the perfect match for Miley's new image, and she seemed to relish in the sexy photoshoots she did with him—and she even once wore a T-shirt with his face on it that said "I Was Touched By Terry," a nod to his, erm, reputation. Regardless of what their relationship was, it became clear that Cyrus began to distance herself from the photographer, most noticeably at the 2014 VMAs when she sent her date (a homeless man) to accept the award and only vaguely thanked "the director" of "Wrecking Ball." As Gross explains in the book, the video helped create "a sexually charged 21st-century pop princess,” but had “the opposite effect for Richardson, whose image morphed from mischievous imp to malevolent pervert." The VMA move, the book says, reduced him "to a panhandler at the door of the party.”

Although it's sometimes a good thing that Miley basically does not give AF about what anyone thinks about her, she also hasn't necessarily stood by her convictions, and we're wondering what else lies in the book that has yet to be revealed. It was only late last year that Richardson released his most sexually-charged photos of Cyrus yet, featuring the singer both completely naked and with a huge black strap-on. So, does one incident of snubbing Richardson count for all that much? Although Gross' premise is interesting, it seems like Miley hasn't really abandoned Richardson at all and continues to stand by a man largely reviled by society for his behavior. Just Miley being Miley?