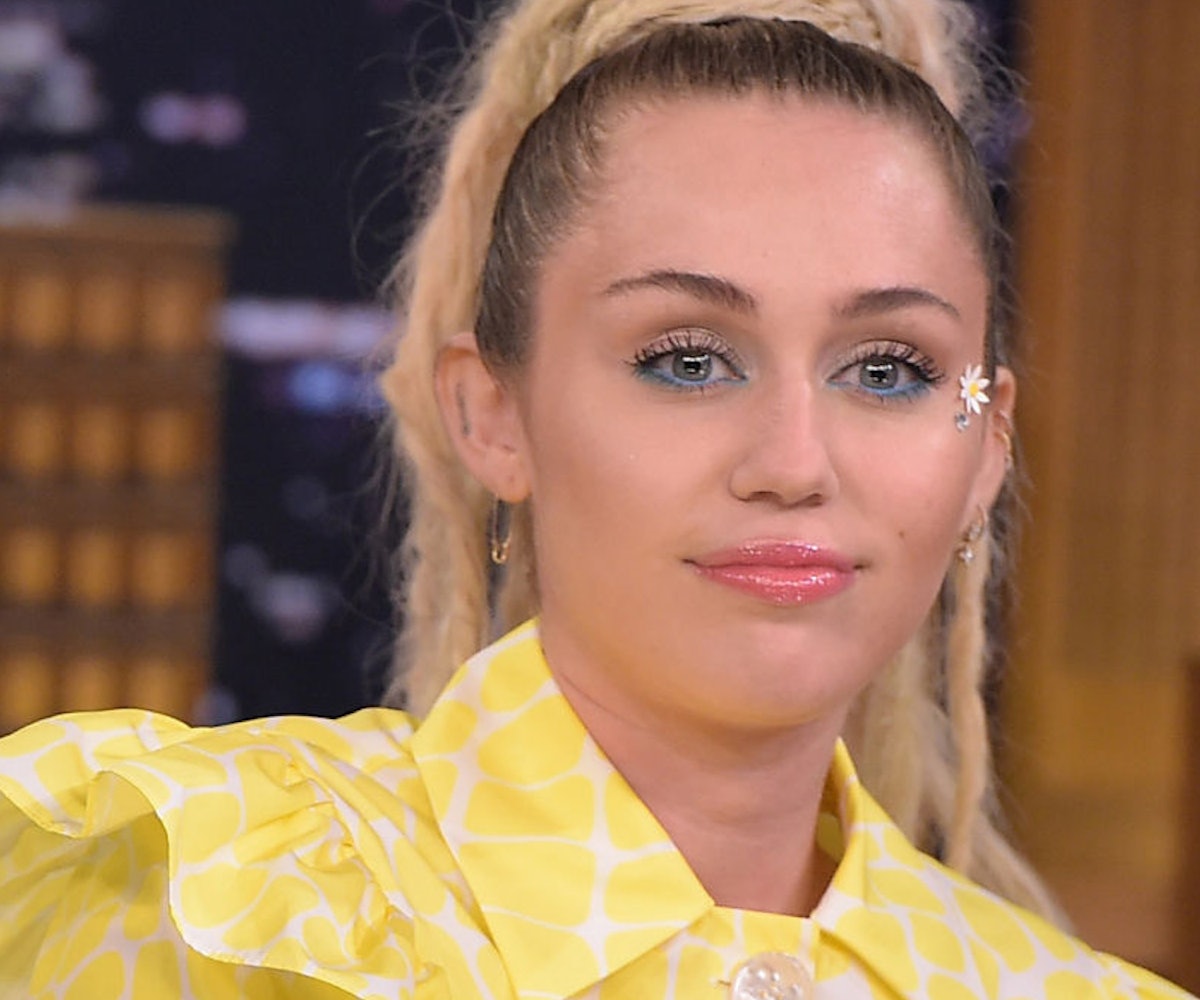 There are two types of people in the world: People who really love the Australian condiment Vegemite, and people who can't stand it. Miley Cyrus is either the former, or a masochist who enjoys confronting her dislikes whenever she gazes down at her arm. Either way, its rendering is now permanently transfixed upon her body.

On a recent trip to Shamrock Social Club in Hollywood, Cyrus added the illustration to her vast collection of body art. Thanks to tattoo artist Dr. Woo, it now sits alongside Saturn (remember, it's not Jupiter), half an avocado, a crescent moon, and a bevy of sayings.

Many are speculating that the tatt is a tribute to her maybe-fiancé Liam Hemsworth. Some have called out the fact that he recently told Australia's Sunday Style, "After-school Milo and Vegemite on toast. I lived on it." But whether or not it is connected in some way, shape, or form to Hemsworth doesn't really matter since it is ultimately on the singer's body, and it was her choice.

Anyway, if you have to try the concentrated yeast extract, there will come a day when it is offered up to you. At that moment, you must make a decision that may or may not change the course of your life. Will you be someone who keeps a jar in their pantry, or throws it in the trash? Or will you, like Miley, be so bewitched by its tang that you rush to one of the most coveted tattooists in the world and get it drawn on your arm?

NEXT UP
Entertainment
On "Flowers," Miley Cyrus Is Still In The Throes Of Moving On
Beauty
Miley Cyrus’ Best Hair Moments Always Cue Upcoming Music
Entertainment
Samia On 'Honey' & Saying The Ugly Part Out Loud
Entertainment
Gracie Abrams & Gia Coppola On The Joy Of Free-Flowing Collaboration
Style + Culture, delivered straight to your inbox.