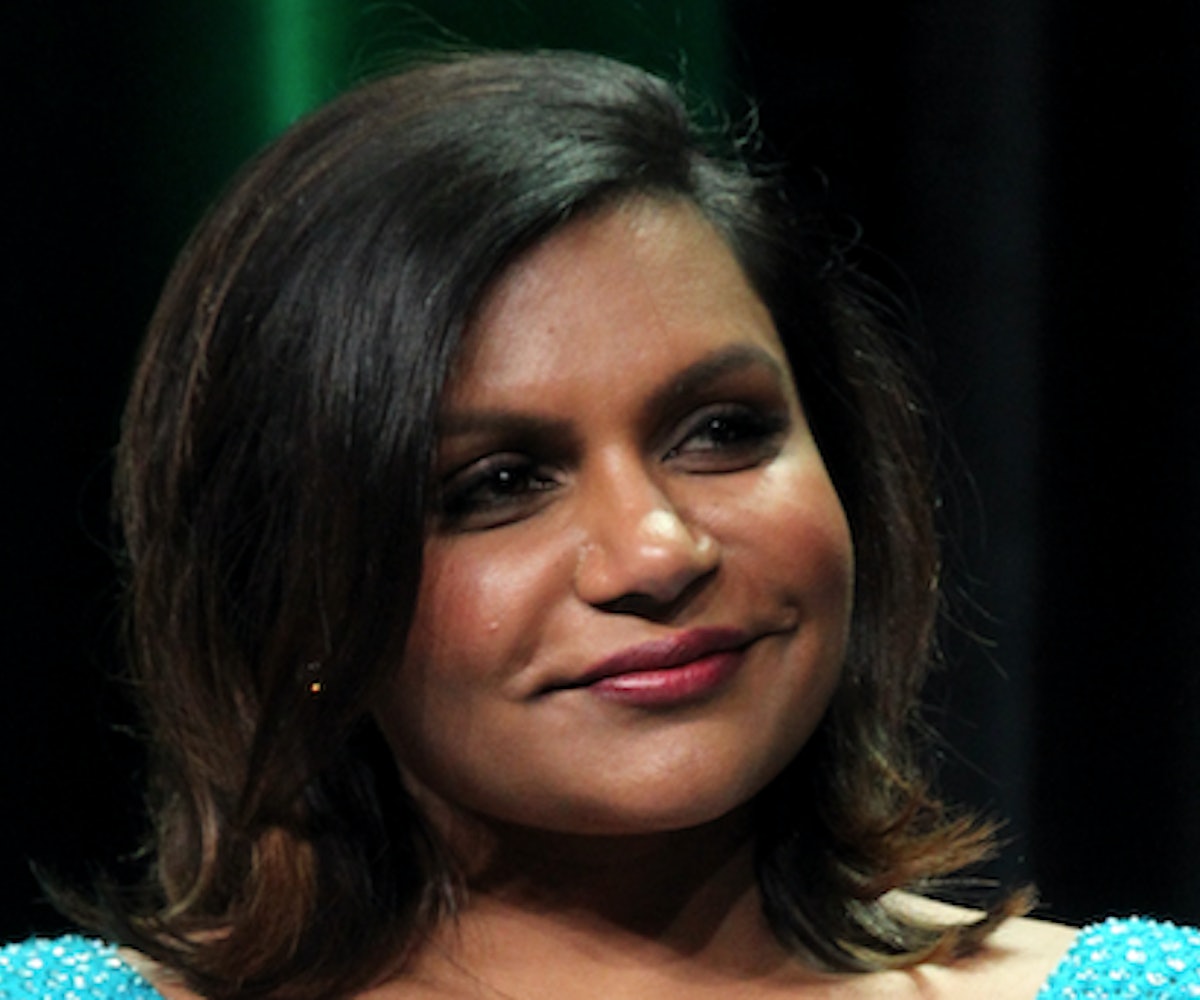 photo by Tommaso Boddi / getty images
by Hafeezah Nazim
May 25, 2018

Mindy Kaling recently opened up about a ridiculous question she was asked during a press tour for her new film, Ocean's 8. While appearing on Late Night With Seth Meyers last night, the actress shared that a male reporter asked her how she was able to portray the role of a jeweler in the film seeing as she's not married and hasn't been engaged.

"In a heist movie, everybody has their special power—that's why Debbie Ocean pulls us together to do this heist," she told Meyers. "And so this male interviewer, when we were doing international press, was asking us [about our roles in the film.] Annie [Hathaway], in the movie, she plays an actress, and Sarah Paulson, she's a party promoter in it, and then with me, he was like, 'Mindy, you play a jeweler. Now, you are not married, and have never been engaged, so how do you know about diamonds?' Because it's all about diamonds and stealing diamond necklaces."

After laughing about the situation, Kaling continued: "He was basically like, How, you, a famous spinster? How would you—you’ve never been anywhere near a diamond before. No man has ever—as though if you’re not married and engaged, you’ve never seen a diamond.” Meyers pointed out that not only did his sexist comment showcase his ignorance about women but about acting as well.

Watch her discussion with Meyers, below.

NEXT UP
Beauty
Megan Fox Is Completely Transformed By A New Blonde Bob
Culture
11 Must-Read February 2023 Books
Entertainment
Chloe's "Pray It Away" & 9 Other New Songs Out This Week
Culture
Phoebe Dynevor Will Not Return for Bridgerton Season 3
Style + Culture, delivered straight to your inbox.