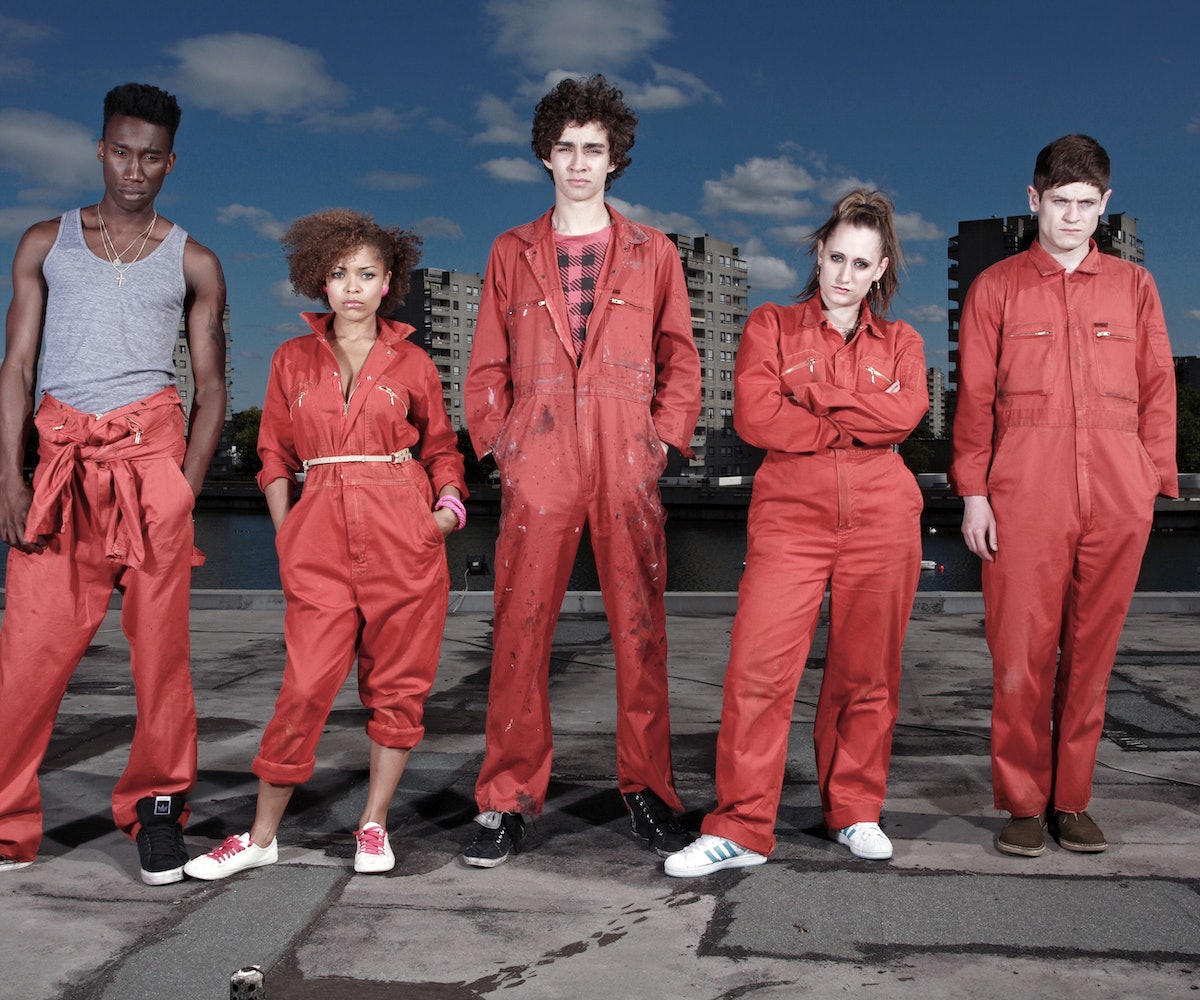 Like most good things on American television, the British did it first. We're talking House of Cards, Black Mirror, and The Office. The latest import is Misfits, E4 Network's teen drama about troubled youths who gain supernatural powers after an electrical storm.

Here's to hoping the reboot captures the superhero vibe the original had. Misfits always felt like the supernatural sibling to Skins, only with less partying and more combat. Fingers crossed it fares better than MTV's American reboot of Skins, too. Try as MTV might, the British just did the whole angsty teen debauchery better. Freeform, luckily, has a bevy of successful superhero shows under its belt. This pack of misfits will be right at home with the pretty little liars and shadowhunters.

NEXT UP
Fashion
You Can Now Wear A Keith Haring Piece On Your Wrist, Thanks To Pandora
Nylon Nights
Enya Umanzor Gets Ready For Collina Strada’s NYFW Show
Entertainment
Getting Ready With Pale Waves For Their 2022 New York City Concert
Entertainment
Paramore Announces Album 'This Is Why' For February 2023