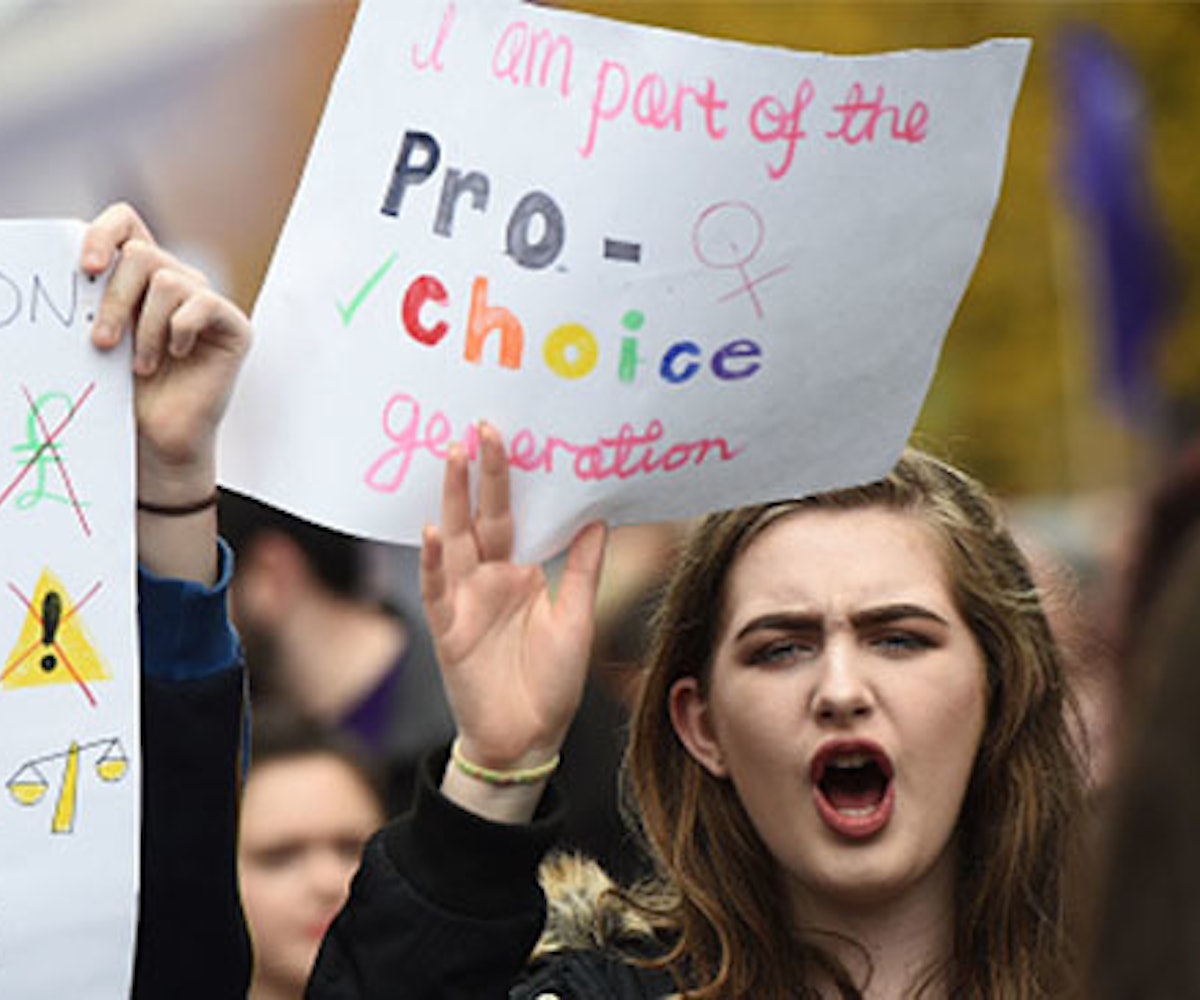 Access to safe and legal abortions has been under threat in Mississippi for years. Governor Phil Bryant said in 2014 that his goal is to "end abortion" in the state, and he's getting frighteningly close. There's only one remaining abortion clinic in Mississippi, and earlier this week the state passed a bill, HB 1510, banning all abortions after 15 weeks, including in instances of rape or incest.

The only exceptions would be for “medical emergency and in cases of severe fetal abnormality." If signed into law, Mississippi would become the 22nd state to enact such a ban. Currently, 21 states have 20-week abortion bans. The most common form of legislative model is the “Pain-Capable Unborn Child Protection Act,” authored by the National Right to Life Committee, which asserts that fetuses can feel pain at 20 weeks, although scientists have disputed this.

Republican Senator Joey Fillingane, who presented the 15-week ban in Mississippi, claimed it was meant to protect the "health and well-being of expectant mothers." If that's the case, Democratic Senator Deborah Dawkins proposed an amendment. “If the state of Mississippi is to intercede in family matters and family budgets, it is only fair that we provide the affected children and families with early childhood assistance,” she said. Her proposal was struck down.

The owner of Jackson Women's Health Organization, the last abortion clinic in Mississippi, Diane Derzis, told the Clarion Ledger that if the bill is signed, they'd be forced to deny people seeking abortions 15 weeks following their last period and refer them out of state. She added that the Senate vote wasn't surprising considering "(Governor) Phil Bryant has never seen an abortion bill he didn't like." The clinic now plans to sue the state.

“These groups are tossing anything and everything out there, anything that could start winding its way through the legal system because we’re in a very fragile place right now,” she said. “Roe is clearly in danger and that’s what they’re preparing for … They hope by the time they get to the Supreme Court they will have changed the Supreme Court.”