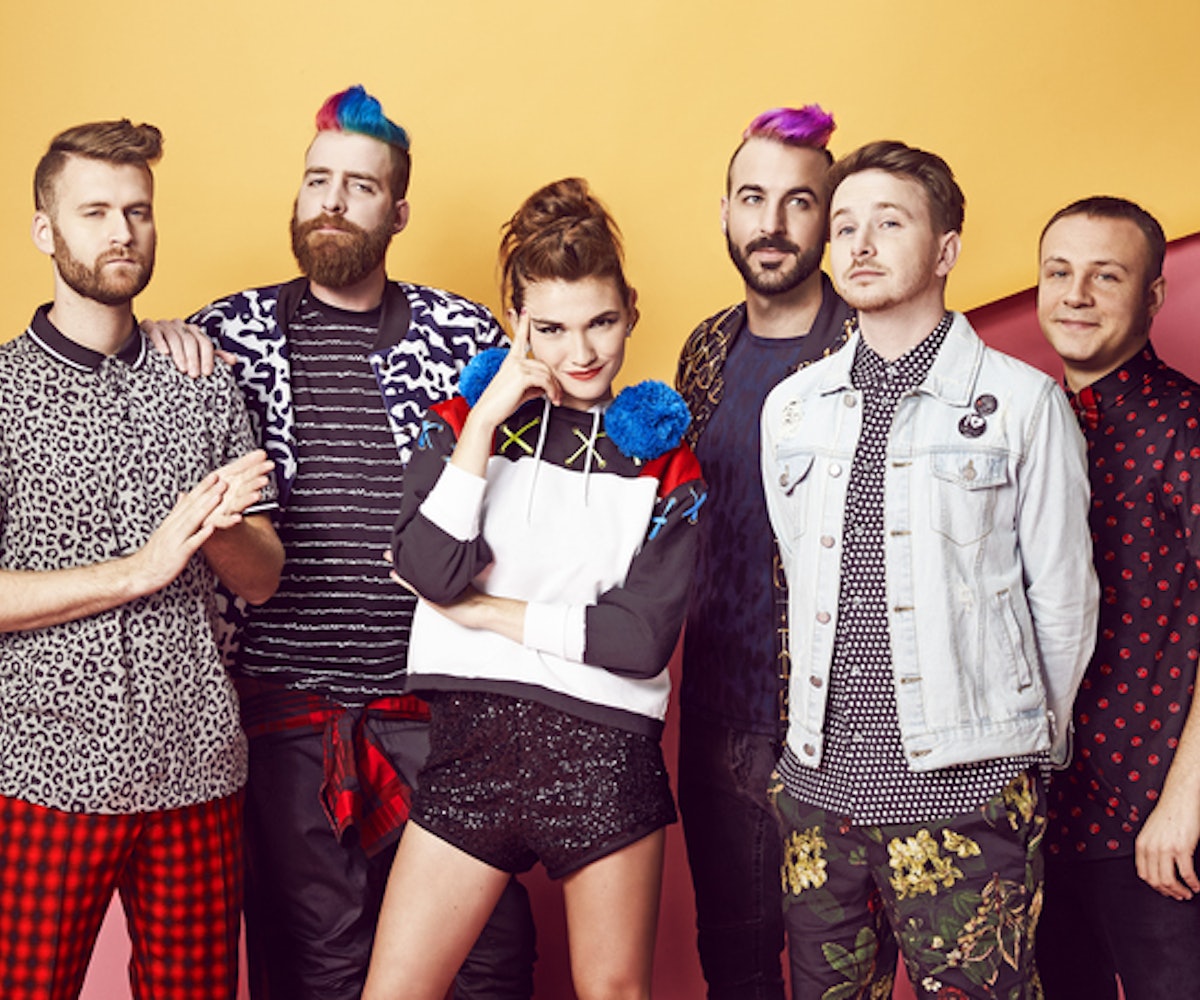 MisterWives is known for their goofy, fun-loving music videos, and their latest is no exception. Premiering here on NYLON, the band delivers one of their most carefree videos yet in their new “Drummer Boy” visual, which happens to take place in a men's bathroom. The track is featured on their sophomore album, Connect the Dots, which debuted last spring during their tour with Saint Motel and Panic! at the Disco.

Though the choice of scenery may seem odd, the band assures us that there's a good reason for it. “While on tour with Panic! at the Disco, we noticed the arena bathrooms had great acoustics, full of natural reverb and some wonderful scents,” the band tells us. “We couldn't help ourselves, so we grabbed our instruments, set up in the bathroom, and jammed on a fun acoustic arrangement of 'Drummer Boy.' We definitely left our mark in the stalls that day.”

Before releasing this album, MisterWives members, Mandy Lee (vocals), Etienne Bowler (drums), William Hehir (bass), Marc Campbell (guitar), Jesse Blum (keys, trumpet, accordion), and Mike Murphy (saxophone), took time off last summer to reconnect during what they call “Band Camp." During this summer break, the band focused all their energy on building a stronger bond to create a brilliant second album. The record's eclectic compilation of songs full of love, triumph, outrage, and heartbreak shows off MisterWives' range of sound and emotion, which can be felt through the energy in their new video.

Find out how sweet love can be—even when you're stuck in a bathroom—in "Drummer Boy" video, below.