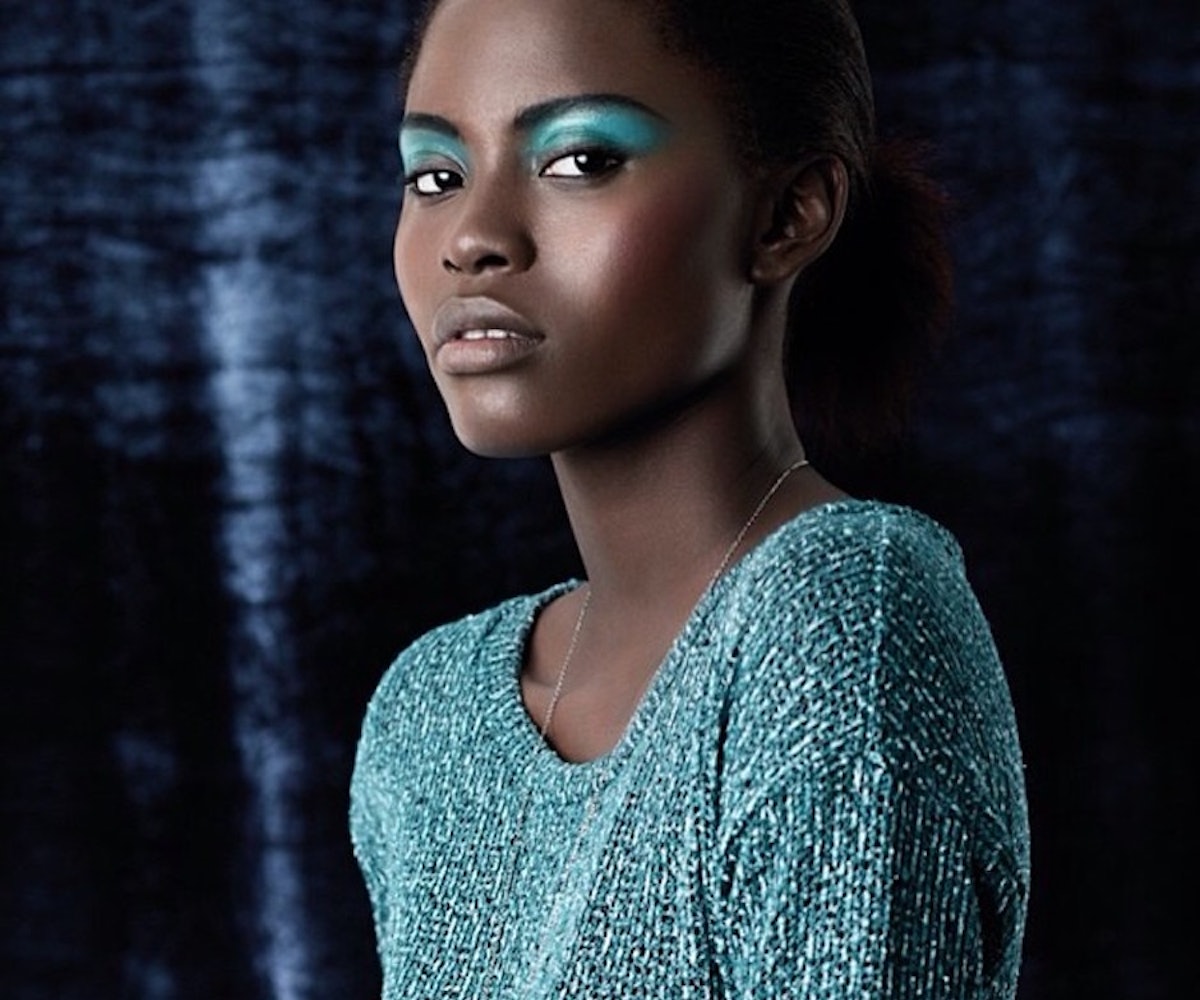 Through Donald Trump's campaign, he has been very vocal about U.S. companies using foreign workers intead of Americans, specifically skilled workers brought here through the controversial H-1B visa program. "These are temporary foreign workers," Trump says on his site, "imported from abroad, for the explicit purpose of substituting for American workers at lower pay. I remain totally committed to eliminating rampant, widespread H-1B abuse."

However, Trump's own modeling agency has taken advantage of this program for years, as federal law considers modeling specialized work. Now, exposing double-standards and flat out lies is nothing new in the world of Trump's campaign, but unfortunately what is new is the story of how a model has been deeply affected by it.

Jamaican model Alexia Palmer moved to the U.S. when she was 17 after signing a contract with Trump Models. The agency, founded by Trump, helped her get the H-1B visa so she could temporarily come to the United States for work.

Palmer recently filed a civil lawsuit, alleging that the agency not only abused the visa but defrauded the government by falsifying the amount of money she would make. The document promised $75,000 a year, or a total sum of over $200,000 for the duration of the contract, but she claims she earned only a few thousand over the course of three years—$4,985 to be exact.

Not only did Palmer not have nearly as much work as she was promised, the money did did earn was divvied up with portions taken out for administration fees, agency commission fees, and out-of-pocket work expenses the agency would not recoup like a $75 walking lesson. She said of the ordeal that she was treated "like a slave."

The lawsuit is currently seeking approval by a judge, and if other models from the agency come forward, it could be turned into a class-action suit. Trump's agency has successfully brought around 30 foreign models to the United States under the same H-1B visa, and about half of their applications indicated the same annual salary of $75,000 a year.

CNNMoney asked a dozen legal experts to review the case and the majority agreed that the agency was, in fact, in violation of immigration law. The experts state that the firm is required by law to pay the amount stated on Palmer's visa, and even worse, they didn't even pay the "prevailing wage" determined by the U.S. government based on industry and location.

A ruling on proceeding with the case is expected by the end of the month, but, as New York immigration attorney Steve Maggi says, "The real question is if Trump does this in this case, how systematic is it?"