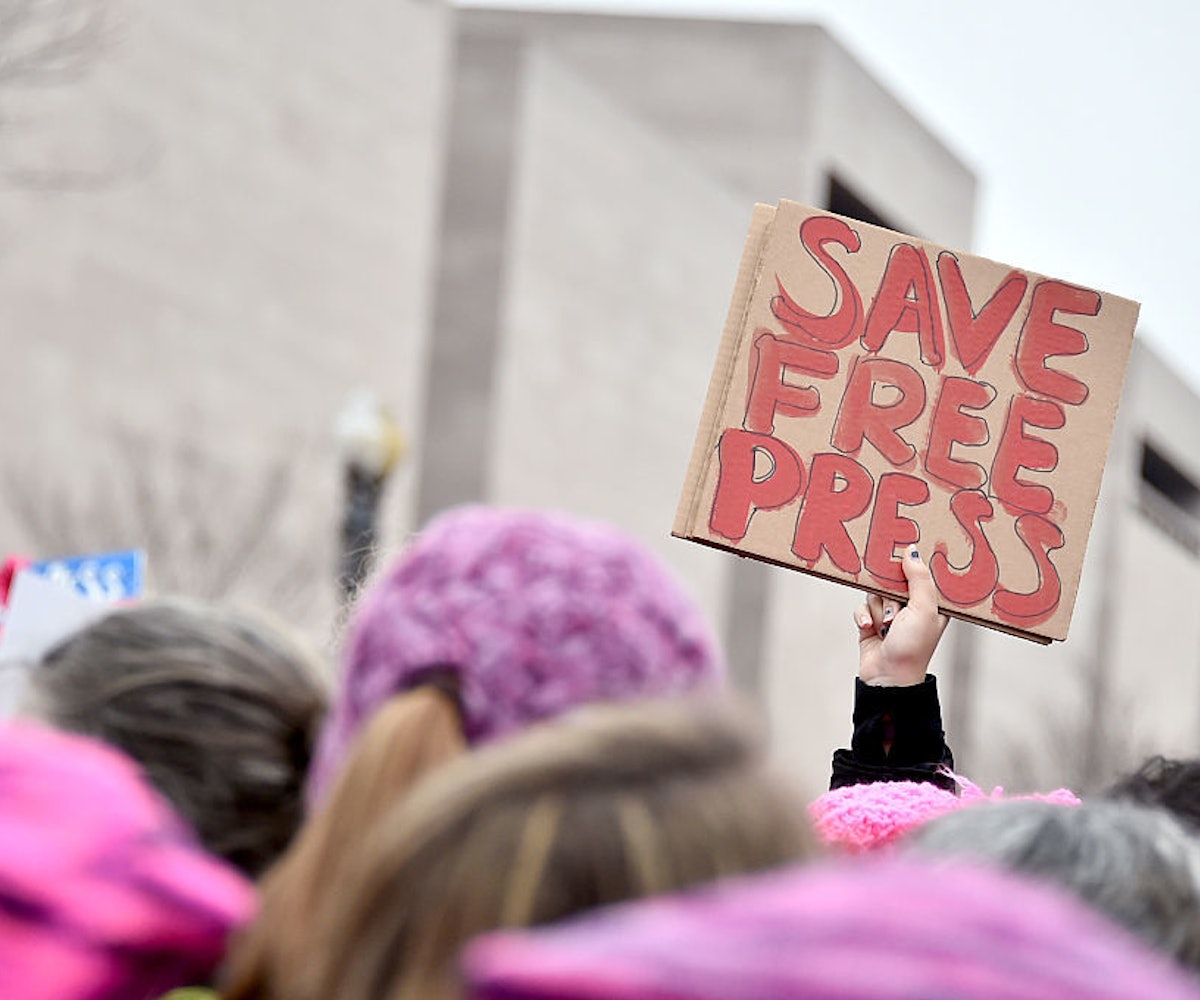 Last night, Moira Donegan, the previously anonymous creator of the "Shitty Media Men" list, a spreadsheet on which women could report men in media who've sexually harassed or assaulted them, came forward in an essay for New York magazine's The Cut. In it, Donegan explains why she created the controversial list, which was accused by some of being reckless and cruel, like a kind of digital "Burn Book," and lauded by others for being a radical move toward transparency, and a key part of the current sexual abuse reckoning, which has exposed longtime abusers in a variety of industries, ranging from Hollywood to the food world to, yes, media.

In intent and actuality, the list embodied real-life "whisper networks," through which women were able to warn each other about dangerous and creepy men in professional settings. But since those IRL networks often exclude certain people, including women of color and those who are not in a position of institutional power, this list was created in an effort to give this information to a wider network of women. Unfortunately, within hours of its creation, after dozens of names had been added to the list, it was taken offline. This happened because of a report that BuzzFeed would be releasing an article about its existence; not long after that, screenshots of the list were posted on Reddit. But action was taken because of the list—several men named were fired or resigned following investigations into the allegations.

"None of this was what I thought was going to happen," Donegan writes. "In the beginning, I only wanted to create a place for women to share their stories of harassment and assault without being needlessly discredited or judged."

Women were able to report their abusers without having to answer questions about "what you were wearing or whether you’d had anything to drink," Donegan writes. "Instead, the spreadsheet made a presumption that is still seen as radical: That it is men, not women, who are responsible for men’s sexual misconduct."

Donegan revealed herself in The Cut after word spread earlier this week that Harper’s would soon publish a cover story, by Katie Roiphe, naming her as the list’s creator. A lot of people opposed Harper's decision, some even pulling their articles from the magazine, for fear Donegan would be "threatened, stalked, raped, or killed," she writes. "The outrage made it seem inevitable that my identity would be exposed even before the Roiphe piece ran. All of this was terrifying. I still don’t know what kind of future awaits me now that I’ve stopped hiding."

Roiphe has denied she was "outing" anyone, even claiming she didn't know who the list's creator was. "I am looking forward to talking about what is actually in the piece when it actually comes out," she told The New York Times. "I have to say it’s a little disturbing that anyone besides Trump views Twitter as a reliable news source.”

But, according to Donegan's account, Roiphe reached out to her under the guise of writing about the “feminist moment," and later, a fact-checker for the publication told Donegan in an email, "Katie identifies you as a woman widely believed to be one of the creators of the Shitty Men in Media List."

Despite still fearing for her safety after revealing her identity, Donegan stands by her reasoning for creating the list. "The hope was to create an alternate avenue to report this kind of behavior and warn others without fear of retaliation," she writes. "Too often, for someone looking to report an incident or to make habitual behavior stop, all the available options are bad ones."