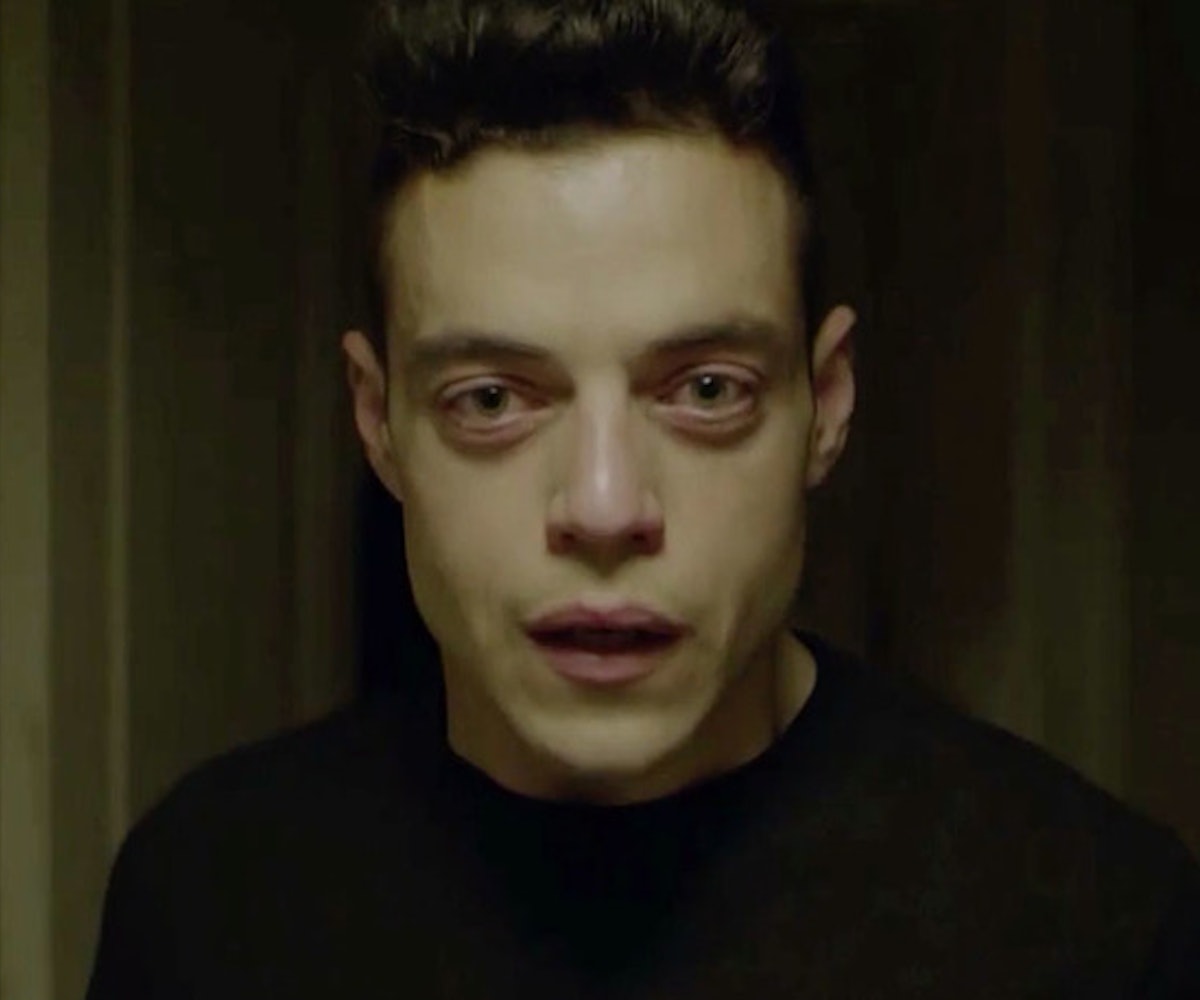 In the beginning of the new trailer for the third season of Mr. Robot, Elliot, a cyber-security engineer, wakes up in the dark after being shot. "What am I doing here?" he asks. "You don't remember?" a woman replies. "The Dark Amy turned on us."

Mr. Robot, played by Christian Slater, warns Elliot, "You pull the rip cord now, they would have won." Then, there are quick shots of people wearing creepy masks in the dark, Elliot nervously wandering the streets at night, and riot police on the subway.

"World catastrophes like this, they occur because men like me allow them," someone says in the new clip, before the words "The Revolution won't go down without a fight" flash on the screen.