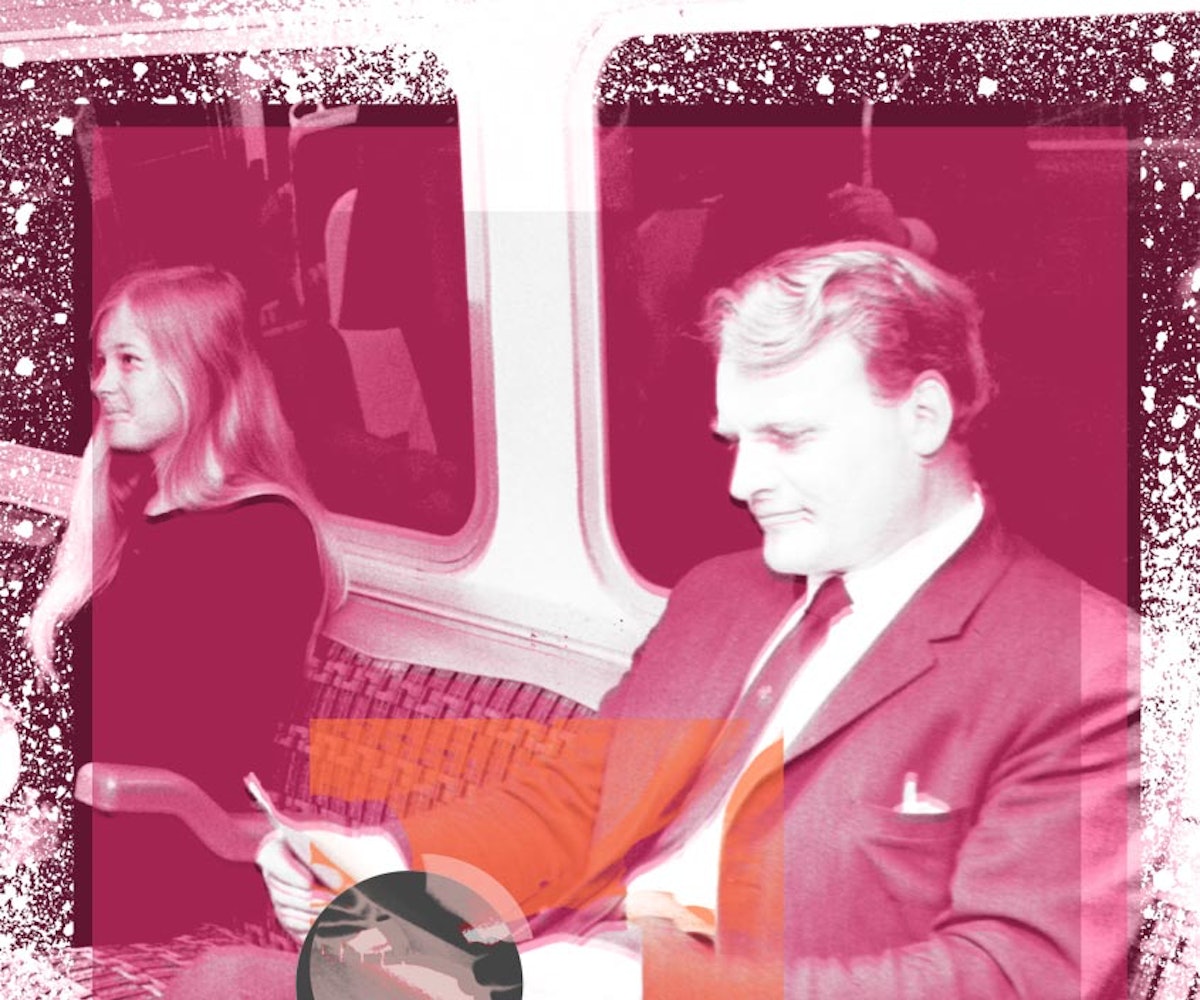 There's a certain kind of person who thinks that it's okay to sit with their legs spread wide open on a crowded subway. This type of person does not notice those around them; or, they do, but they think that airing out their balls is more important than other people getting seats.

Sure, you can try to sit next to them, but you usually end up with your arms awkwardly tucked in, trying to make your body as small as possible in order to accommodate their display of privilege. As for whether or not balls actually need to be aired out on the subway? We have it on good authority that this is not actually a necessary thing to do. Even so, it's such a phenomenon that there's even a Tumblr dedicated to calling it out—Men Taking Up Too Much Space On The Train. The aptly named hub of evidence is at once validating and enraging.

However, the horrors of subway spreading might soon be over. As reported by Buzzfeed, the MTA is launching a campaign in January to discourage inconsiderate subway behavior like the ol' leg spread—and also backpack-wearing.  We're really looking forward to what those campaign images might look like.

Whether or not the subway campaign will inspire real, lasting change remains to be seen. If it does, we hope they target those people who lean against the poles next.