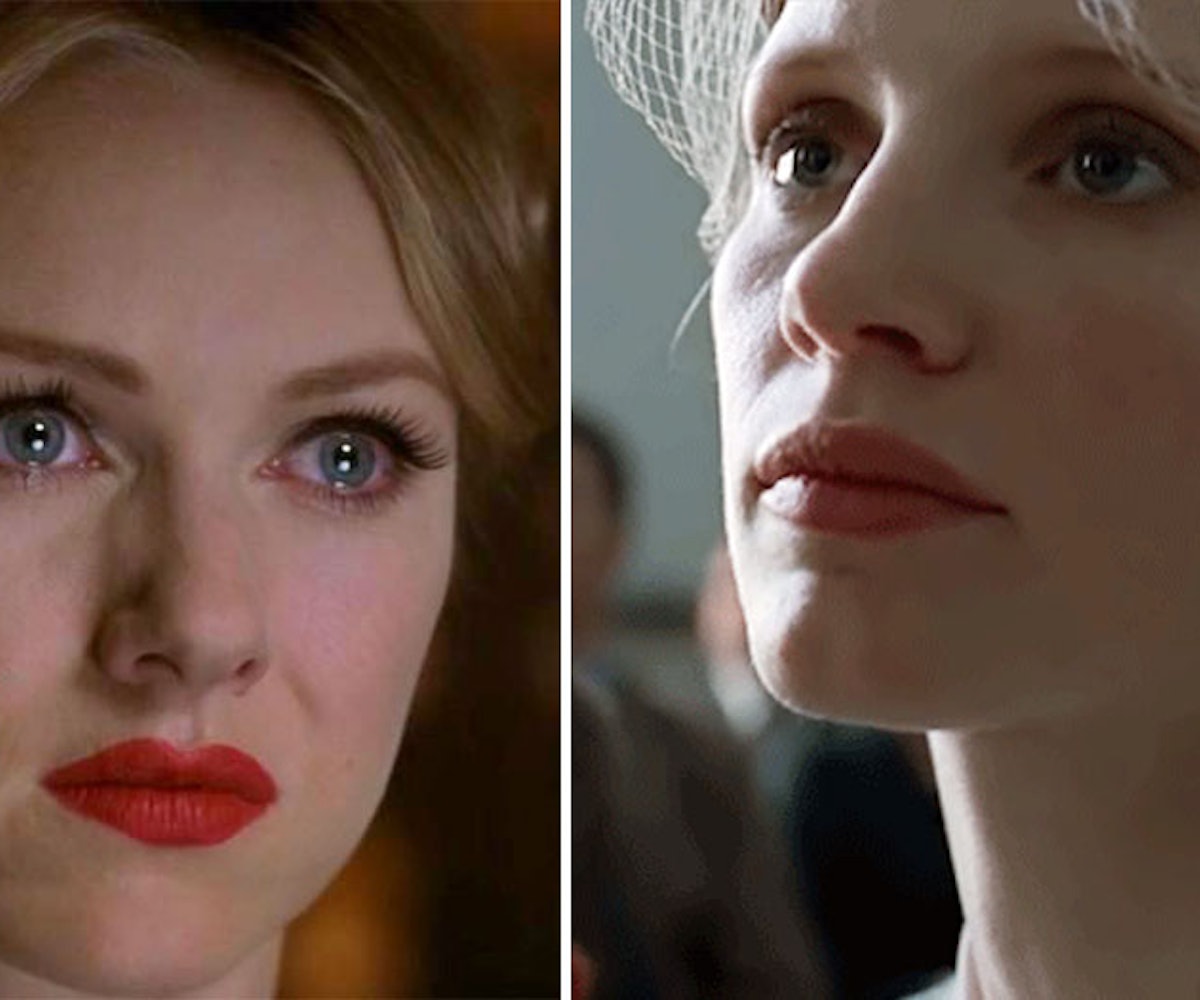 I saw David Lynch’s Mulholland Drive (2001) in the theater twice when it opened, and I saw Terrence Malick’s The Tree of Life (2011) once. They both stayed in my consciousness as perhaps the best or most suggestive American films of this new, beleaguered, and hardly inspiring century, and I think that a case could be made that they are the best or, at least, most ambitious American films made in the last 40 years. I recently watched them both again; I spent all day with them.

In some ways, Mulholland Drive and The Tree of Life are very different. Lynch’s nighttime world radiates anxiety, whereas the light-filled world that Malick creates is comparatively serene. But these two pictures share a specific collaborator: Jack Fisk, who did the production design for both films. And they both aim very high, which cannot be debated. (Whether they actually reach their lofty goals is a matter of taste.) Both Lynch and Malick work by instinct and intuition. Lynch’s imagery always feels heavy and portentous, thick and viscous, slowly oozing. Malick’s latter-day imagery is light as a soufflé and rushes forward like a river. They both make open films, and that also means open to interpretation. They do not over-direct or pre-determine everything, as so many directors do. They open the floodgates. They let everything in. They go beyond explanation.

And so it is ironic that Mulholland Drive shaped up into a masterpiece precisely because Lynch added a kind of explanation that radically changed what he had shot for a rejected television pilot. Given money to make this material into a feature film, Lynch at first had zero ideas about how to move forward until a whole string of new thoughts came to him while he was meditating. The beaming blonde ingénue Betty (Naomi Watts) would be revealed as the fantasy projection of a bitter failed actress named Diane Selwyn, also played by Watts. Most of Mulholland Drive was refigured as a dream of Diane's, but then she wakes up, at which point the movie collapses in on itself and we have to rethink everything we have seen up to that point.

Lynch locates our own subterranean lives in Diane’s fantasy of control over her career and her love life, and he shows how we dream to justify and console ourselves. Mulholland Drive reaches such a high level because Lynch was somehow able to remove himself totally from his own ideas. It finally feels as if Diane Selwyn herself, or someone like her, has taken control of the film, as if it is coming directly from her and the thousands of girls like her who went to Hollywood and washed up quickly. Lynch’s perspective is so wide and dangerous that it implicates every one of us in Diane’s disappointment, anger, and powerlessness.

Lynch’s creativity is bound up in his cheerful promotion of meditation, while Malick’s creativity is built on the base of Christian precepts. Both of them are trying to lead us outside of ourselves, and both are trying to stop their conscious minds from judging or controlling what they show us. Malick has many harmonious visual answers and comforts, while Lynch has questions, fears, and premonitions. Lynch has told a story that when he and his brother were kids, they saw a naked woman walking out in public, and they both started to cry because they knew something had to be really wrong in her life. In a way, that immediate empathy is what The Tree of Life is about.

Malick deals in archetypes in The Tree of Life, and he observes the power dynamics between husband and wife, brother and brother, and even dinosaur and dinosaur. Malick light-footedly fills in suggestive details of a family story that is autobiographical, and yet the effect is abstract. He isn’t afraid to give us a sense of who the Mother (Jessica Chastain) is here by showing an image of her levitating. The scenes in this movie aren’t scenes as much as fragments, memories bobbing to the surface, uncanny and shivery things recalled. Human cruelty emerges and then settles down, mixing with a feeling for forgiveness and remembered desire.

In both Mulholland Drive and The Tree of Life, an audience member might be driven to ask, “What is the story here?” or “When do we get back to the story?” Do either of these movies actually tell stories? Yes, in a roundabout way. And they teach us to beware any contemporary artist who complacently says, “I’m a storyteller,” because anyone can cling to that. Being a “storyteller” now is meaningless, or it has become so.

When I was a kid and first started going out to movies with friends in 1989 (we called it “going to the show”), we were seeing abject things like Look Who’s Talking and Turner and Hooch. And there was Batman. But then I would go home and turn on the American Movie Classics channel, and there would be Bringing Up Baby (1938) and Notorious (1946), and the contrast in quality was obvious. Anyone who watches Turner Classic Movies today can see that American studio movies of the golden period from 1920 to 1960 are inexhaustibly fertile. You can go panning for gold and find it in a second feature from 1937 or a B movie from 1945.

There was a second golden period from 1967 to 1977 when the new American cinema came of age, but Star Wars (1977) put an end to all that, and that end has lasted an awfully long time. American studio movies entered a crass, sterile, infantile period that shows no signs of abating yet. There have been some significant American films in the last 40 years, but most were made “independently.”

Do any of these films have something in common, other than that Julianne Moore features prominently in three of them? Maybe what some of them share is the urge to be wayward, and to not be too much “about” anything. Most of them are unapologetically sad, if not tragic. Can’t we make great comedies anymore? (2008's Burn After Reading by the Coen Brothers is the only modern comedy that would get my vote as a potential classic.) Maybe what most of them share is an ability to go big or at least go for broke, and on that level, Lynch and Malick went biggest and brokest. Both Mulholland Drive and The Tree of Life proclaim, “There are no rules.”

What’s sad about so much of American independent film today is its modesty, and, of course, part of that has to do with not having enough money or time. (Malick commanded armies of technicians to create the space imagery in The Tree of Life.) It’s as if so many American independent directors are saying, “Here’s my little movie… maybe? I tried my best. Please don’t kick it.” The smartest and most potentially talented people are overly cautious, while the literal-minded cash in on the crudest comedies and action pictures.

A great film can make you say, “This is the story of my life,” even if it is very far from the actual events of your life as you have perceived them. A great film can even make you say, “I understand this because this understands me.” If that sounds a little silly, The Tree of Life takes such risks as a matter of course. This is a film where a young boy says the line, “Mother, make me good,” in all sincerity. You might tear up when you hear that line, or you might roll your eyes. We all have many reasons now to roll our eyes, but very few reasons to tear up honestly. I can remember being a child and thinking something along the lines of, “Mother, make me good.” That might be something to remember, or at least keep in mind.

Mulholland Drive and The Tree of Life stand like lonely peaks linked by Fisk, who created the dark cave of Diane Selwyn’s apartment for Lynch and counterbalanced this with the natural light and billowing curtains of a family home for Malick. These are two movies that show what is still possible in their medium. They show what still might be done.