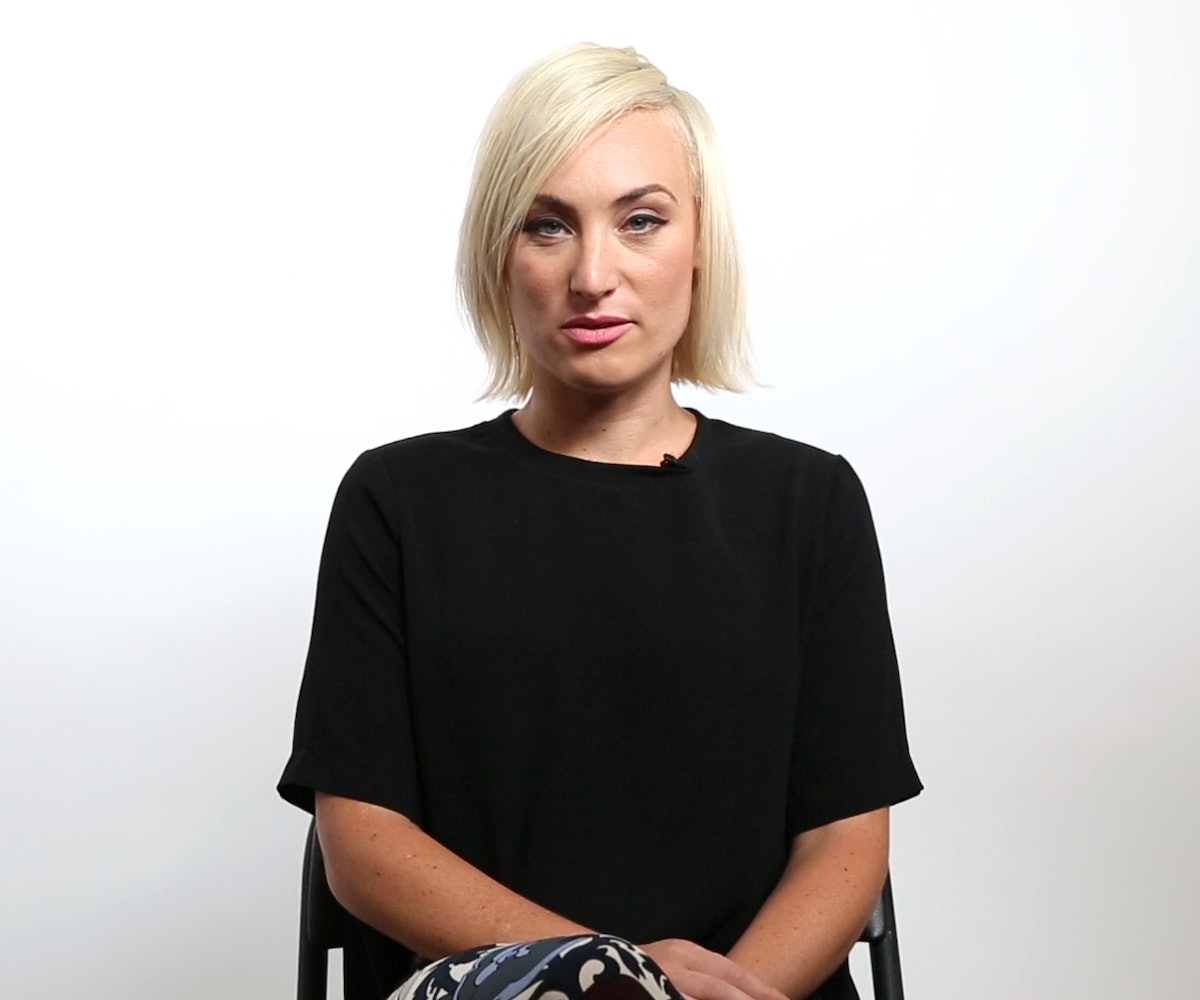 The word "abortion" is a firebrand. For some, it is explosive, bringing up politics and anger. For others, it is a word of power, a symbol of women taking control of their body, reclaiming their right to reproduce when and how they want. For us, it is a word that needs to be said, again and again—because one in three women have abortions. Because it is as much a part of womanhood as choosing to carry a child to term.

We asked a group of women to sit down and tell us about their abortions; to talk about why they chose what they chose and whether or not they regret it. Spoiler: None of them did. None of them—none of us—found their lives in tatters, and some have even chosen to have become mothers later on. By talking about it, they are helping to humanize it, moving away from abortion's stigma and into a space where we can openly talk about our experiences with this important procedure that we have a right to choose, and that so many of us have chosen.

But our right to choose is coming under fire with the attacks on reproductive health care centered around the funding (and defunding) of Planned Parenthood. There's #ShoutYourAbortion, a hashtag started by activist Amelia Bonow on Facebook and spread by writer and activist Lindy West—which encourages women to not just talk about their experiences, but to proclaim them proudly and without shame. There's #ISupportPP, which aligns women with the work done by the healthcare professionals of Planned Parenthood. And lastly, adding to the multitude of voices, we suggest #MyAbortionStory and #NoRegrets, for people who are interested in removing stigma from the word abortion.

Here are facts: One in three women have abortions. Abortion rates are decreasing among the upper and middle classes, but for poor women—the women who benefit from the funding of Planned Parenthood, abortion rates have increased by 18 percent. Nine out of 10 women receive their abortion before the first 12 weeks of their term.

We aren't envisioning abortion as the only possibility, but one of the many options to a woman available in the panopoly of reproductive options. Watch our video in which women share their abortion stories, and then share (or shout!) your own story. The more voices we add to this conversation, the more powerful it becomes.

(Thanks to Lizz Winstead and Lady Parts Justice, who helped inspire this story.)

NEXT UP
The Art Issue 2022
From Renaissance To Gemini Rights: The Stories Behind 2022's Best Album Covers
Culture
Allie Rowbottom’s Novel Aesthetica Isn’t About Instagram — It’s About Survival
Entertainment
Precious Pepala Is Going From TikTok Covers To Her Own Resonant Songs
Entertainment
Olivia Rodrigo Hinted At New Music In 2023