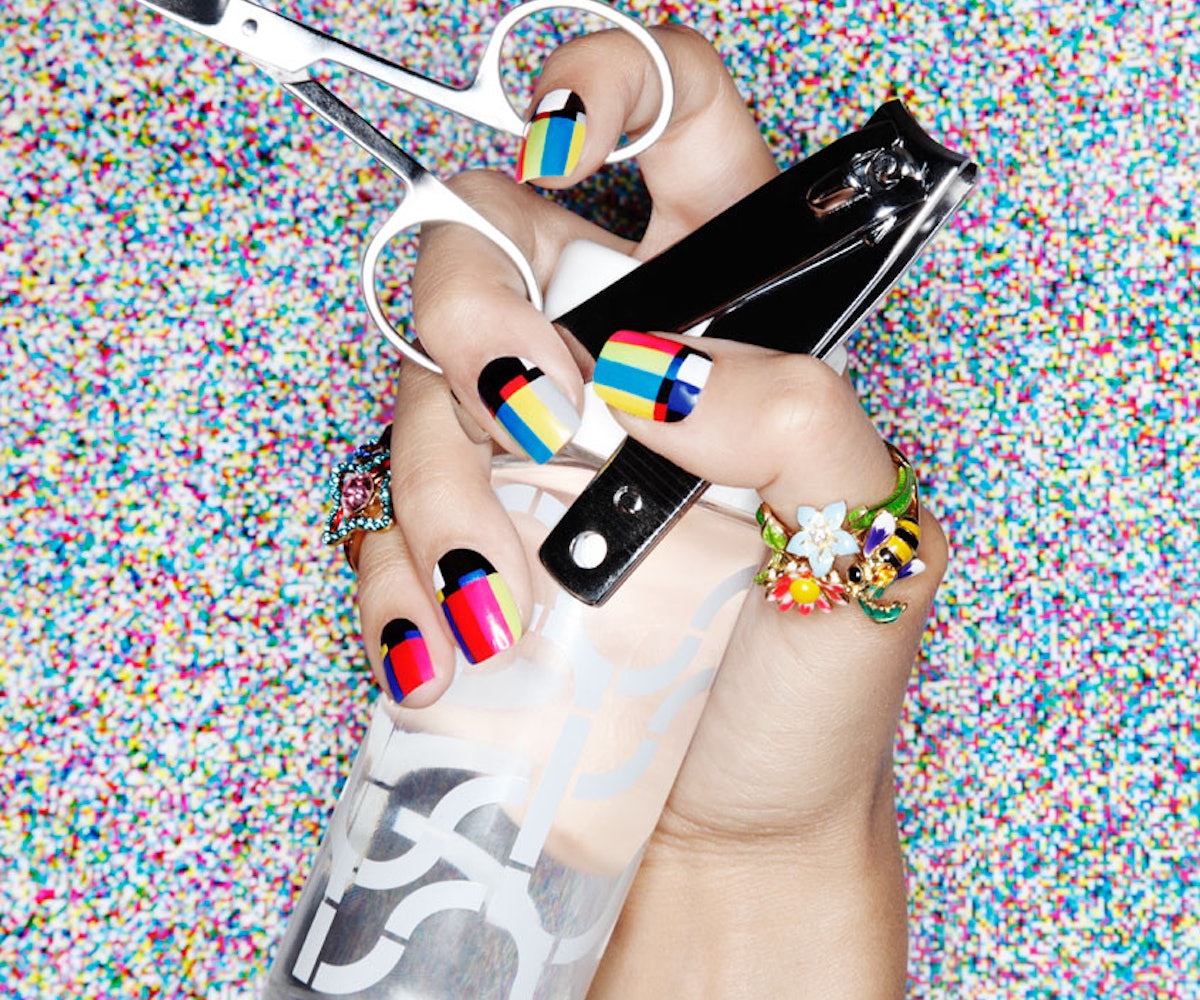 “An old friend of mine once said, ‘When you greet someone, the first thing you do is look into their eyes and the next thing you do is reach to shake their hand,’” says Deborah Lippmann, founder of her own nail line, The Deborah Lippmann Collection—and manicurist to Lady Gaga, Martha Stewart, and Sarah Jessica Parker. “That has stuck with me. It’s important to make a good impression and have well-groomed hands and nails.”

She’s not alone in this opinion. Some women say they don’t feel like themselves without buffed ridges and a shiny coat of polish: Chipped nails can be the equivalent of visible roots or leaving the house without mascara. And perfectly polished toes, even when they’re nestled beneath socks, somehow makes us feel put-together. With endless options, there’s a nail color to help everyone take on the world one step (quite literally) at a time. “OPI has more than 200 classic shades and we develop 60 or so new shades every season,” says Rebecca Brown, a PR associate at OPI, one of the world’s most iconic nail brands.

To nail down why polish holds such a special and prevalent place in our cabinets, we took a look at lacquer over the years and spoke with a few of the industry’s innovators.

The word “manicure” (which comes from the Latin words “manus” and “cura”) was not popularized in the United States until the 1870s, but the concept of nail care and painting goes back thousands of years. Ancient Egyptian women used henna, a leafy green plant native to Egypt, to tint their nails. Henna leaves can be ground into powder and mixed with hot water to form a liquid dye. Though the plant leaves are green, once applied to the nail, the henna dye can range from light orange to crimson. This practice remained popular in Egypt from around 5000 to 3000 BCE.

Tinting nails with henna may have served a functional purpose before becoming a fashion statement: Henna has anti-fungal properties, so laborers working in harsh environments (or someone preparing a body for burial) may have used henna to protect and preserve their fingers.

Later, however, Egyptians used nail color to indicate power and status. The bolder and stronger one’s nail color, the more power one supposedly had. For example, female pharaohs Nefertiti and Cleopatra both donned deep red nails, while lower-class women wore lighter shades or nothing at all. Nefertiti and Cleopatra must have been onto something thousands of years ago: According to Brown at OPI, the color “I’m Not Really A Waitress,” a dark red, is the brand’s best-selling polish today.

When excavating a royal tomb in Southern Babylonia from roughly 4000 BC, archaeologists discovered a solid gold manicure set—rivaling Kelly Osborne’s $250,000 black diamond manicure at the 2012 Emmy’s. Ancient Babylonian men (not women!) colored their nails with kohl as a pre-battle ritual, in addition to tinting their lips to match. Next time you decide to match your lipstick to your nail polish, thank these stylish Ancient Babylonian warriors.

But the first people to actually mix and bottle a product for nail painting were the Chinese near the year 3000 BC. Varying amounts of beeswax, egg whites, gelatin, vegetable dyes, and flower petals (rose and orchid were especially popular) created different colors and textures. While modern nail polish takes just minutes to dry due to advanced ingredients, Chinese women had to wait for hours, sometimes overnight, for their nails to dry. Similar to Ancient Egypt, nail polish denoted class and wealth in Chinese society. Colors like silver, gold, red, and black were exclusively for royals. Often, a royal’s nails might be inlaid with gemstones. But if a member of the lower class wore these shades or designs, they face a public death penalty—all because of a little polish.

While nail polish originally served a functional purpose in ancient times and slowly evolved to be a fashion statement, we now see examples once again emphasizing functionality: In 2014, four students at North Carolina State University invented a nail polish that supposedly can detect date rape drugs, like Rohyphnol, Xanax, or GHB. By simply dipping his or her nails in a drink, the potential victim can know the drink is drugged if the polish changes color. The product line, called “Undercover Colors,” is not on the market yet and critics have said it could potentially fuel victim blaming despite good intentions.

According to Lippmann, there’s always room to grow and develop within the nail polish industry. “I would love to create a product that was as effective and long-wearing as a gel, but without UV light,” says Lippmann. “Even more incredible would be something that helps women’s nails grow—so many women can’t grow their nails past their fingertips.”

No matter what the future holds, nail polish will remain a fun and potentially functional trend—even if the function is just to enjoy or experiment with beauty. Lippmann says, “I commonly see women become more expressive and come out of their shells after getting their hands done.”

She perfectly sums up our love for polish by adding, “If you are wearing something whimsical and it is right in front of your face, it will make you happy.”