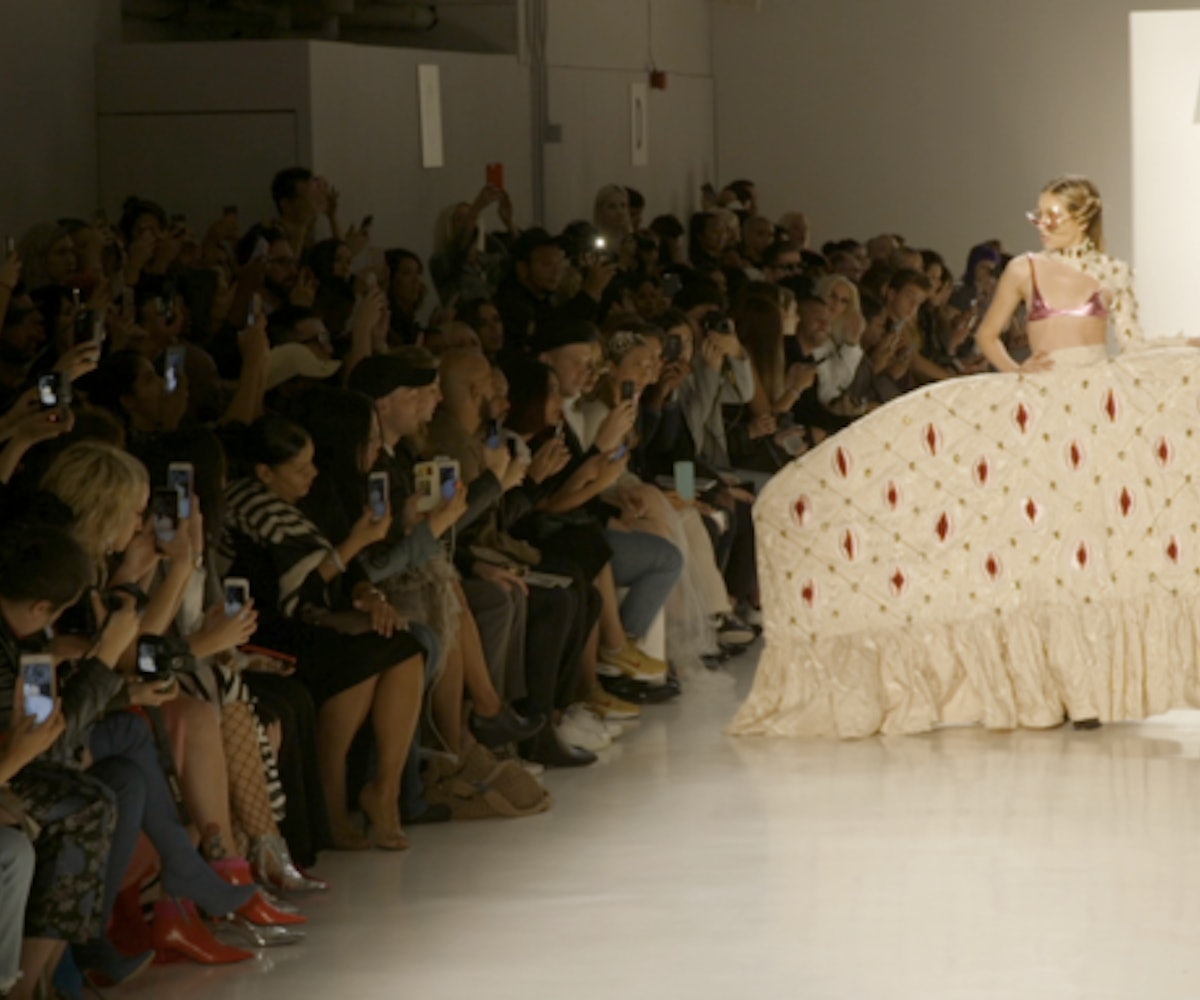 New York Fashion Week wouldn't be, well, New York Fashion Week, without its grandiose collections, rebellious beauty looks, and iconoclastic street style stars. And while this season witnessed some major show-stopping moments (see: Rihanna literally on a motorbike during Fenty Puma's spring collection), it was Namilia's spring collection that stole our hearts with its powerful avant-garde pieces—all adorned with vaginas!

"Our brand is all about what feminism means to us, and each season, we kind of redefine issues of girl power, or how we can translate that into clothing that empowers the Namilia girl," says Li. "This season, we were looking at how pornography has become the new form of sex education, which has nothing to do with reality but it's purely for fantasy, and a very male fantasy. We wanted to pick up on all of the cliches that pop culture tries to tell women how to be—either the holy virgin bride or when you're more sexual as a woman that's automatically something negative."

See the collection in action, above.