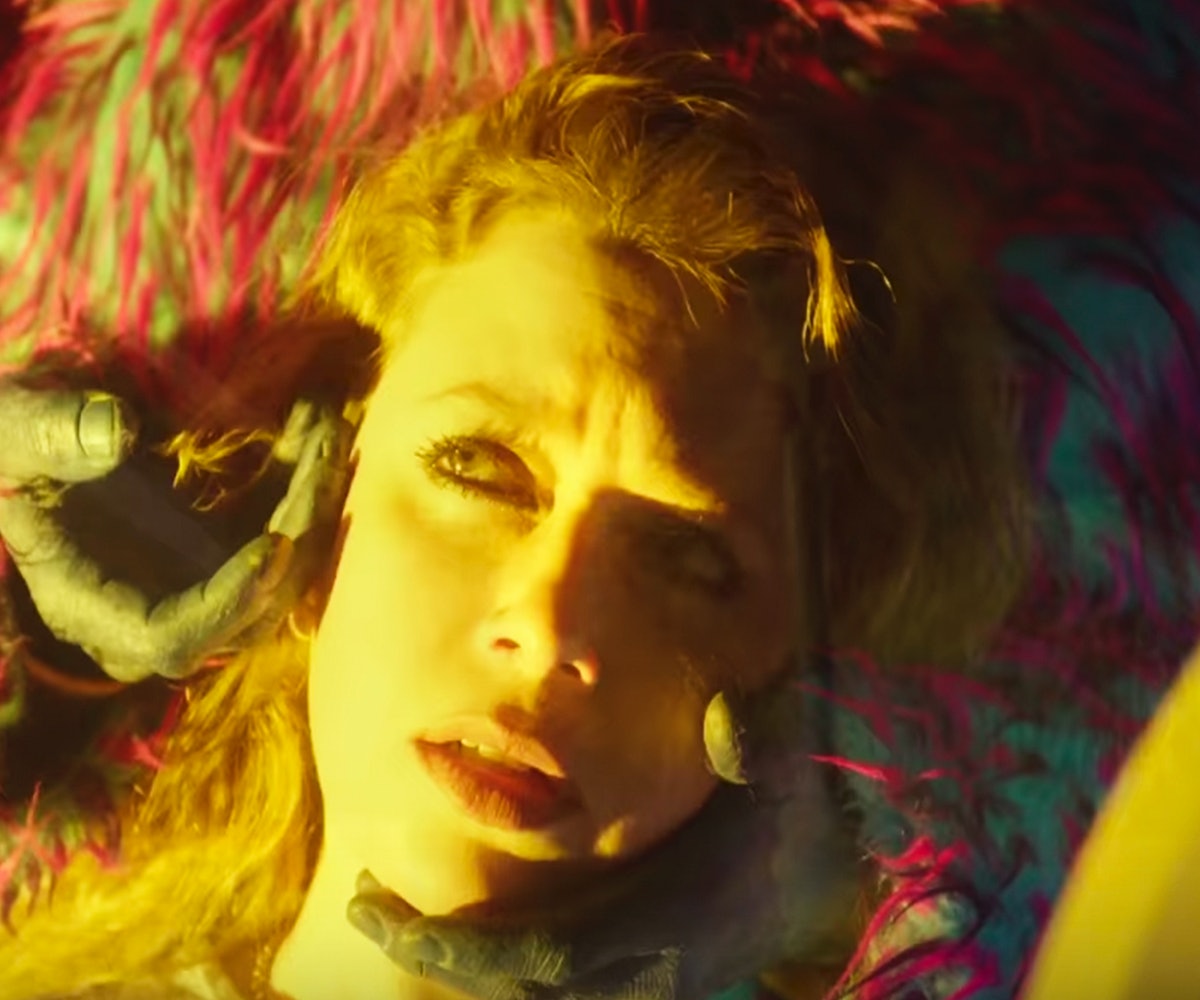 Natasha Lyonne and Chloë Sevigny's upcoming horror film Antibirth gives the term "pregnancy scare" a whole new meaning. In Danny Perez's feature-length debut, Lyonne plays Lou, an aimless partier who drinks and smokes a lot, and finds herself mysteriously pregnant after one night where she blacks out in her small Michigan town. Sevigny plays her best friend Sadie, who helps Lou figure out who's baby (or demon) is growing inside of her. Through it, Lou continues to drink and smoke way too much. "I can't be pregnant," she says in the trailer. "It's not my style." Her unborn child then begins to distort her mind, causing her to lose all control of reality. She starts seeing possessed-looking, murderous Teletubby-like everywhere she goes. It's kind of like Rosemary's Baby meets It.

The film debuted at Sundance this year, and will hit theaters September 2. Watch the creepy, campy, and slightly disturbing trailer below.