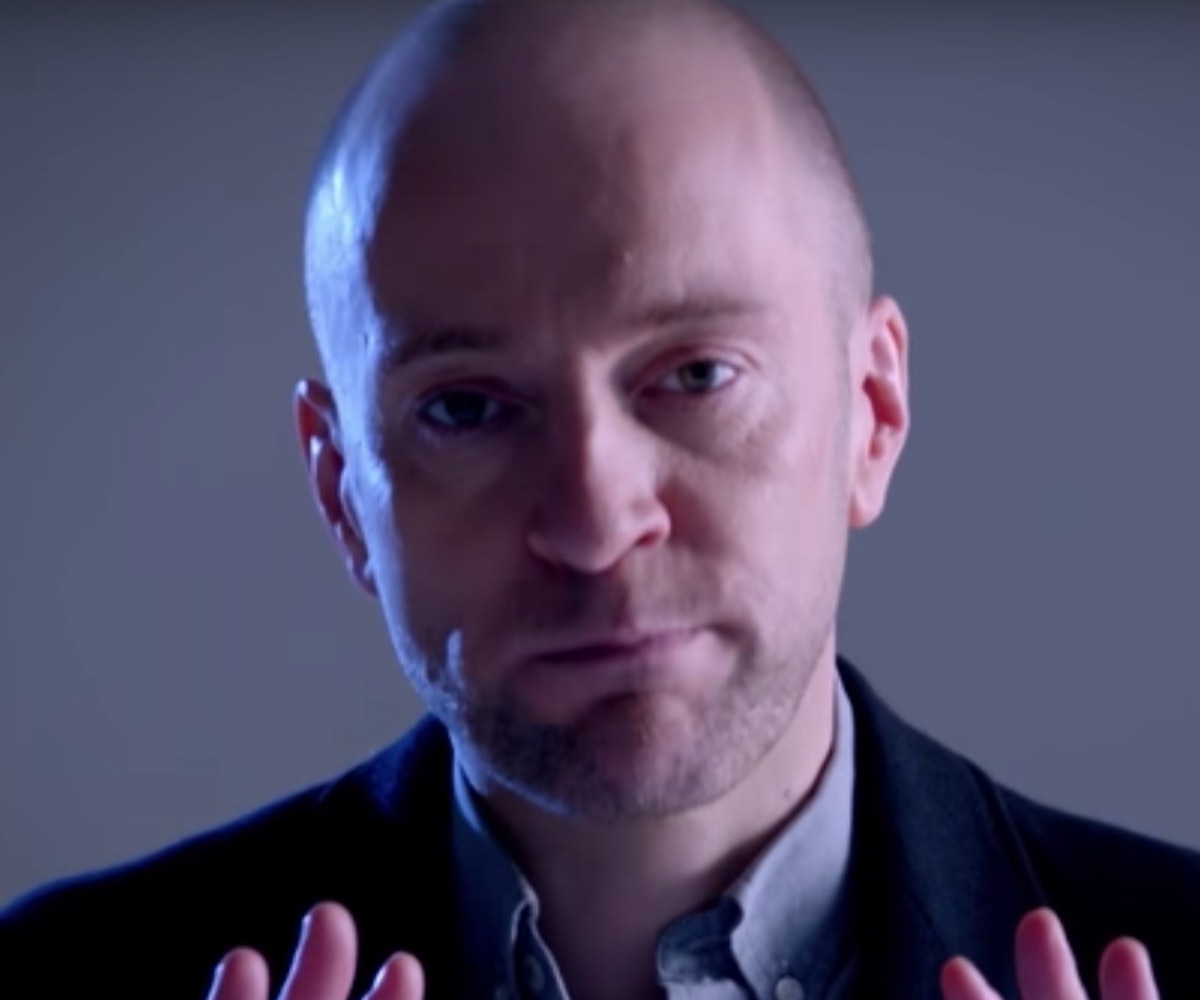 Netflix has just released the trailer for its forthcoming special The Push, and it's chilling to say the least.

The premise appears to be simple of the surface—i.e. killing people is bad. But things get a little more complicated when we see how that premise is questioned, as the show explores whether or not, "we be manipulated through social pressure to commit murder."

The brainchild of British “psychological illusionist” Derren Brown, The Push attempts to test one man's moral perseverance by placing him in an impossibly difficult situation. In the first trailer for the show, we see an unsuspecting individual named Chris (who does not know he's being filmed) grappling with the decision to either do right or help a cast of paid actors cover up a murder. "There's only one way out," Brown intones ominously.

But why? Brown's explanation is disturbingly Black Mirror-esque in its rationale. "This show is about how readily we hand over authorship of our lives every day," he states. "Can social compliance be used to make someone push a living, breathing human being to their death?" Probably, if you're cynical enough about it, though anyone who wants to see the entirety of this "social experiment" will need to wait until February 27 for it to begin streaming on Netflix. In the meantime, you can watch the trailer below: