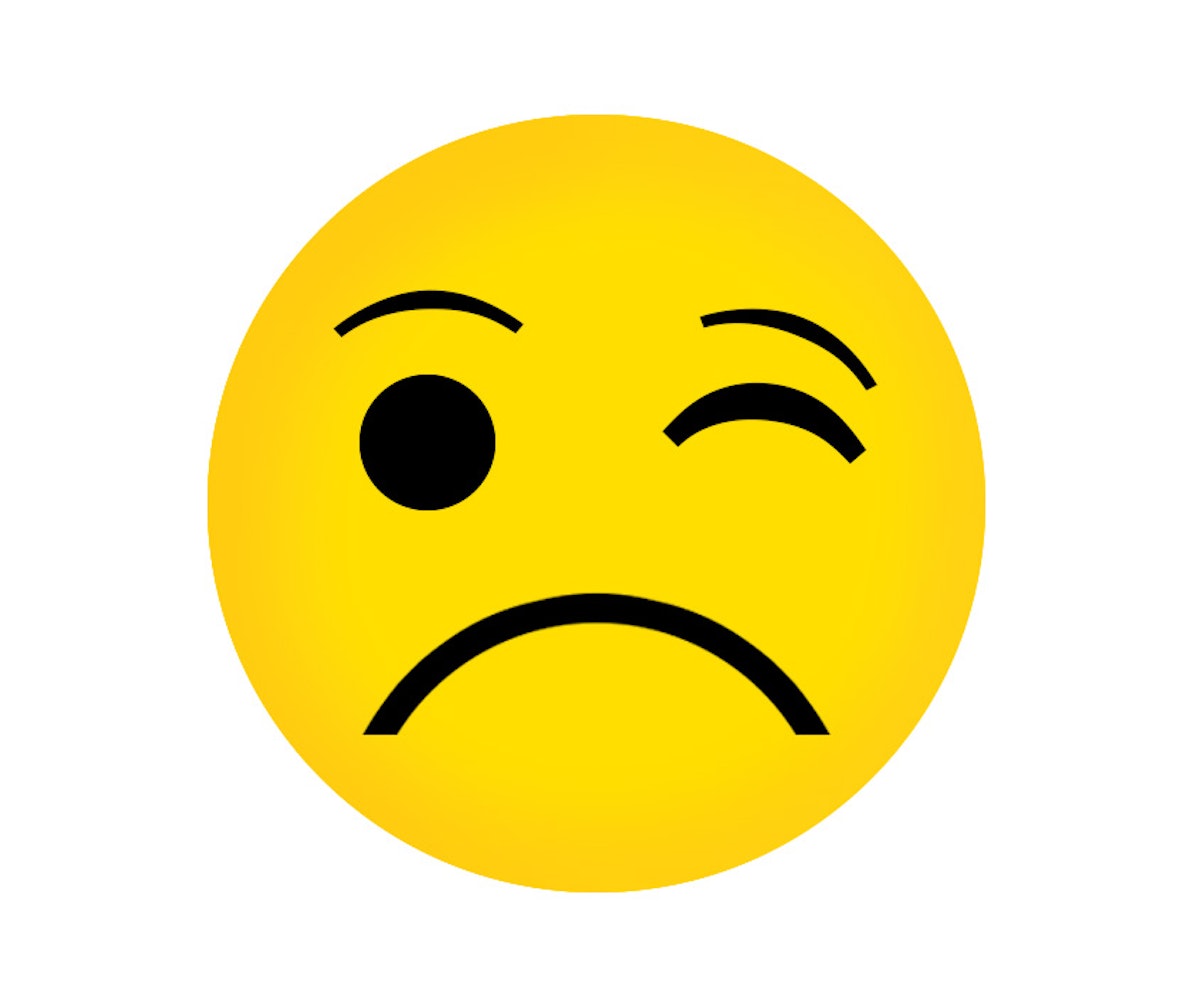 When Tanlines revealed that they had created their own Emoji during a recent shoot with Original Penguin, we got to thinking. Unicode’s update to the Emoji keyboard is great, totally necessary, and honestly, a breeze to use now. Yet, there are a countless number of other emotions still to be Emoji’d. So, using Jesse Cohen and Eric Emm’s winking-frowning face as inspiration, we went ahead and invented five more the guys can add to their oeuvre while on the NYLON Guys Music Tour. Perhaps even Unicode will take note and draft up versions of its own for the next update.

Use it to convey that unique sense of guilty joy one derives from canceling plans at the last minute to stay home and binge-watch Netflix.

Use it to illustrate how you cover up your sad emotions with a laugh.

This is what happens when the chill sunglasses emoji chills in the sun for too long.

The Duck Face—a.k.a., The Selfie

Use this to express that special feeling of excitement one gets before doing something naughty.

The Penguin Emoji—a.k.a., The Masked Face

Not only is this a shoutout to Original Penguin, this here could be used to express how sneaky you might feel in the moment.