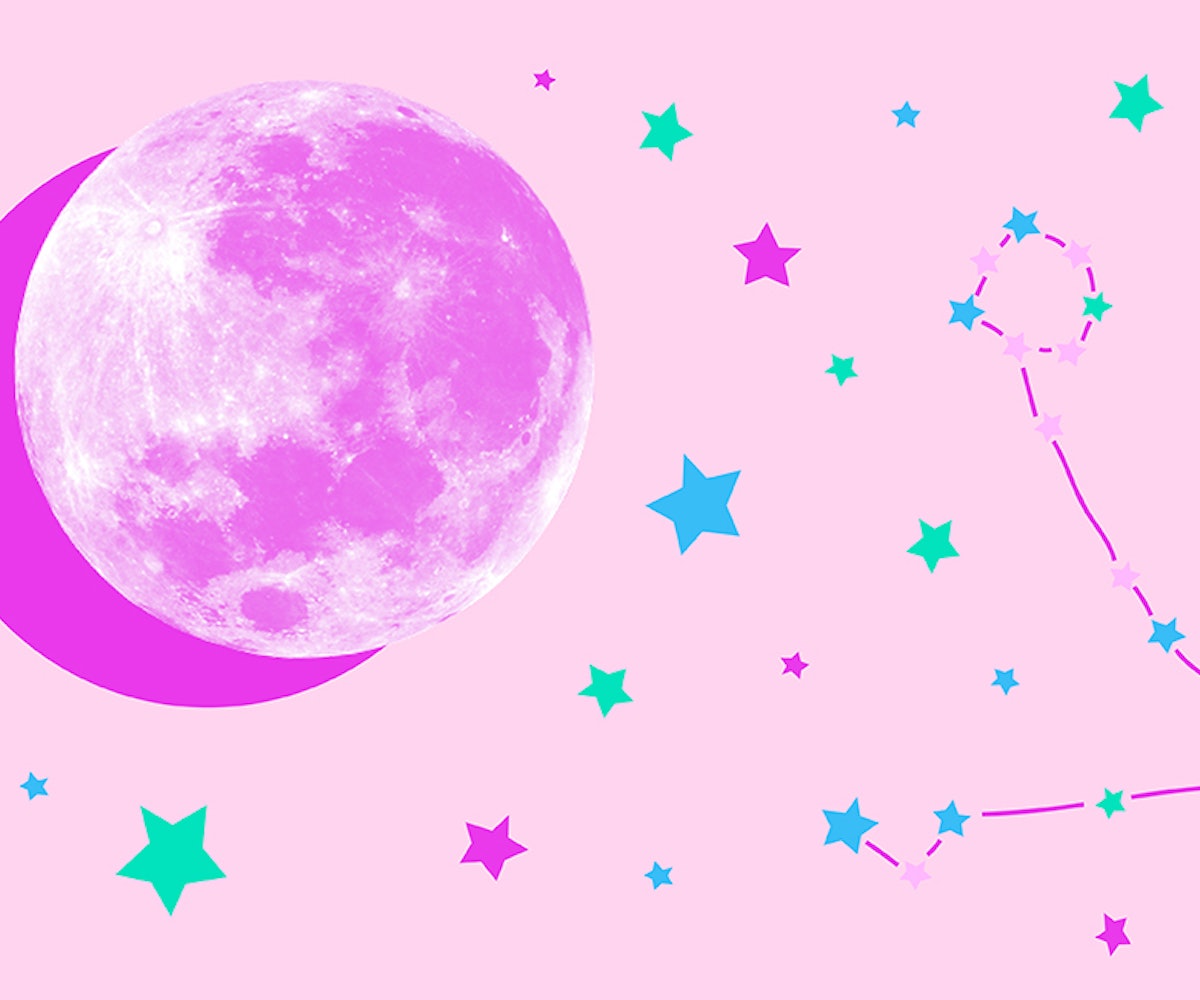 There are months when it can it feel particularly hard to be a human girl, especially when the Sun traverses Pisces, and our spirits grow turbulent like little ships caught in a storm at sea. Pisces feels it all, their bodies flow naturally with each current or spend their life flowing against it, and these past few years have given Pisces lots to feel what with Neptune and Chiron taking up residence. On Saturday morning, while many of us are still dreaming our weekend dreams, a new moon in Pisces will hang in the still-dark sky. She’s not the kind of new moon that makes easy promises, she’s emotionally all over the place and knows you felt her coming. Strung out amongst the stars, she will make a trine with Jupiter Retrograde in Scorpio, an aspect heavy with mood, hard on herself, and sensitive to external elements.

Do you think alien girls lie around in their alien beds preoccupied with their alien sadness while sunny days pass them by on a planet far from here? Do they chart the Earth’s transits thinking, Ah, the planet that births religions and rivers of fish, a planet of dueling origin stories, of too much life and not enough reverence for it? Do you think alien girls plan their dune dates according to the Earth’s moderate orbit, thinking it might not be so lucky if Earth came close to their stars? Maybe it is harder to be an alien girl, a secret thing in a universe unimaginable, or maybe there aren’t any girls at all out there, and aliens are as genderless as angels are supposed to be. Genderless aliens singing along to moody songs wearing lipstick made from stones in a galaxy far far away.

No matter what’s out there, this new moon won’t let us be anything but ourselves. She’ll arrive at daybreak and wake us with a sliver of her white light before tucking our human bodies back to bed. We’ll adjust to the darkness briefly, seeing the outlines of things: cars stirring sleepily and bodies pushing against the morning wind, determined to wake and be a part of the animated world. Refractions of headlights, streetlights, some of us will fall back in our morning dreams with our windows cracked open, cool air whistling along with a radiator’s hiss. Some of us will lumber out into the street, rise and meet the day, which is a kind of devotional act even if compulsory. And, although there is no agreed upon proof of aliens or angels, when you act out of devotion to yourself, it is known that your angels are proud of you.

Your genderless angels, your alien siblings, are generous, and what they wish for themselves, they wish for you, too: to begin each day as if it is new and everything you dream is possible. Maybe they’re watching our moon spin around our planet and writing essays about us, tapping a pencil to their alien temples as they wonder whether this new moon in Pisces will have us drowning in self-doubt or swimming far out beyond the buoys that mark our limits. Maybe they’re rubbing smooth the stones of their terra, making crystal grids, and sending us messages in code we haven’t trained ourselves to hear. Like songs composed entirely out of atmosphere, their letters hover over us as we dream new moon dreams and linger when we wake, bumbling, making coffee, stretching humanly in the mirror. It can be hard to choose yourself each day, and your angels know it. I think they might be trying to tell you that love lasts longer than grief. That we are lucky to have a moon at all. That even a little a bit of light is enough to see by as you move your body through darkness toward something sacred, somewhere you feel free.