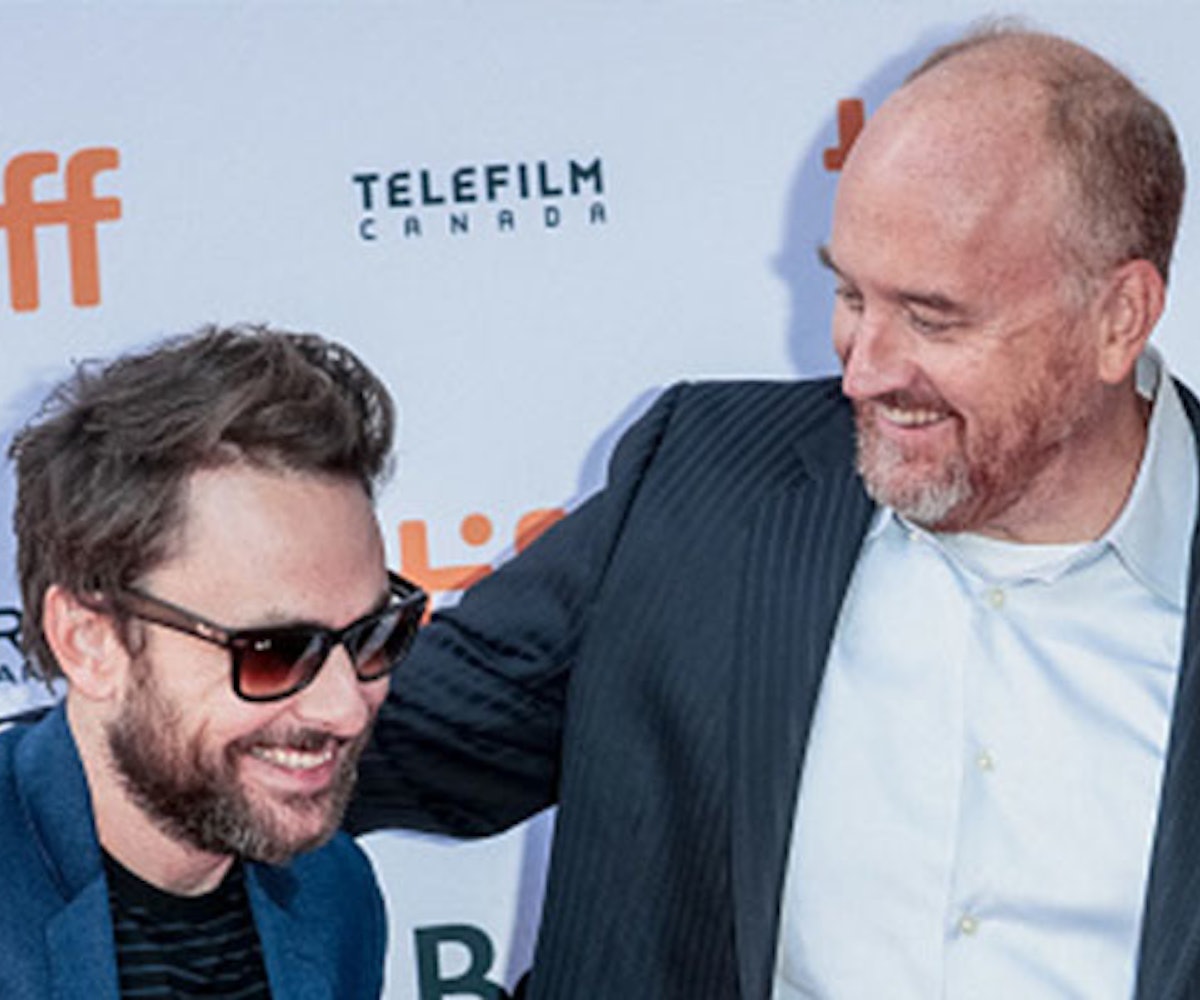 Three years ago, I wrote an essay about how the guy who raped me in college was nice. He was talented and charming and well-liked by almost everyone in our class. The piece was a reaction to New York magazine posing the question, “Is Terry Richardson a Predator or an Artist?” I wanted to make a point that people can be nice and accomplished and still be abusive. A recent “nice allegations” against celebrities thread shows that there still might be some confusion around this.

In response to the constant stream of emotionally draining news surrounding sexual assault and harassment, San Francisco-based artist Oliver Leach asked people to share "nice allegations" against celebrities. "Does a famous actor give good Christmas presents," he wrote. "Does [a] lady comedian always smoke people out."

The stories shared range from Tom Hanks bringing 50-plus interns In-and-Out Burger to Tyra Banks comforting someone in an airport. It makes sense that people, particularly sexual assault survivors, would want to take a mental respite from the very personal and triggering stories that have been shared recently. However, some have pointed out that the "nice allegations" thread could be misleading and, in some instances, even damaging to victims.

As writer and professor Elissa Washuta pointed out, some of the celebrities praised in the thread are actually abusers. This makes sense, given that it's difficult to really know a person after one or even a handful of encounters with them. "So many abusers seem charming when they’re not abusing and to those they’re not abusing," Washuta tweeted. "Saw a ‘nice allegation’ reply about someone I also saw named as an abuser."

While it's nice to hear about the positive experiences people have had with celebrities, the reality is they likely don't know much about those people. "Abusive men are often charming and nice," writer Emily Reynolds tweeted. "They can be kind and generous. Just because you met them once and they weren't a dick means literally nothing."

There also really isn't a need for a "not all celebrities" campaign, since you don't need to be a celebrity to abuse your power. You can be a manager at a gas station, and the power dynamic is still there. The conversation should be centered on people who exploit their power to sexually abuse others, and this thread seems to muddy that message a bit.

While the thread is definitely well-intentioned—and it's fun to hear about Woody Harrelson smoking up a cafe full of people while playing Balderdash—it's mostly just people sharing stories about celebrities they met briefly and liked. Their individual experiences have very little to do with whether or not those people are predators. After all, we rail against celebrities who say, "That wasn't my experience with him" as a way of explaining why they continue to work with people like Woody Allen and Roman Polanski, and this hashtag could be interpreted that way.

If the past month has taught us anything, it's that being a generally nice person doesn't mean you're not a sexual predator, just as being a talented artist or a beloved public figure doesn't mean you're not a predator. Feel free to share your uplifting stories about celebrities, we could all use an occasional break from this waking nightmare, but be careful about implying that if someone seems nice that means they're not dangerous.