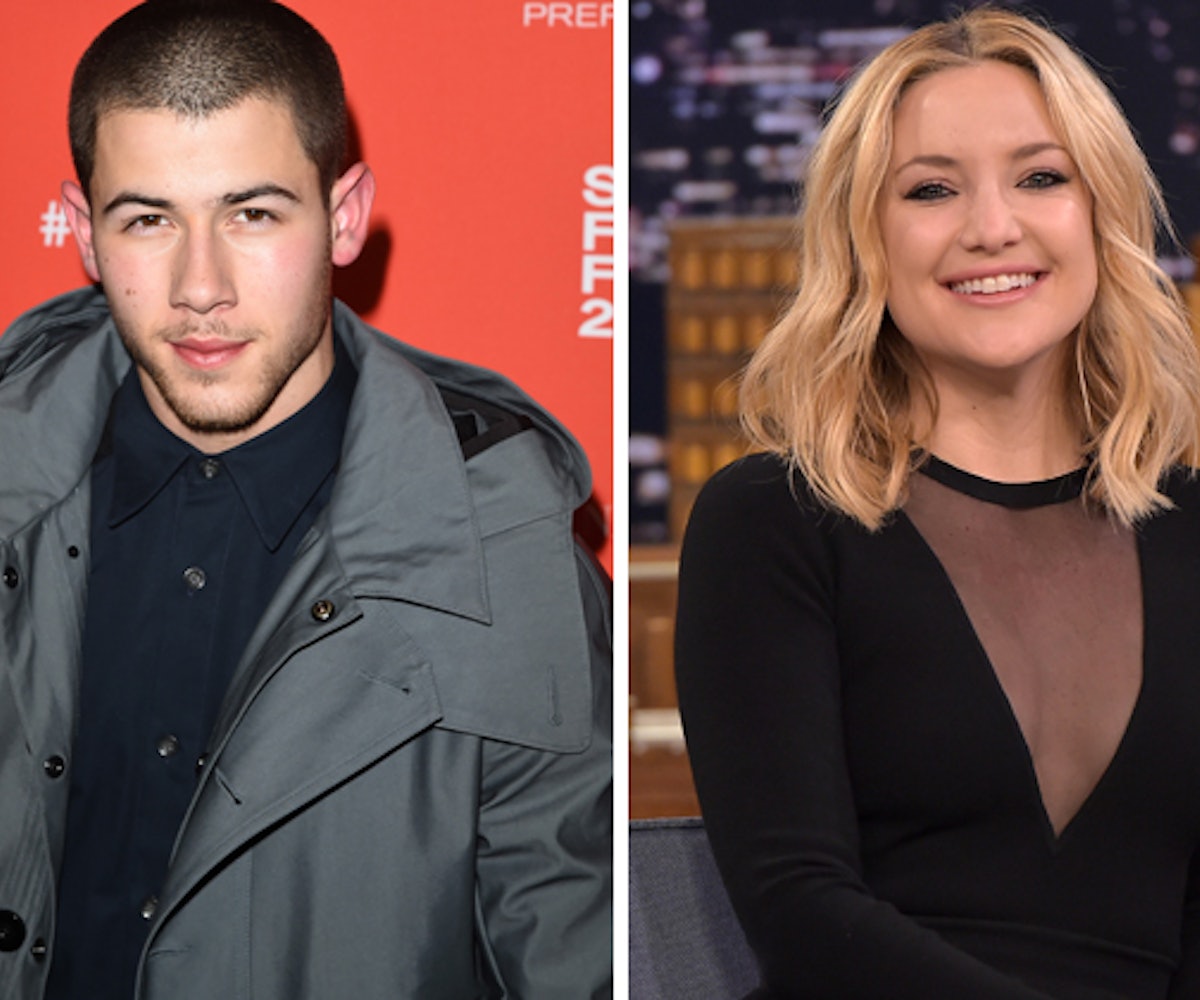 Let it never be said that Nick Jonas is not a polite, thoughtful, well-spoken young man. In a long, long interview with Complex’s Kerensa Cadenas released on the site today, the Jonas Brother managed to tactfully, adeptly handle questions regarding two hot, hot rumors that have dogged him for what seems forever: that he’s gay and, somewhat contrarily, that he hooked up with actor Kate Hudson.

As to the first rumor, Cadenas notes that, yes, Jonas has a clear tendency to play gay characters in his acting work, goes to gay clubs, creates music that seems designed for such venues, and fully embraces his large gay following. Basically, Jonas’ response is a lovely, totally woke, “so what?”

“There’s always going to be negativity toward anything that is a positive effort toward change,” He tells Cadenas, “As a heterosexual male, [I am] open and comfortable about loving my fan base, gay or straight, because to me there is no difference, it is my fan base. Your sexual preference does not matter to me and it shouldn’t matter to anybody.”

He continues, “I’ve gone to normal clubs, straight clubs, and I’ve gone to gay clubs, to party with my friends and fans. There’s no difference. I have nothing to prove. I’m very comfortable in my own skin and I’m thankful to have as many close gay friends as I have, people who have been so supportive in my life, and have always been there for me.” Isn’t that nice?

On the somewhat more likely possibility that Jonas has been with Hudson in one way or another, Cadenas jumped right in with both feet. It’s really quite impressive and his response is just as memorable.

“Are you having sex with Kate Hudson?”

“Umm,” he laughs. “You know, it’s interesting. You’re allowed to ask me whatever the fuck you want and I’ll answer it, or not.”

“You’ll answer it in whatever ways it fits.”

“Kate’s incredible. We had an unbelievable connection as two humans who just admire things about each other, and see something in each other that’s beautiful. Out of my best effort to respect her and her privacy, I’m not going to say if we had sex or not. But we did have a beautiful connection. Even now I have so much admiration and respect. She’s amazing.”

His face says it all. My face flushes afterward and I apologize for asking a shitty question. Jonas laughs it off, saying that I have a job to do.

That, friends, is not only some tasty, gutsy celeb journalism, it’s really just about the sweetest way Jonas could have handled the question. It’s clear that this is one of those non-denial denials—a wink and a nod that confirms what so many of us already knew. Still, if you can find a better, more respectful wink and nod out there, please tell us.

Now, please do go ahead and read the rest of Cadenas’ impressive profile over at Complex. Revelations about Jonas’ love for Shania Twain, his thoughts on Tinder, and so much more good stuff awaits.