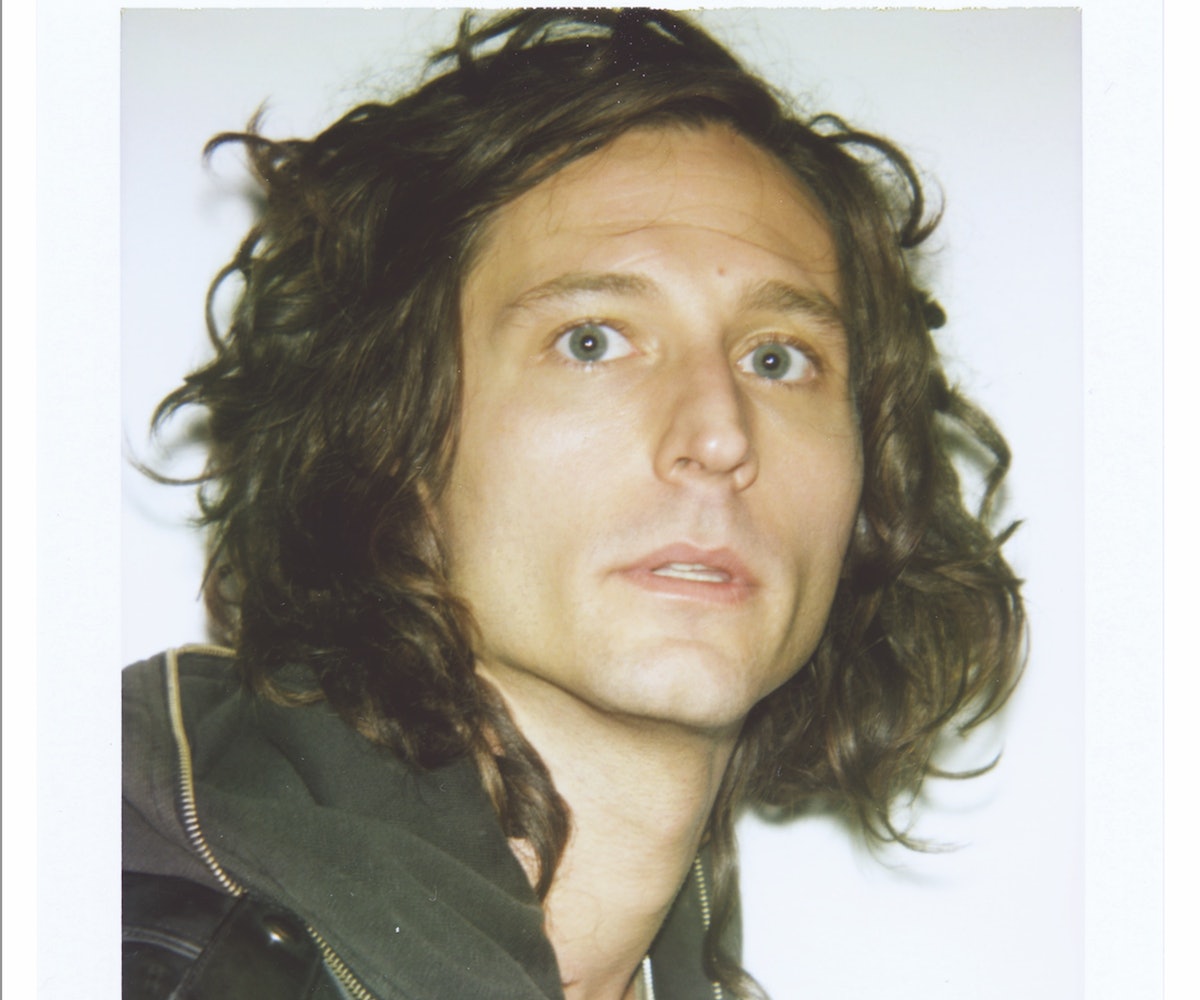 Ever since The Strokes arrived with 2001’s insta-classic Is This It, the band has been synonymous with New York City. So it’s a little jarring to find their lead guitarist Nick Valensi living in Los Angeles. But here he is on a Thursday afternoon at La Mill, a coffee shop in the bosom of L.A.’s artsy Silver Lake community. Valensi is the only member of The Strokes who calls L.A. home, having left the city that birthed them a vague “six, seven, maybe eight years” ago. He’s the last Stroke to start his own project, a fivesome called CRX. We’re meeting the morning after his first show as a frontman, which took place at the Hi Hat on L.A.’s East Side. Despite all that, he remains as contrarian an interview subject as any classic Strokes encounter would have you anticipate. He remarks that he likes my necklace so I return the favor, inquiring as to what the shrapnel resting atop his Led Zeppelin tank top means. “It’s a Scorpio symbol,” he says, through a mane of curls and via the mystery of aviator sunglasses. So you’re a Scorpio? “No, I’m not,” he says with a shrug. Our encounter will go on to be fueled by similar Keanu Reeves-style “uhms,” unimpressed pouts, and nonchalant responses.

Last night got off to a nervy start, as Valensi took to the stage with a motley crew including keyboardist Richie Follin (of Guards), drummer Ralph Alexander (The Dose), plus guitarist Jon Safley and bassist Darian Zahedi (The Reflections), the latter of whom looks like he could be in a hardcore screamo outfit. “The bass player doubles as my security guard,” jokes Valensi. In attendance were friend Josh Homme of Queens of the Stone Age, and his wife, Amanda de Cadenet. The set consisted of never-before-heard cuts from the band’s debut album, New Skin. It ended triumphantly, with the crowd chanting the band’s name in unison.

“Band names with three syllables lend themselves to chanting,” says Valensi, reticent to reveal where CRX came from. “Naming the band was as hard as making the album. It’s a boring story you don’t wanna hear.” The story is that while they were recording in L.A., they used a Roland CR-78 drum machine and at the same time, Homme, who produced the album, was imagining a visual in his head of “a Japanese punk rocker driving a [Honda] CRX through the deserted streets of Tokyo.” CRX became shorthand for the album’s mechanical sound. Valensi says he was never going to put his own name in front of the project, unlike, say, his Strokes’ bandmates Julian Casablancas and Albert Hammond, Jr.

In a 2011 interview with Pitchfork, Valensi claimed he wasn’t a supporter of side projects. “If you’re playing material that you haven’t even shown to your main band, I’m not a big fan of that,” he said at the time. Did The Strokes get first dibs on this new material before Valensi formed CRX? “No,” he says. “Regarding that statement, I’ve changed my mind. That shit happens.” Have The Strokes heard it? “Yeah, they’ve heard it.” He pauses. “Well I’ve given it to them. I didn’t sit there and watch them listen so I can’t guarantee they’ve heard it.”

If they did listen, they’ll have heard a 30-minute sucker punch of tracks like “Ways to Fake It,” “Walls,” and “On Edge,” all mired in pent-up frustration. The sound is more Strokes than even The Strokes were on their June 2016 EP, Future Past Present. “It’s all pretty transparent,” says Valensi of his songs’ combative lyrics. “I’m a straight shooter. I’m frustrated with how fake the world seems and even more frustrated when I’m a part of that.”

Valensi decided to unleash his frustrations around 2013. That year The Strokes put out their fifth album, Comedown Machine, without much promotional or touring support. “I got to a point in my life where I was hungry to play more without this big machine behind me,” he says. “For the first time I wrote songs with the intention that they wouldn’t be for The Strokes—just for me, for fun.” The first song he wrote was “Unnatural,” a faster, more aggressive track, which led him to concentrate on one thing: being “heavier than The Strokes.” Valensi scored the vote of confidence he needed when he played eight demos for Homme. “He was borderline blown away,” says Valensi.

I wonder what Valensi has gleaned from Casablancas when it comes to fronting a band. “That’s a very good question. Shit! I’m still figuring that out,” he says. “The most important thing is that everyone’s having fun and we believe in the music. Without that there’s nothing to build on.” He says there’s “absolutely never” been a frontman inside of him. “I grew up identifying way more with Slash than I did with Axl. The singing has been a bit torturous. At rehearsals I do a David Lee Roth impression to get into it.”

A week after our meeting, CRX will play the Mercury Lounge in New York, a venue synonymous with The Strokes. “New York is my first home. My mom, my sisters, all the guys in The Strokes live there. It’s nice to come full circle, to have to win people over again,” he says. Will his bandmates be in the audience? “Everyone’s scattered. Nikolai [Fraiture] goes away for the summer. I think Julian lives outside of the city. Albert might be on tour. But they’ll get an invite,” he says. Drummer Fabrizio Moretti goes without mention.

In terms of the future of CRX versus The Strokes, Valensi remains balanced. “There’s a feeling of excitement to get CRX rolled out,” he says. “But when The Strokes put something out people still get excited.” He puffs his chest out. “I’m just grateful people are pumped about me doing anything.”

Special thanks to The Line Hotel.