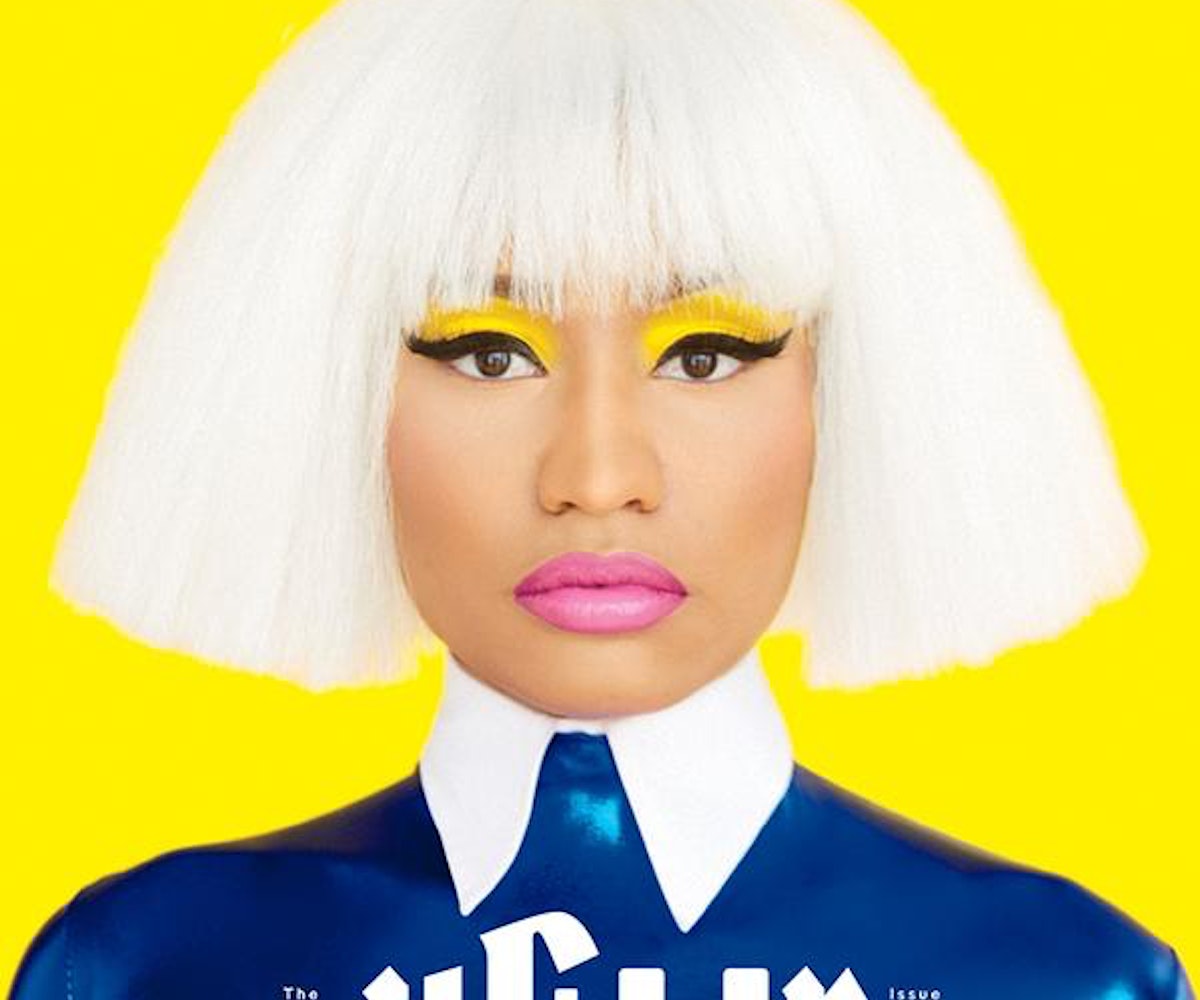 Nicki Minaj landed a cover on this week's issue of The New York Times Magazine. In the profile, the rapper discussed her passion for the craft, how she dominates in both hip-hop and pop, and the role she plays for black women worldwide. Similar to Rihanna, Nicki is putting her career first as her top priority above a relationship to a man. "I can’t stop working, because it’s bigger than work to me," she said. "It’s having a purpose outside any man.’’ Seeing as to how she went from getting heated with Taylor Swift on Twitter for a hot sec to a full-on confrontation with Miley Cyrus at the VMAs, Nicki stood her ground and addressed the situation by explaining the perspective she was coming from.

‘‘The fact that you feel upset about me speaking on something that affects black women makes me feel like you have some big balls," she said. "You’re in videos with black men, and you’re bringing out black women on your stages, but you don’t want to know how black women feel about something that’s so important? Come on, you can’t want the good without the bad. If you want to enjoy our culture and our lifestyle, bond with us, dance with us, have fun with us, twerk with us, rap with us, then you should also want to know what affects us, what is bothering us, what we feel is unfair to us. You shouldn’t not want to know that.’’

Nicki also aired out her feelings regarding the beef between Meek Mill and Drake, and Lil Wayne and Birdman: ‘‘They’re men, grown-ass men. It’s between them. I hate it. It doesn’t make me feel good. You don’t ever want to choose sides between people you love. It’s ridiculous. I just want it to be over.’’ Despite being surrounded by all the drama, don't get it twisted, though—Nicki does not thrive off it by any means, and seemed justifiably offended by the question when prompted.

‘‘Why would a grown-ass woman 'thrive off drama?’" she replied. "What do the four men you just named have to do with me thriving off drama? Why would you even say that? That’s so peculiar. Four grown-ass men are having issues between themselves, and you’re asking me do I thrive off drama?... Women blame women for things that have nothing to do with them.’’

Nicki ended the interview telling the reporter, “I don’t care to speak to you anymore.” Classy AF.