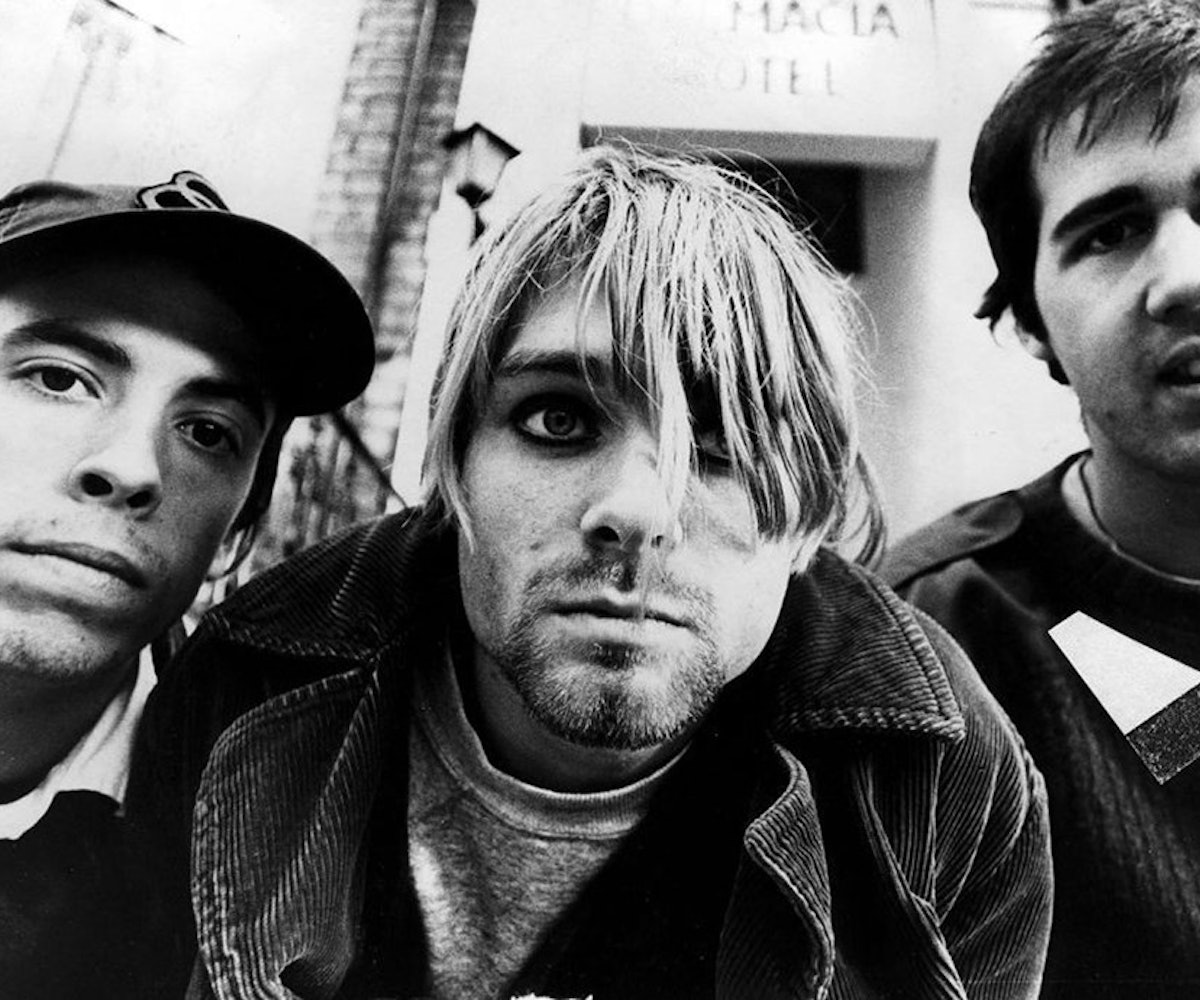 There has been so much endless pouring over the Nirvana archives ever since the tragic death of Kurt Cobain, that it's hard to believe there might still be some unreleased material out there, just waiting to be unearthed.

But on Wednesday, a never-before-seen reel from a recording session featuring unreleased songs from the grunge pioneers surfaced online. Recorded on February 15,1993, at Pachyderm Studios in Minnesota, the session features two versions of the previously released song "Dumb," three versions of "Marigold," and two unreleased songs, one being a solo track from Dave Grohl and one called "Lullaby," which Stereogum is reporting features Cobain on drums.

The reel was purchased by an unsuspecting fan on eBay and later shared online because keeping something like this to oneself could be considered a crime against humanity. It was recorded during the In Utero sessions, a virtuoso piece of art that never quite got the credit it deserved. Then again, no follow-up to Nirvana's masterpiece Nevermind could have ever lived up to the impossible expectations that come with succeeding one of the most important albums of a generation.

For one of the best collection of Nirvana archival footage, be sure to check out Brett Morgen's brilliant documentary Kurt Cobain: Montage of Heck, and listen to the Pachyderm sessions, below