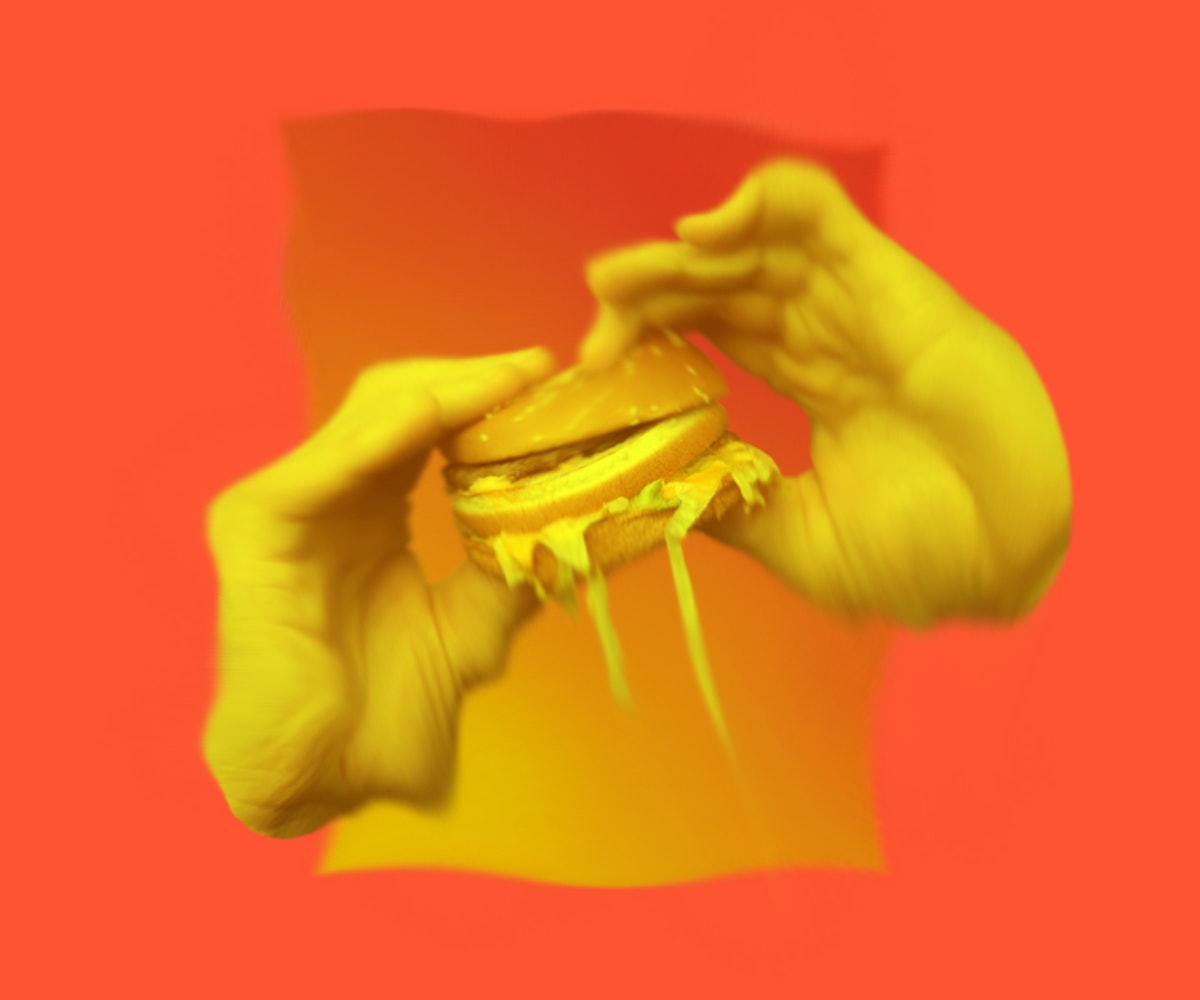 "No” is, perhaps, one of the hardest words to say with conviction. It is one of the most important words to familiarize ourselves with as it can maintain a sense of order in our lives and reveal to us our limits. This month, a handful of NYLON staffers are practicing saying “no” to certain aspects of their lives—be it social media, carbs, coffee, or Coca-Cola—to see how much control they have and what benefit (if any) saying “no” had for them. We’re calling it NOvember, because, well, duh.

I don't eat fruit. Save for a grape I threw up immediately and some pesky avocado slices that somehow wound up on a turkey sandwich I ordered, I haven't ingested a single piece fruit for nearly two decades. Instead, I thrive off bread, cereals, a handful of vegetables, very plain salads, Wheat Thins, and meat—lots and lots of meat. My doctor knows this and still, every time I see them, says I'm perfectly healthy. Physically, sure. I exercise regularly and though I eat like garbage, I don't eat a ton. Mentally, however, I wish I ate differently. But, teach me one recipe and that's all I'll be cooking for myself for months on end... until I get bored of it, really.

So this November, I decided to guilt-trip myself into switching up my dumpster fire of a diet by saying no to the junk: no unnecessary carbs, no sugars, no dairy, less red meat, and yes to more greens. About two years ago, I tried the Paleo diet for two weeks and only stopped because Thanksgiving happened. That experience showed me a few things, one being how truly boring my culinary habits are and another being what carbs my body can handle and what carbs my body cannot. I've since reintroduced the not-so-nice carbs to my life but decided that if I'm going to do this tiny experiment mindfully, I'm going to cut them out and, instead, find gluten-free options of the body-approved carbs, namely rice and tiny portions of pasta.

The night before, I strolled down grocery store aisles foreign to me. I lingered in the veggie area longer than usual, staring at all the peculiar greens I've never considered eating because why bother when I'm content with the foods I do like and would rather not eat something I don't? (I know the whole "don't knock it until you try it" thing, but this aversion to new food, I think, runs deeper than I can fathom.) I said "not today" to that voice and brought home foods I never have: green beans and broccolini. And my usual staples of romaine lettuce and asparagus made the cut, because duh.

That night, I cooked gluten-free rotini with homemade chicken meatballs and roasted broccolini and had enough left over to last me two lunches and a dinner. (Go me!) The broccolini was incredible. It was, perhaps, the best food virginity losing experience I've ever had. Broccoli stems freak me out, but the stems of the broccolini were like asparagus topped with the broccoli tree. Come through, Mother Nature! I finished dinner full, but not exhausted. The next morning would prove to be a challenge because I axed the quick one-two punch of cereal. Eggs and turkey bacon it was, which took more time than I would have liked. I made a mental note to wake up earlier.

At work, my protein-heavy breakfast kept me sustained until lunch time, which consisted of the previous night's leftovers. I did not once crave a snack. This was a nice surprise as our snacks are stored behind our front desk, and I get nervous I'm being judged by how frequently I shimmy behind our receptionist to get some or by how many snacks I bring back to store in my cabinet, so I don't have to shimmy behind our receptionist all the time. Coffee proved to be no problem for me, either. I've been on that almond milk train for a minute, so diluting my drink of choice's acidity was a breeze.

I hit the gym that night and made a chicken burger as a post-workout meal. My nighttime sweet tooth kicked in, so I went to bed early to ignore it. I woke up exhausted and with little time to prepare the eggs and bacon. This scenario continued to play out throughout the entire week; me waking up not feeling rested and honestly angry I couldn't play the whole peanut butter on an unsalted rice cake for breakfast card. I experienced the same bout of exhaustion my first week of Paleo, too, so I wasn't surprised, just irritated my body was going through a carb withdrawal. Meanwhile, the workday went off without a hitch. (I blame it on my insecurity that my peers were keeping tabs on my diet and ready to wag a finger each time I slipped and dipped my hand into the Nature Valley granola box.)

By week's end, I felt fatigued, but, for once, not craving junk. That, of course, slipped when I went to a birthday party and the pressure to be social trumped the pressure to be mindful. That sense of mindfulness, however, and deliberately saying no the crappy food is what I hope sticks with me. It takes just a little more effort, but the payoff outweighs the momentary sense of guilt. It also, I confess, provided a little bit of a thrill. Trying new vegetables was a tiny joy. The gluten-free thing wasn't all that bad and, well, waking up earlier to prepare a breakfast that sustains was comforting. Fruit, however, is still very much out of the question. Ain't no monthly franchise or work incentive that will change that.