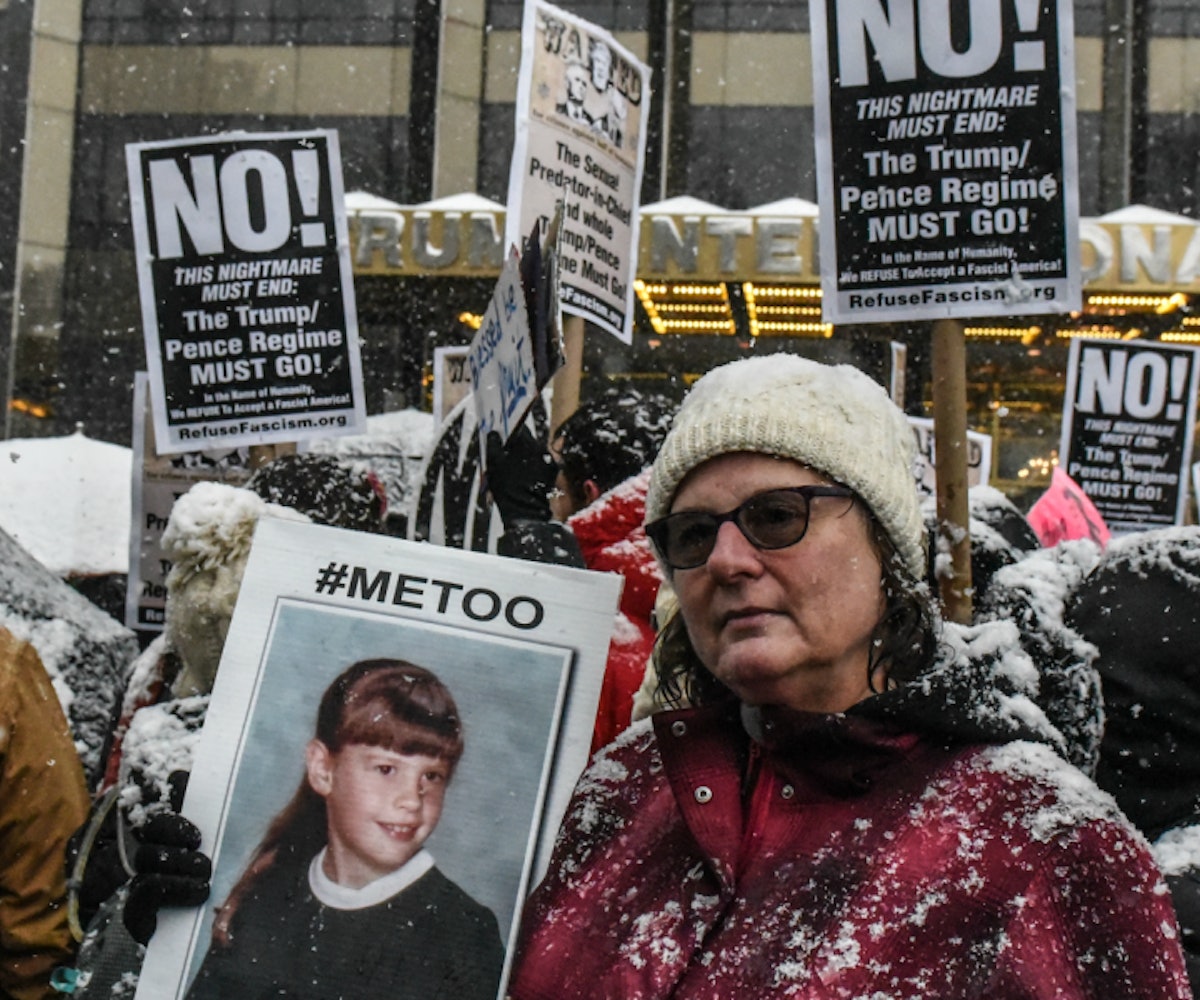 While #MeToo is expected to be the focus of the Golden Globes this weekend, not all self-identified feminists are thrilled about the movement. Some, like Daphne Merkin, think that women just need to toughen up a little to deal with sexual harassment. This week she wrote an editorial piece in the New York Times bemoaning the supposed “political correctness” she sees emerging in society:

"For many weeks now, the conversation that has been going on in private about this reckoning is radically different from the public one. This is not a good sign, suggesting the sort of social intimidation that is the underside of a culture of political correctness, such as we are increasingly living in."

Merkin goes on to write about how, since the women she knows think the #MeToo movement is too PC, society as a whole is definitely blowing this whole thing out of proportion. She worries that more “minor” incidents of harassment are causing unnecessary trouble, and that flirting itself is in jeopardy because people are just too darn sensitive.

However, our society’s fear of being “too PC” is what got us to this culture of silence in the first place. What we’re seeing now isn’t people being too touchy, it’s people finally speaking out about wrongs that were considered as “minor” or “no big deal” for far too long.

Merkin also claims that the movement creates a society “in which [young women] are perceived to be—and perceive themselves to be—as frail as Victorian housewives.” Again, she misses the point. This entire movement is about shedding the fear and subservience that kept women quiet for so many years. We hear it time and time again: Women have nothing to gain from coming forward with their assault stories, and so much to lose. It takes bravery to face threats, dismissive attitudes, and disbelief—far from the model of a frail Victorian housewife.

But Merkin doesn’t just have bad advice, she has a dismal solution. Instead of speaking out against harassment, women just shouldn’t let it happen in the first place!

"What happened to women’s agency? That’s what I find myself wondering as I hear story after story of adult women who helplessly acquiesce to sexual demands. I find it especially curious given that a majority of women I know have been in situations in which men have come on to them—at work or otherwise. They have routinely said, ‘I’m not interested’ or ‘Get your hands off me right now.’ And they’ve taken the risk that comes with it."

Merkin, a white woman, takes a tragically narrow worldview in her piece. Perhaps she and her (likely white) friends haven’t had any issues with telling harassers to back off, but the realities are much different for impoverished women, trans women, and women of color, who may not have the luxury of speaking up, or a safe space in which to do so. It’s not our responsibility as women to keep men from assaulting us, it’s men’s responsibility to leave us the hell alone, and our culture’s responsibility to speak up and stop harassment from being the norm. Women are tough, but that’s not enough—society needs to have our back as well.