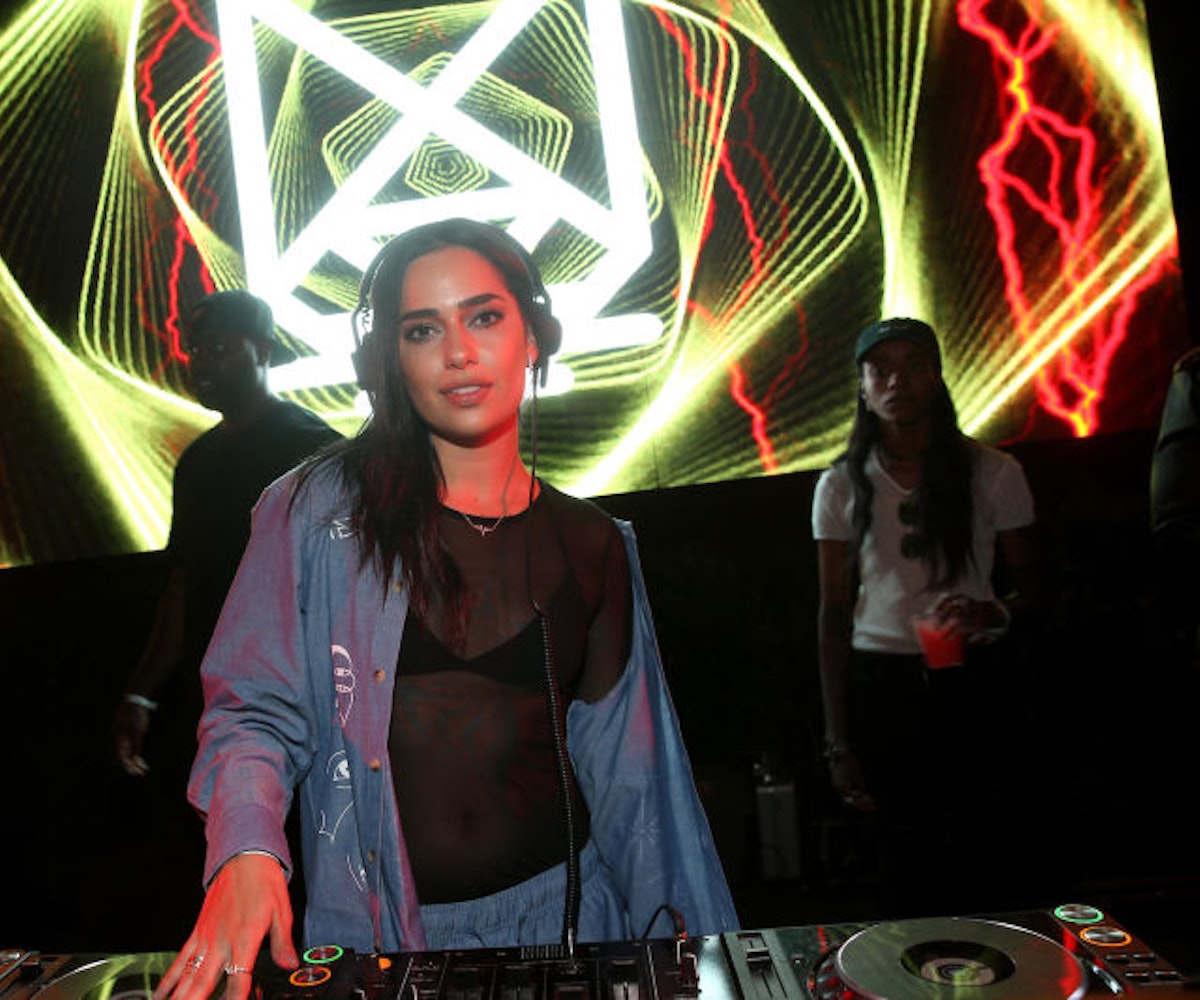 Another Coachella has come and it has gone. Disclosure slayed, Kesha returned, and Rihanna reunited with Calvin Harris, but in between all of that, we were playing host to two epic parties. After the festival's lights turned off on Friday, April 15, the music was just beginning to bump at our Midnight Garden Party. (Thanks, Soko! Thanks, A-TRAK!) Come 3am, Skrillex showed up and shut the party down with a surprise set. With a Saturday filled with catching Of Monsters and Men and dancing to RÜFÜS DU SOL until day two wrapped, we were in dire need of recovery. Good thing our Sunday brunch was on the docket for the next day. An afternoon spent lounging in the pool, nursing juices with a little hair of the dog while LION BABE performed was just what we needed before a long flight home.

We'll leave you with these pictures to relive, remember, and possibly refresh. We've got dust to clean off our Dr. Martens and another festival to get ready for.

Photo booths for all.

No pink, you stink.

Copping this Coachella style for next year.

Why rock a flower crown when you can rock flower shades?

When at Coachella, rock body art.