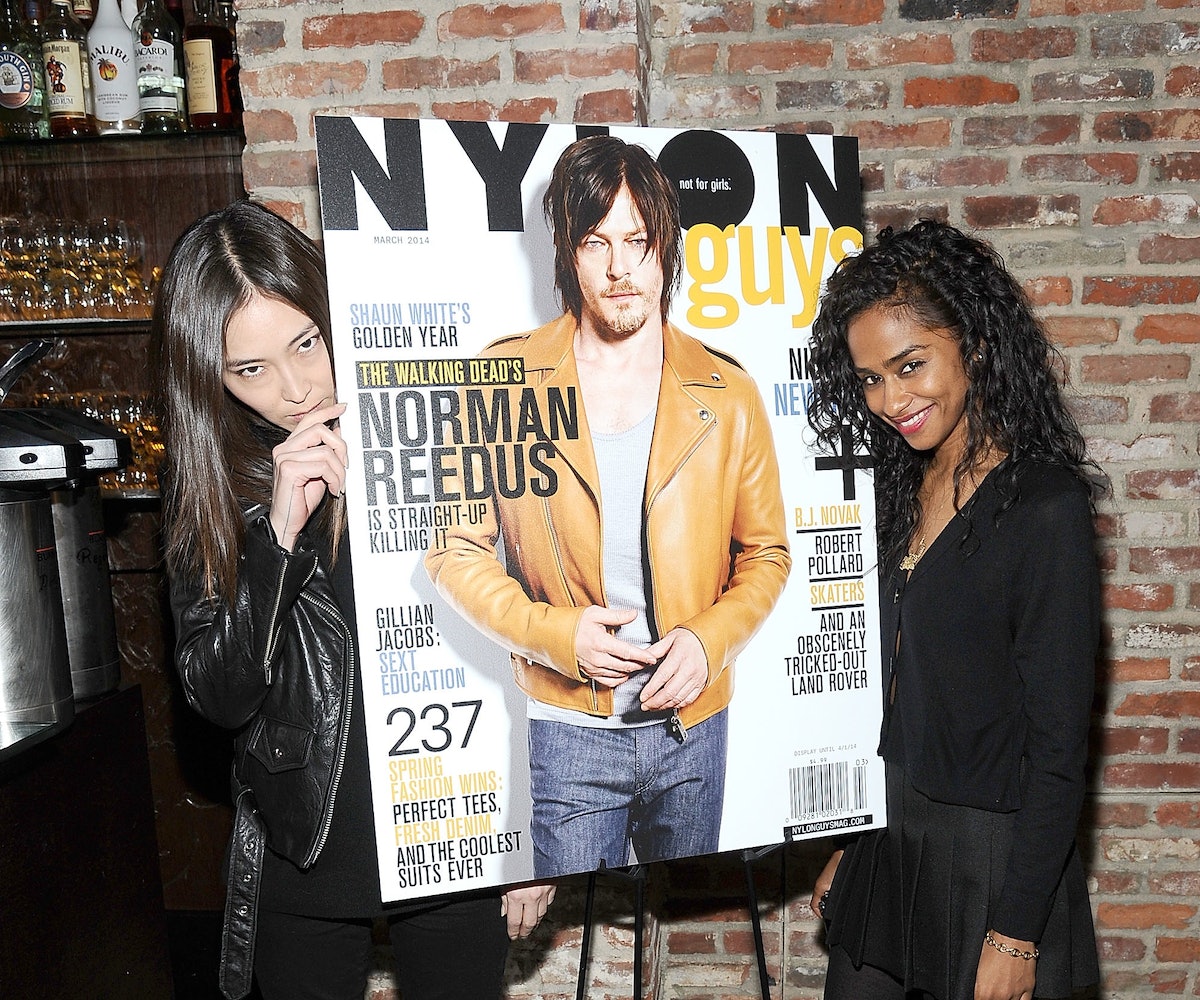 On February 10th, NYLON Guys celebrated the launch of their Feb/March spring fashion issue with one of the coolest guys around, The Walking Dead's Norman Reedus. Arriving for cocktails at the Meatpacking District's Manon restaurant, guests later enjoyed family-style appetizers of Hamachi, Japanese eggplant, and delicious butternut squash ravioli and main courses of Manon's whole grilled Dorado or Amish chicken. Thanks to Smoke Stiks, guests could enjoy their complimentary e-cigs inside. Who doesn't want to party with the likes of Cory Kennedy, Vashtie, blogger Mordecai Rubinstein, blogger Jayne Min, Fresh Off the Boat's Eddie Huang, and the member of NYC-based band, Skaters!? We certainly do! Go ahead, give in to your curiosity and take a peek at our dinner's photo gallery here.